Following Thursday’s race, only 73 riders finished the race while 15 abandoned due to various reasons.

The competition reserved for cyclist below the age of 23, organised by Vivendi with technical support for the International Cycling Union heads into its third day on Friday as cyclists will undergo 101.8km criterium race in Yaounde before concluding with the last stage of the tour where cyclists will ride 80.5km from Akono to Yaounde on Saturday.

The best two riders at Tour de l’Espoir earn automatic tickets to participate at the 2018 Tour de l’Avenir in France, a race regarded as the U23 version of the famous Tour de France. 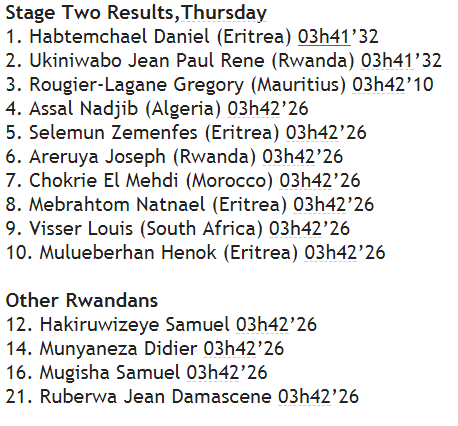 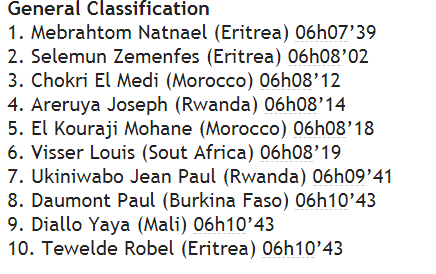