Without A Gun, Uwemeyimana Saved 119 Tutsi 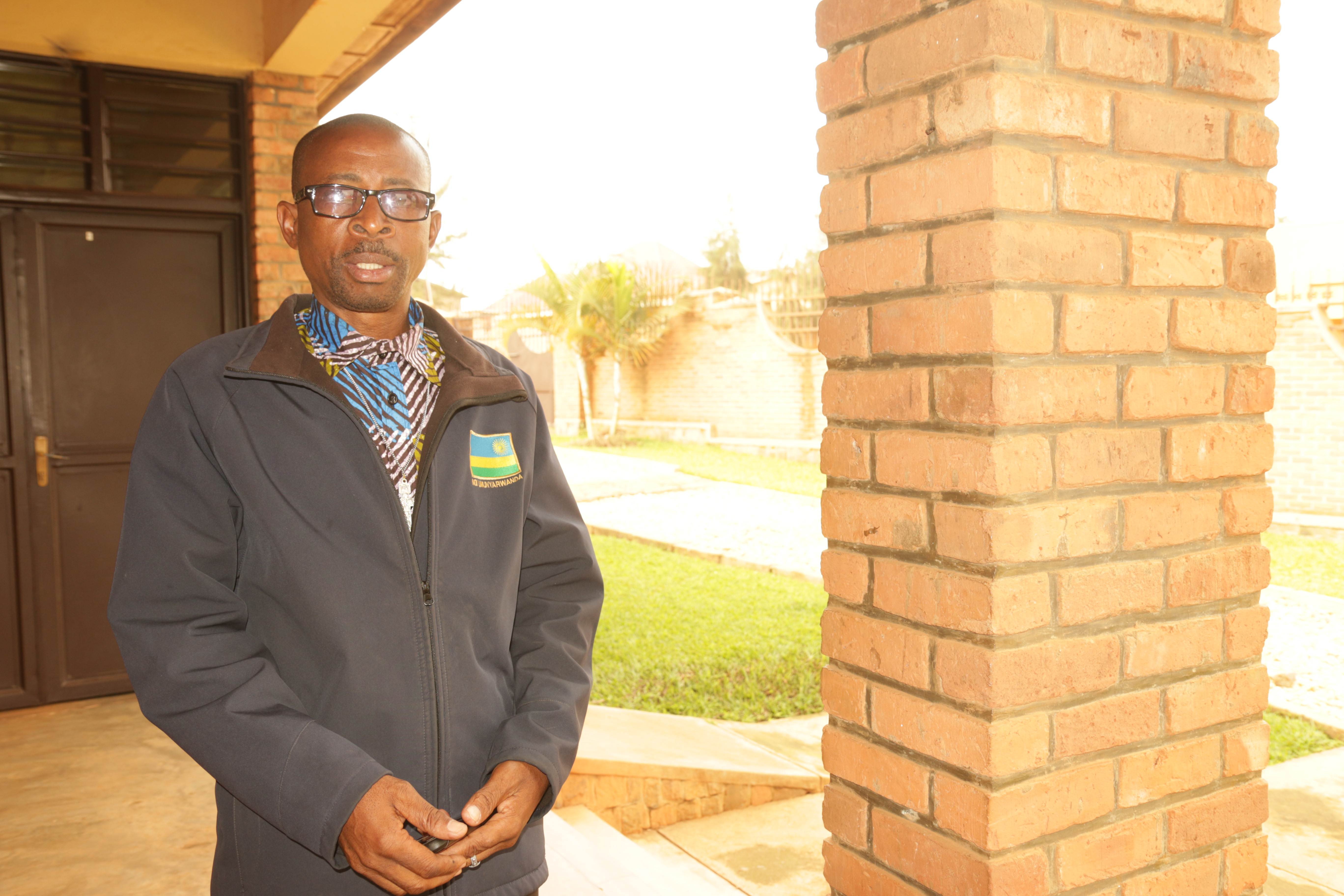 Aloys Uwemeyimana faced death threats but he was such determined that he helped 119 Tutsi cross to DRC. They survived the Genocide; many of them are still alive

Notorious convicts of the 1994 Genocide against Tutsi, including senior military officers, Ministers and opinion leaders of the Genocidal regime have always defended themselves saying that they did not have power to shield Tutsi in front of the mad interahamwe militia.

However, Aloys Uwemeyimana 56, a common Rwandan in the remote Nzahaha sector, Rusizi district is testament that what it takes is not the number of armed people behind you, but rather a sympathetic, human heart, ready to put their life on the line for others if need be.

The notion of securing and protecting the defenseless became part of his life from the time he entered the Xaveri Movement in the Catholic Church and later on Red Cross.

This spirit to save was even reinforced when he was ordained a catechist for Nzahaha sub parish, which made him feel that he had to act as a real shepherd who gives his life for his sheep in biblical sense.

This was coupled with his family values where his father always told his children never to tolerate injustice and partiality.

In 1991 when the multiparty system was legalized in Rwanda, he saw violence coming and ordered that, no Christian should enter the church with party insignia.

“I borrowed a room at a primary school near the church where anyone with political party clothes and emblems would leave them before coming to church and take them back after the service,” Uwemeyimana remnices.

“This helped me to stay impartial.”

When the Genocide escalated in his region on April 9th, 1994 Uwemeyimana received four Tutsi form his region who were leaders of opposition parties, the Liberal Party in then Gishoma Commune.

The then ruling party used to call them traitors since the October 1990 when Rwanda Patriotic Front (RPF) Inkotanyi attacked Rwanda and they had sworn that they would kill them. He hid them.

To declare an official ‘launch’ of the killings, Interahamwe killed Williams Mihigo, a Tutsi who run a retail shop at Gishoma market.

This warned Uwemeyimana that it was time to act.

“Since those killers were my ‘Christians’ they started reading to me the list of Tutsi they were looking for and on top were the four people I was hiding,” Uwemeyimana said.

“I was shocked to hear such a bad intention and when I disclosed my determination to save the Tutsi to my neighbours, I realized they had also turned bad people,” he said.

However, one of the neighbours accepted to help Uwemeyimana get the Tutsi across Lake Kivu to flee to the neighbouring Democratic Republic of Congo (DRC), then Zaïre.

From this neighbour, Uwemeyimana also went to narrate his burden to his church leader.

Fr Antoine Habiyaremye who would become a good partner in this project to save the Tutsi told him, “Apparently, hiding Tutsi from the church is a bad idea because Interahamwe are demolishing churches across the country.”

He said, “The best idea is to hide them in our families.”

Back home, Uwemeyimana found 68 Tutsi had already sought refuge in his sub parish and he remembered the tip, took them with him and they joined the four already at home. 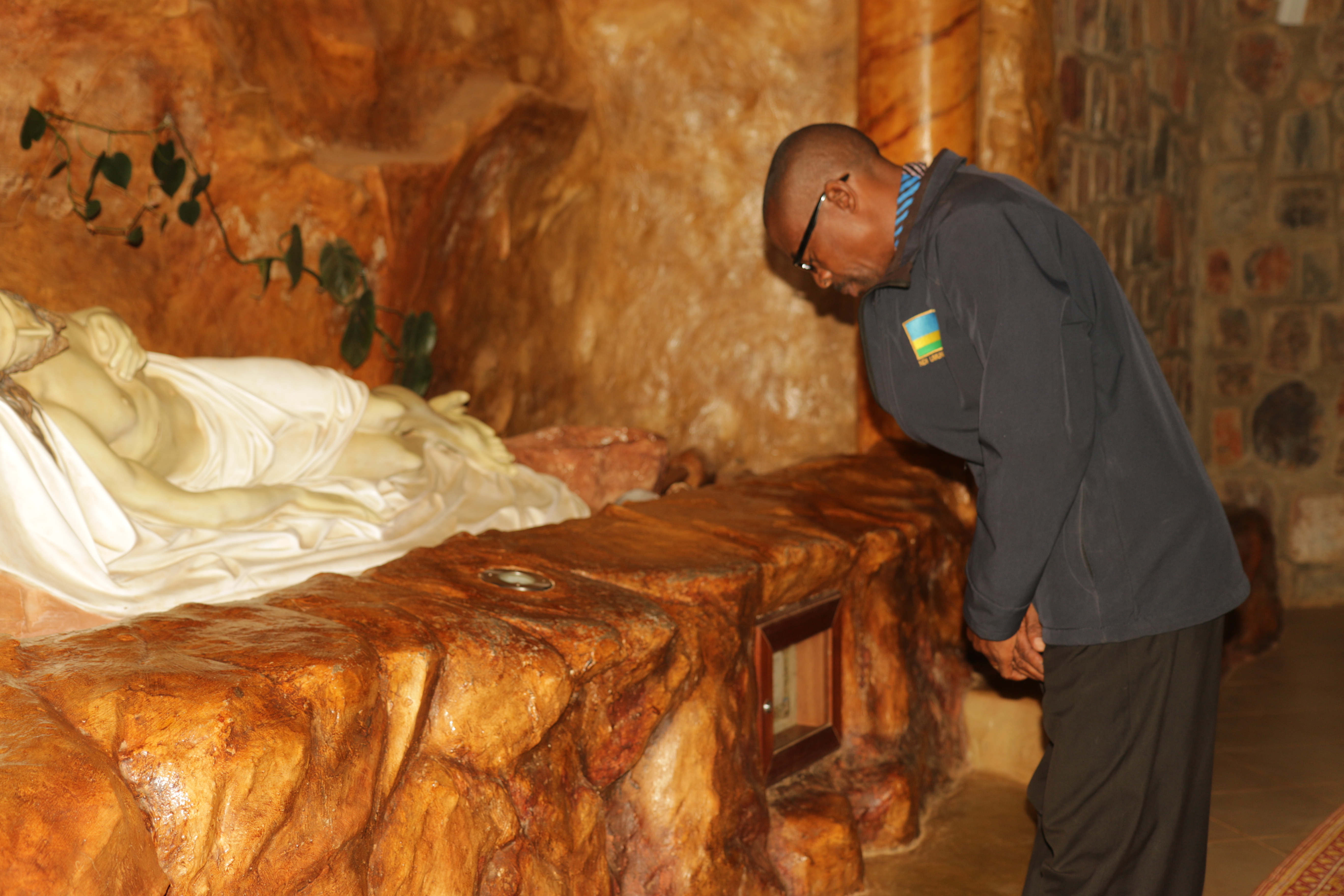 He held a meeting and convinced all of them to follow him to the border with DRC so that they could cross.

“All of you, follow me and whoever is afraid, let him know that I am determined to save you,” Uwemeyimana told them as he led them to the border, alone, at night.

Once at the border, a terrible roadblock by Interahamwe was raised, and Uwemeyimana negotiated them to let his people cross to DRC.

“At first, negotiations were going smoothly, but when they saw the four people on the red list, they exclaimed and said; we can let everyone go, not them.”

Strategic as he was, Uwemeyimana started reminding his preaching at church and reminded that it is always rewarding to save people’s life.

But knowing they were also hungry for money, he asked them to propose a ransom for them to cross.

“One thousand francs for each of the four, one hundred for the rest,” proposed one militia and Uwemeyimana paid and they crossed to DRC.

News spread that Uwemeyimana was shielding the Tutsi, and barely had he arrived home than they stormed his house from Bugarama and neighbouring Burundi.

“You helped many Tutsis escape. As a punishment, any other Tutsi we are going to find around here you will kill them yourself, otherwise we will kill you,” he quoted them as saying.

Determined, he told them, “I can never raise my hand to kill a human being.”

The militia was angry but failed to do anything against him, all they could afford was to report him to their boss, Jean Chrisostome Nkubito the Gishoma commune burgomastre.

On April 16, 1994, he ordered them to bring Uwemeyimana alive or dead. 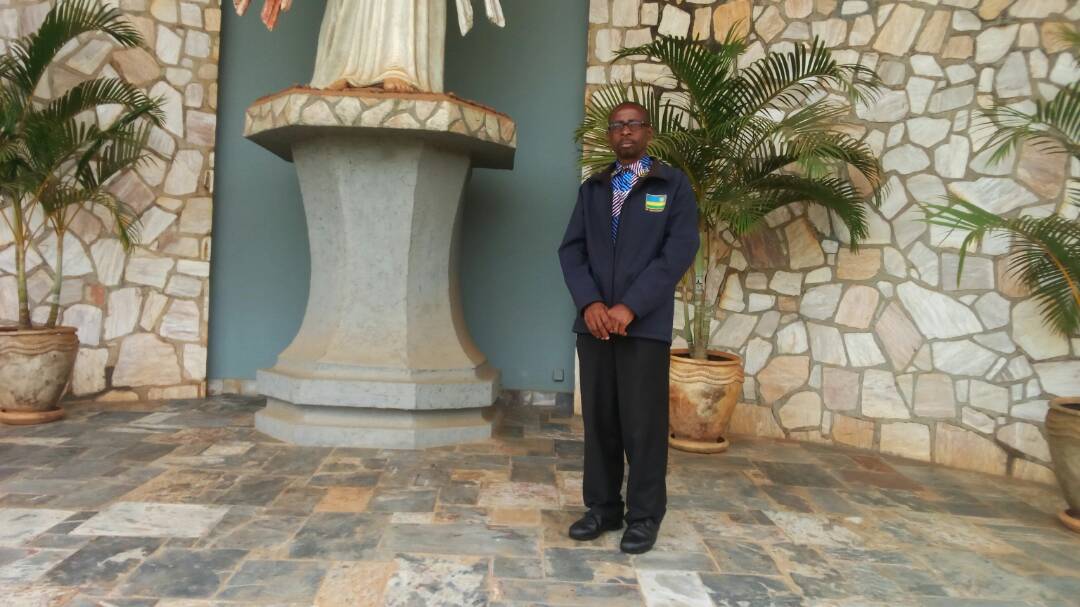 From that day, some Interahamwe who were his friends warned him there was a plan to kill him and told him to hide.

“I was remaining with my mother-in-law, also a Tutsi with her four relatives who all needed to cross to DRC. I could not abandon them,” he recounts.

On April 20th, he took them to the border, paid Rwf 1,200 for each and they were allowed to cross.

When news reached Mushaka parish’s Fr Habiyaremye, he requested Uwemeyimana to also escort other Tutsi who had survived the massacre at Mibirizi and Mushaka parish.

This time, Interahamwe resisted and there was a scuffle umtil DRC soldiers almost shot at them suspecting a threat and the Interahamwe gave up.

Uwemeyimana continued his mission to save every person who could seek refuge with him and whoever he could know their whereabouts.

He still has fresh memory of  how he helped 119 Tutsis to cross to DRC.

In November 2015, Uwemeyimana was among seventeen Rwandans who were nationally recognized as ‘protectors of friendship pact’ for their heroic act.

Uwemeyimana was chosen by God to do this wonderful but dangerous job. God will continue to bless him

May God grant him many years

May God bless Uwemeyimana for his heroic acts. He will be rewarded by the Lord for his love and sacrifice.