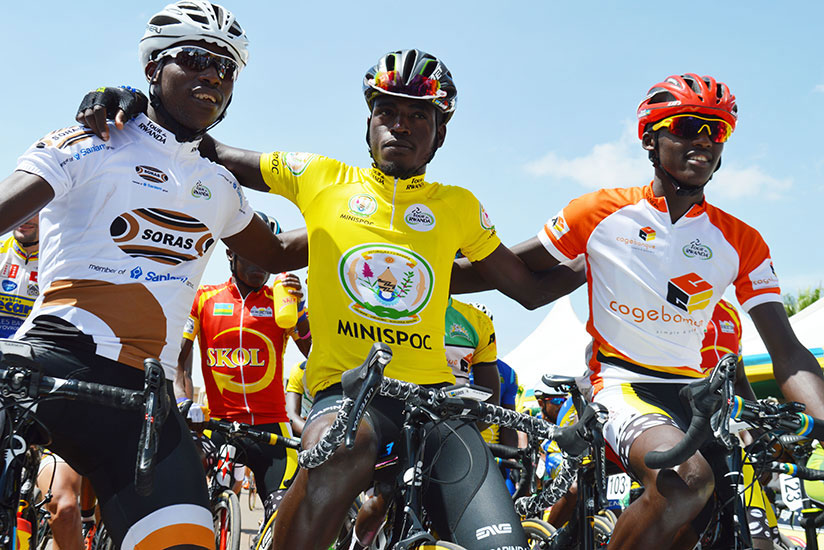 The opening day started with a presentation ceremony of all the participating teams before all cyclists took part in the 92km first stage race in Douala.

Another Eritrean rider Selemun Zemenfes posted a second-place finish coming 27 seconds behind his countrymate as he clocked 02h25’51.

Besides Areruya, Ukiniwabo Jean Paul Rene finished in the top ten as he settle for 7th position after clocking 02h28’17.

The competition reserved for cyclist below the age of 23, organised by Vivendi with technical support for the International Cycling Union heads into its second day on Thursday as cyclists will be riding over a 147km race from Idenau to Douala.

The third day of the tour will involve a 101.8km criterium race in Yaounde before concluding with the last stage of the tour where cyclists will ride 80.5km from Akono to Yaounde.

A total of 17 teams from 15 countries namely; Algeria, Burkina Faso, Cote d’Ivoire, Cameroon, Democratic Republic of Congo, Eritrea, Ethiopia, Morocco, Mali, Mauritius, South Africa, Rwanda, Tunisia, Vietnam and Egypt are taking part in the cycling tournament competition which will traverse in three Cameroonian regions of Littoral, the Southwest and the Center, especially in the cities of Douala, Idenau, Limbe, Yaounde.

The best two riders at Tour de l’Espoir will book ticket to compete at the 2018 Tour de l’Avenir in France, a race regarded as the U23 version of the famous Tour de France.

Without A Gun, Uwemeyimana Saved 119 Tutsi