Ten girls have been given support that will expose them to the digital world and help them start university studies with a smile.

Scholastic materials, ICT training and money to open an account on top of a laptop, make a package that Imbuto Foundation has awarded to the ten Best Performing Girls (BPG) who graduated from secondary school (A- level) this year.

“The purpose of the training is to equip the girls with basic IT skills, and ease their transition to university education,” Imbuto Foundation officials said. The girls come from various schools of the country. 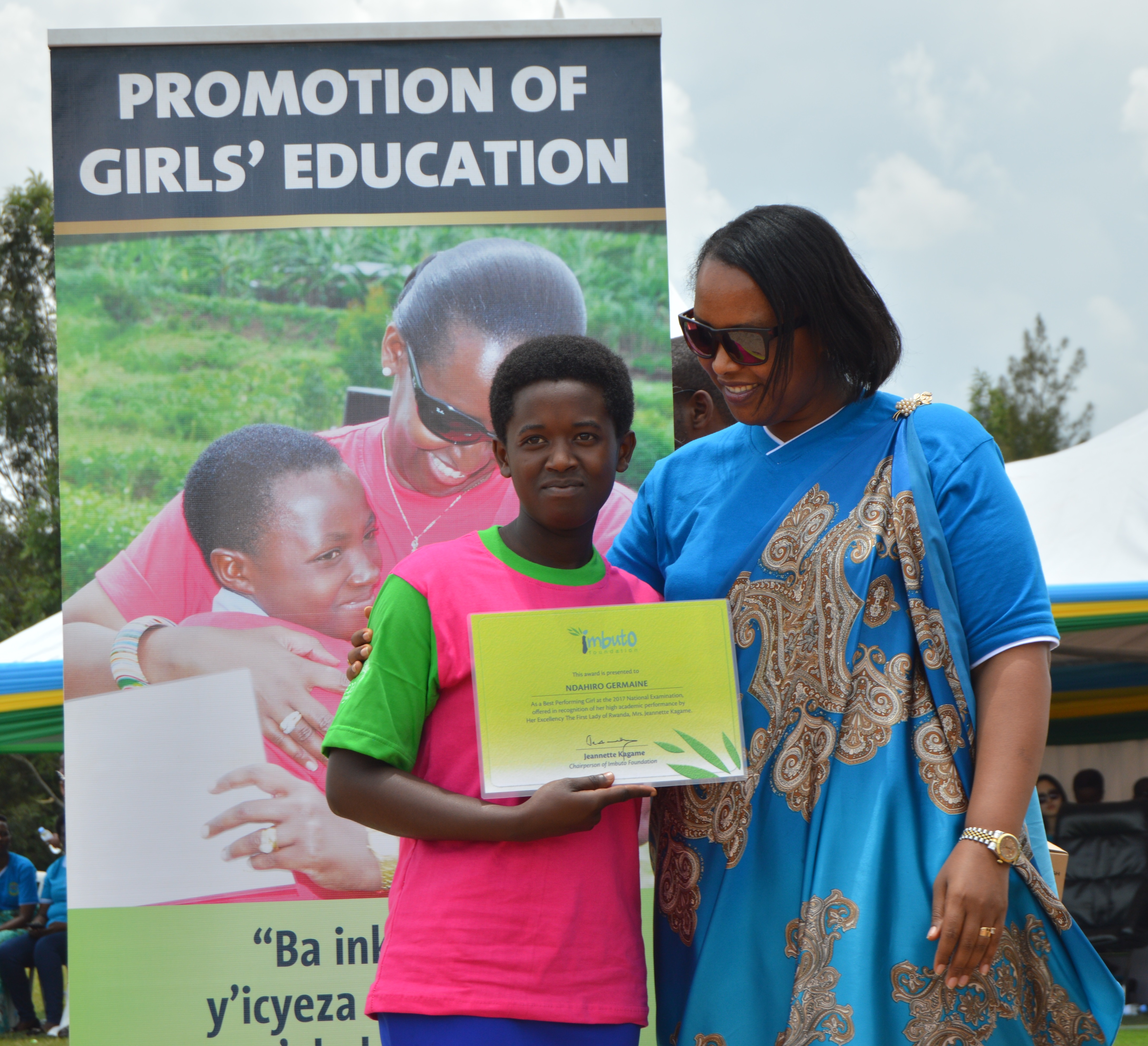 The rewards from the organization whose founder, First Lady Jeannette Kagame  were handed to the students on a strategic day – the International Women’s Day in Shyogwe, Muhanga district.

Imbuto Foundation chose two officials who can better communicate a message to the girls that they would always remember and make more strides.

The Minister of Gender and Family Promotion, Nyirasafari Esperance, and Minister of State in charge of TVET Olivier Rwamukwaya attended the event and spoke to the girls.

They were joined by the Governor of Southern Province, Mayor of Muhanga District, as well as the Director General of Imbuto Foundation, Sandrine Umutoni.

Rewarding the best performing girls has become a tradition at Imbuto Foundation.

Since the foundation began the campaign in 2005, over 4,600 girls have been recognised and rewarded.

Imbuto Foundation indicates that historically, girls have faced social, economic and cultural barriers that have prevented them from performing as well as they could.

Media messages, promotional materials, inspirational role models, community mobilization and partnerships with the Ministry of Gender and Family Promotion (MIGEPROF), Rwanda Education Board (REB), Tumba College of Technology, “provide a platform for these barriers to be broken, so that young Rwandan girls can truly succeed,” reads a statement by Imbuto Foundation. 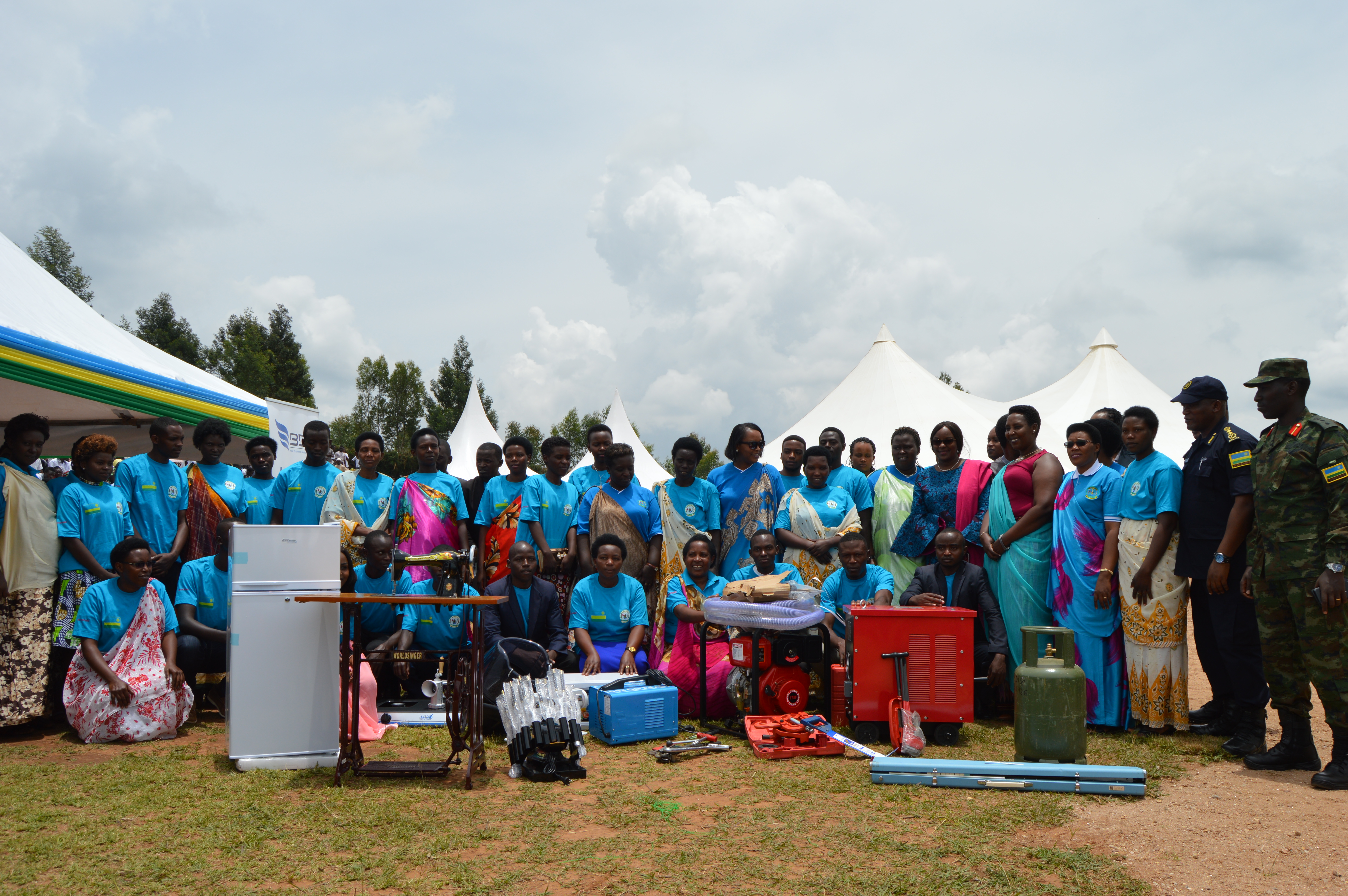