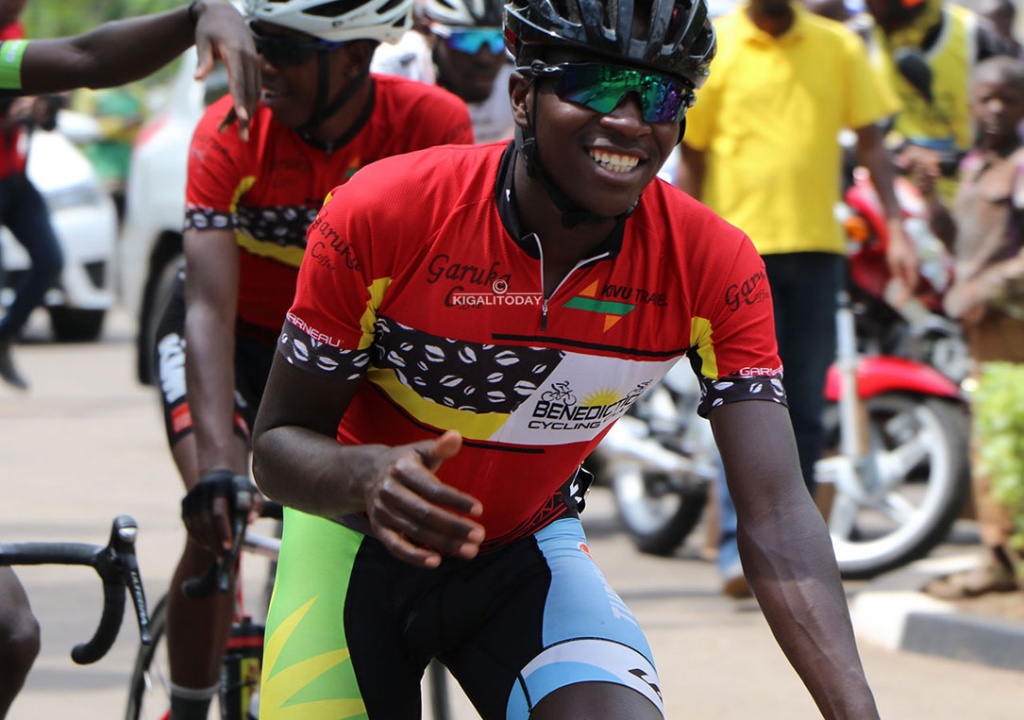 Munyaneza Didier seen in a past Tour of Rwanda race, won the opening serie of Rwanda Cycing Cup which concluded in Huye District on Saturday.

The Memorial Lambert, named in honor of the former Rwanda Cycling Federation’s vice president Lambert Byemayire,was the first of a selection of 11 long distance and challenging races up and down Rwanda.

Munyaneza clocked four hours, fourteen minutes and thirty eight seconds to win the opening leg of the rigorous Rwanda Cycling Cup which has a total of 11 series.

In the women category, Muhazi Cycling club rider Irakoze Violette came ahead as she clocked2h33’03 over 81km distance.

In the junior boys’ category, it was still dominated by Benediction as Nzafashwanayo Jean Claude and Muhawenimana Jean Claude clocked a joint 2h27’37 to come ahead of Amis Sportif rider Mugisha Albert who finished third in 2h30’38.

Following the climax of the Memorial Lambert Byemayire, riders will now take time to prepare for the Farmers’ Circuit (Kayonza – Gicumbi) scheduled to be held on May 19, 2018.

Now in its fourth edition, Rwanda Cycling Cup will once again showcase some of Rwanda’s best riders and teams going head to head with young riders competing against the country’s top cyclists.

The 2018 series will climax with a circuit in Kigali on December 15.

New Genocide Remains Uncovered in Kigali, They were in Possession of IDs

NEF2018 to Come Up with New Science Formulas