Where are Rwanda’s Big Health Promises? 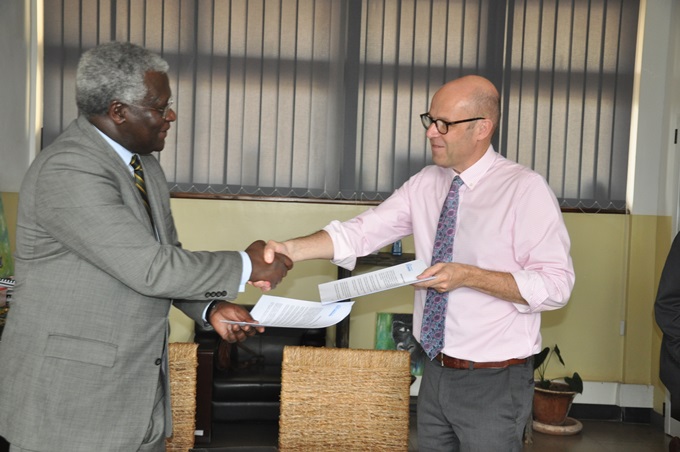 Relief is around the corner for patients who have been spending a fortune to seek medication abroad.

Rwanda is completing important health projects that could make the country a regional hub for medical services and cut down on the cost patients incur in countries like India, South Africa, Kenya and others.

Yacoub announced plans to establish a world-class heart centre – the first of its kind in Rwanda.

The centre, if completed, will save thousands of Rwandans that have been sent abroad for heart treatment.

According to Ministry of health officials, it costs at least Rwf25 million ($29000) for a patient to seek heart treatment abroad.

This means that if the centre comes to Rwanda, heart patients would always find better and affordable services in their proximity. 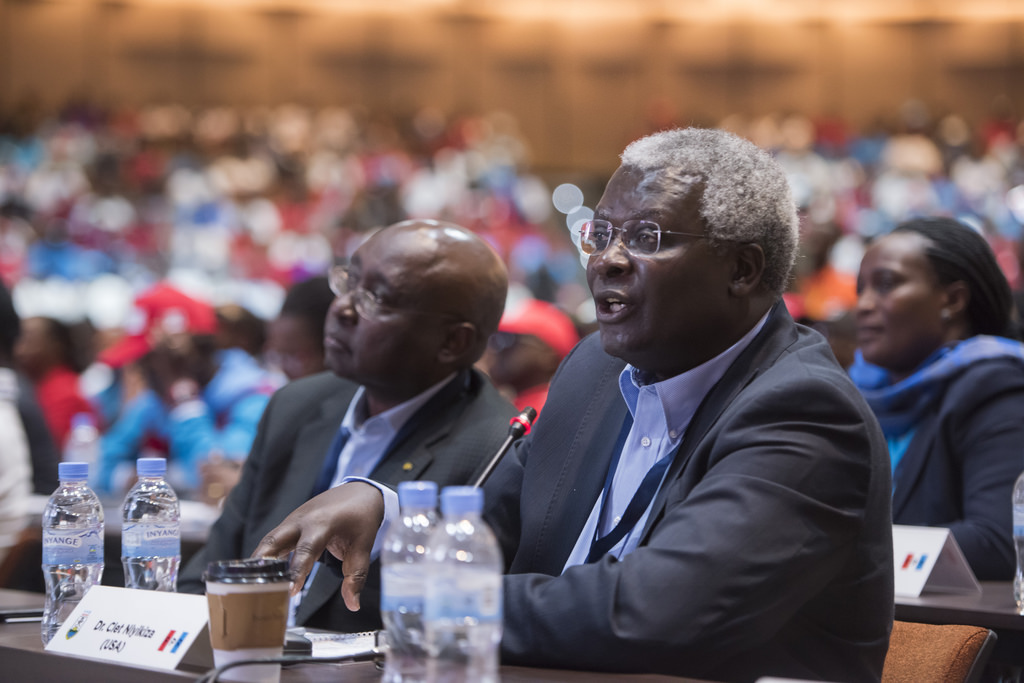 But when should Rwandans expect to see the centre up and running?

Sir Magdi Yacoub has vast experience in heart treatment. He is currently a Professor of Cardiothoracic Surgery at the National Heart and Lung Institute, Imperial College London and Founder and Director of Research at the Harefield Heart Science Centre (Magdi Yacoub Institute).

There is much anticipation from Rwandans to see the first ever radiotherapy cancer treatment centre.

In November last year, Health Minister announced at African Cancer Conference that the country was working on a project of Radiotherapy Cancer treatment Centre.

The country’s Butaro Cancer Treatment Centre in Burera district, Northern Province does not have such services. 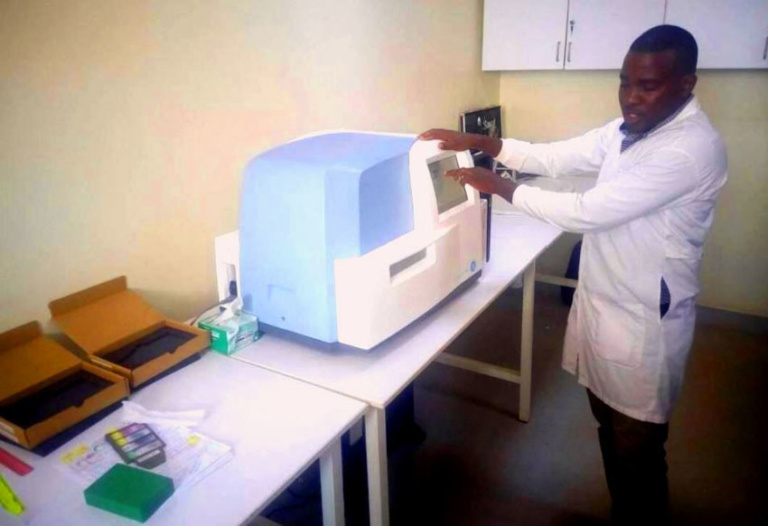 A doctor shows how the radiotherapy machine in use for cancer treatment works.

But these services are around the corner.

“The Radiotherapy Centre will be up and running in September this year from Kanombe Military hospital,” Minister Gashumba told KT Press.

Cancer has become a leading cause of indisposition and mortality worldwide – with approximately 14 million new cases and 8.2 million cancer-related deaths every year, according to World Health Organisation (WHO).

In Africa, 60% of cancer cases require radiation, and Rwanda has been sending patients outside the country – mostly India for such medical services.

Drugs Made In Rwanda

Within one year, Rwandans will have access to locally-made pharmaceutical products.

According to Minister Gashumba, two Pharmaceutical plants are under construction.

“We expect that the plants will be operational before end of next year (2019),”she said.

The plants include L.E.A.F. Pharmaceuticals LLC – a global pharmaceutical company located in the historic area of Valley Forge, Pennsylvania, USA.

Owned by Dr. Clet Niyikiza – a Rwanda Scientist, L.E.A.F. will focus on establishing Rwanda as a hub for biotechnology Research and Development (R&D) as well as pharmaceutical manufacturing in Africa.

Meanwhile, in December last year, a foundation stone was laid to kick start construction of another pharmaceutical plant.

The $6 million plant built on a 20,000 square meters at Kigali Special Economic Zone will, in its first phase, produce non PVC Intravenous bags, oral solid dosages and all tablets including painkillers, and antibiotics.

Copa Pharma deal in Rwanda was signed during a joint press conference between President Paul Kagame and King Mohamed V of Morrocco during a visit to Rwanda in 2016. 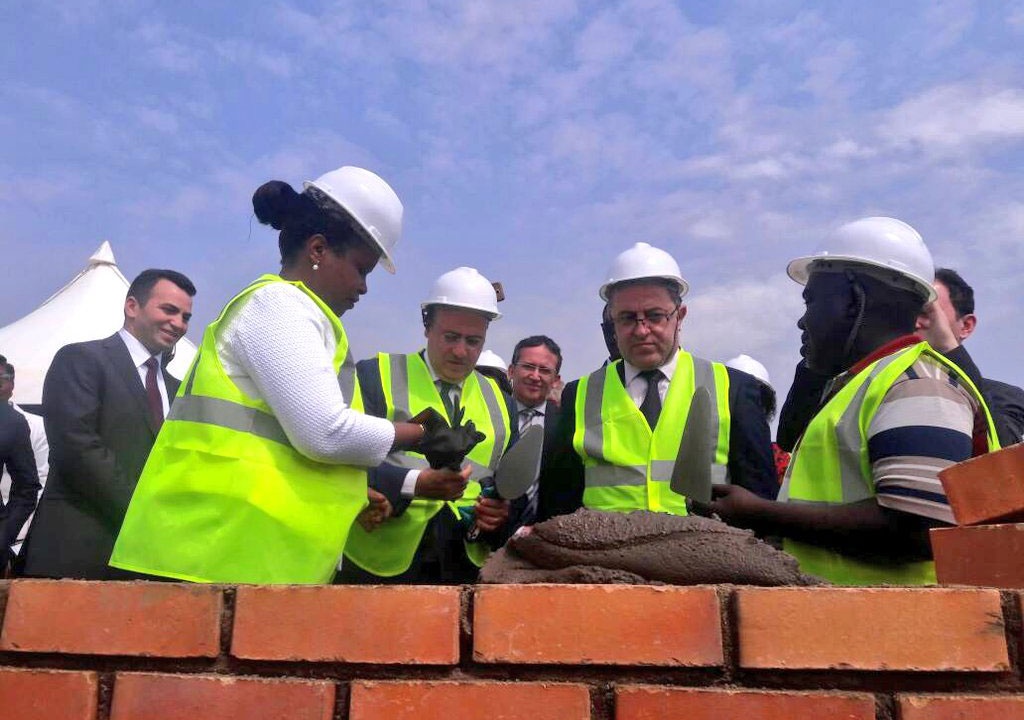 Without revealing more details, Minister Gashumba said another Pharmaceutical plant has been granted license to start operations in the country.

“The new plant was given license last week. The owners haven’t started construction process, but will be done soon,” she said.

With the Drone port project already saving lives through instant supply of blood, more pledges have been made to change Rwanda’s health sector.

For instance, during Rwanda Day in Belgium in June last year, Dr. Patrick Mwamba – a hair transplant specialist and owner of World Hair Transplant Center (WHTC) in Brussels, Belgium, requested President Kagame to help him achieve his dream of extending his services to Rwanda.

In response, Kagame said: “We need you to deploy your skills in Rwanda. The only question is when you are coming to start your investment in Rwanda.”

Dr Gashumba said several other promising projects are in pipeline, but did not reveal more details.