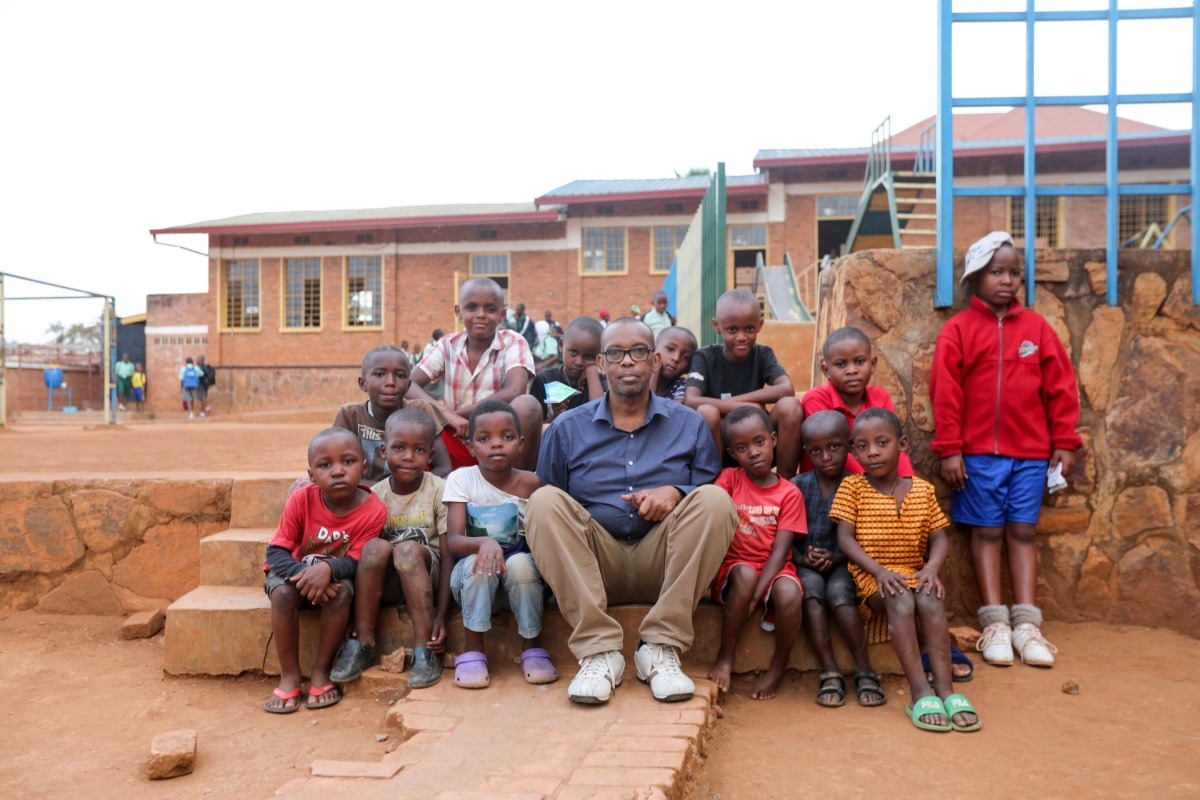 Brandon Stanton – an American author, photographer, and blogger who tours the world to tell stories of particular communities has already raised about $ 400,000 in three days in a fundraising whose inspiration came from Rwanda.

Stranton was in Rwanda last week where he gathered testimonies of Genocide survivors and those who rescued them, or contributed to the rehabilitation of the Rwandan community in a way or another.

He as well met President Paul Kagame who also narrated how hard it was to take the country from ash to glory.

Among other testimonies, Brandon met Damas Gisimba a Rwandan philanthropist who run an orphanage he inherited from his father until recently when Rwanda closed down orphanages.

The Gisimba Orphanage has been managed by three generations of the Gisimba family.

It has sheltered thousands of children over the years, many of who were orphaned by violence.  During the 1994 Genocide, ‘Papa Damas’ Gisimba rescued the lives of hundreds of people by turning the orphanage into a safe haven for Tutsi refugees.

“As we chronicle his story on Humans of New York, we are raising money to help him continue his work on behalf of children,” Brandon wrote over the week-end while launching the fundraising.

The funds which was $391,270 at press time will be used in two ways, according to Brandon.

First it will refund the Gisimba after school program in Nyamirambo – Kigali, a new project at the location of the former Gisimba orphanage.

“The Gisimba Orphanage has retooled to become a center for after school programs.  The Gisimba orphanage now provides trauma-informed activities and enrichment for underprivileged children in the Kigali area,” writes Brandon.

The funder believes that the money will be put to good use, because the Gisimbas are committee philanthropists.

“Continuing the family tradition, Dama’s son Patrick has just earned a graduate degree in Child Development from TCU, and will soon be returning to Rwanda to help his father expand the program.  Currently the center enrolls more than 150 children between the ages of three and eighteen.” 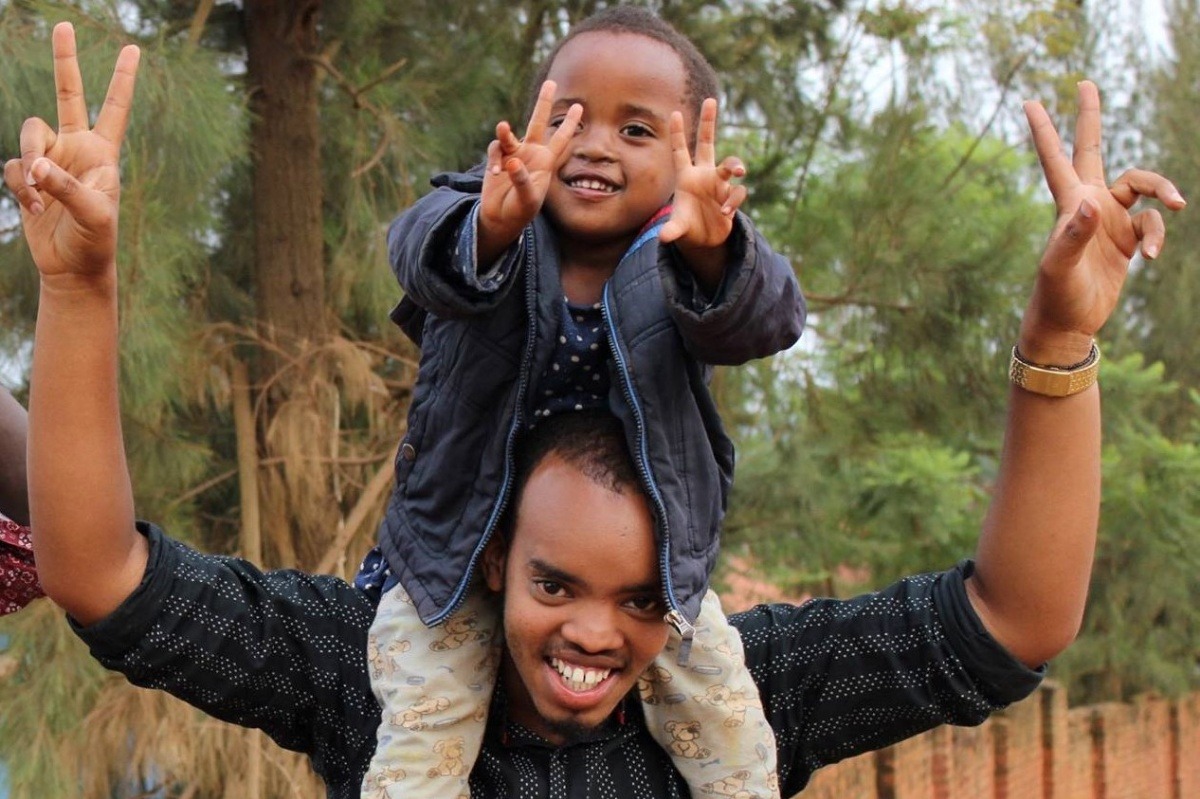 Pictured Above is Patrick Gisimba, the next generation of the Gisimba Family helping children in Rwanda

Brandon believes that the fund will serve a genuine cause.

“The expansion will increase the canter’s capacity so that more children can be given care and attention,” he said.

The story of Gisimba touched Brandon most particularly that he thought about using it to fund other communities in the region.

In this context, the second project in this fundraising is dubbed “Gisimba House for South Sudanese Children.”

“In honor of Damas Gisimba, we are also raising funds to build a house in Uganda for forty-five girls orphaned by the war in South Sudan,” Brandon writes on https://www.gofundme.com/HelpDamasHelpChildren .

The fund is meant to support an initiative of one Cathy Groenendijik whom the author calls a “lifelong advocate for children who has spent the last ten years managing a child protection center in Juba, South Sudan.

Initially, Cathy was protecting 100 child girls from violence and sexual exploitation, but when the conflict intensified in Juba, Cathy moved forty-five of these children to Uganda, where she was able to enroll them in boarding school.

“She needs our help getting these children settled in their new country.” Brandon writes.

“Your funds will be used to purchase a plot of land and build a house in Uganda, where these children will have a place to stay when school is not in session,” Brandon said.

“The house will be called The Gisimba House.  It will have dormitories and facilities for fifty children.  Any remaining fund will be used toward tuition and school fees.”

It was not for granted that the House will be called after Gisimba. The name marked the author.

He said when Gisimba learnt about the story of the girls in Uganda, he said he would love to help them as well while saying; ‘Love doesn’t have any borders.’

Meanwhile, Rwanda recognizes Gisimba as an outstanding citizen who showed zeal to save people in danger without fearing for his life.

In November 2015, he was nationally recognized among protectors of Friendship pact ‘Abarinzi b’igihango’.

An annual event organized by Unity Club, an organization of women leaders and spouses of leaders, the Friendship Pact award goes to people recognized for their heroic acts. 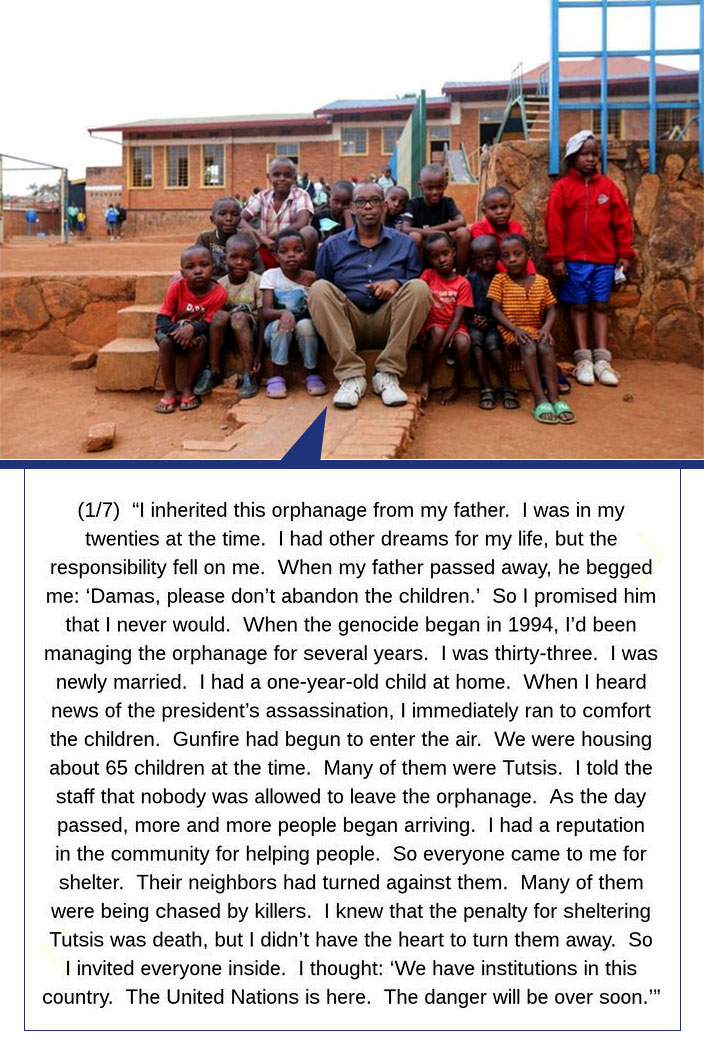