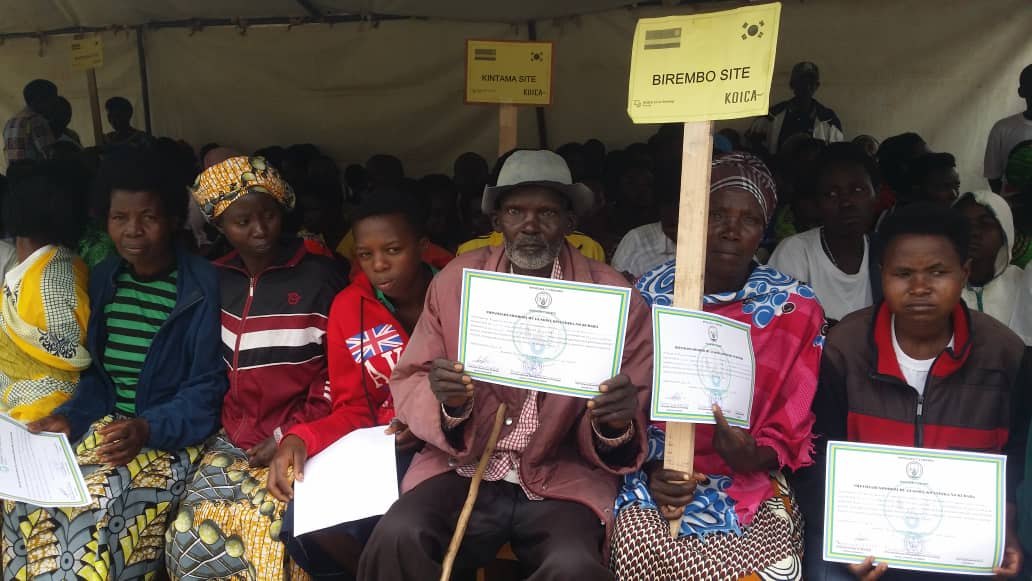 Etienne Safari(front line) shows his literacy certificate, one of his lifetime achievement

It was an emotional moment when Etienne Safari 82, was handed a certificate, recognizing him as a literate after eight decades of illiteracy.

The certificate is his only official document from Ministry of Education he had ever had.

Safari was born during an era when parents were not interested in education.

He started grazing his father’s cattle at the age of 7 in Muhanga district, Rucunshu village – currently Shyogwe sector.

“My parents never considered my going to school a priority during childhood. I thank God I can now read the bible,” said the convinced Christian.

“At the age of seven years, my father directed me to graze his cattle. I tried to ask him to take me to school, but he rebuked me saying that his cattle was the most important,” Safari told KT Press.

In a sign of acknowledgment, the graduates offered some gifts to, Seunghoon Woo GCS leader

When Safari turned 35 years, his late father Sylvester Muhire gave him fifteen cows. He then got married but started nomadic life to find greener pasture for his cattle which would double to 30 heads in ten years.

An idea of going to school vanished as responsibility to look after cows outweighed every other project until the 1994 Genocide against Tutsi when he rather sent his six children to school.

In March this year, however, Safari understood that he could not rely on his children anymore when it comes to reading his bible and counting.

He joined other 617 adults in the adult literacy program sponsored by Global Civic Sharing (GCS) – a South Korean development organization operating in Nyarubaka sector. The bunch – which is the program’s 4th intake, graduated on December 10, 2018.

Amongst the finalists, Safari and 40 colleagues were awarded with a certificate of Excellency after scoring 90% marks. 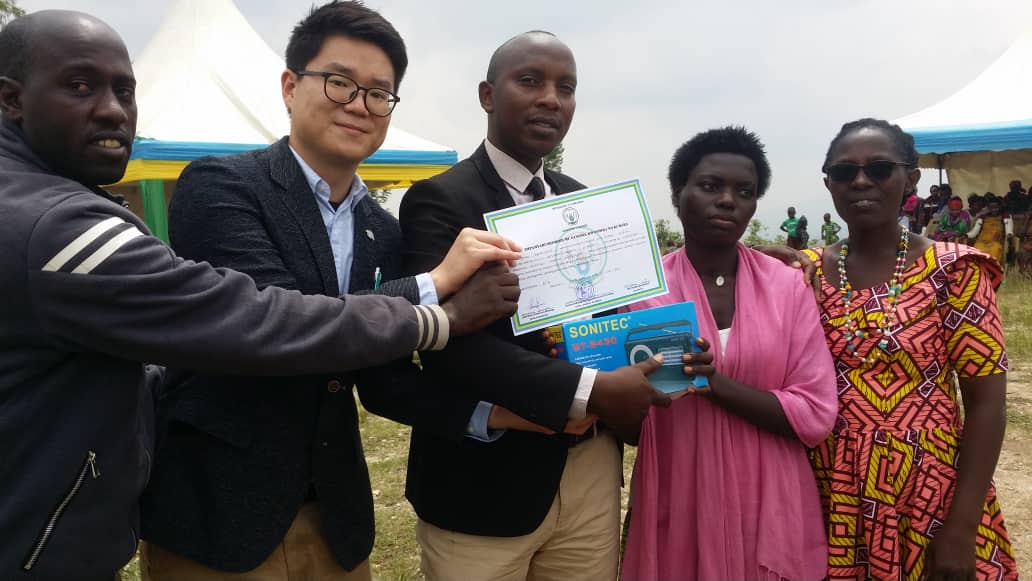 Radios, certificate of completion were among other rewards given to graduates

Seunghoon Woo – GCS Project Manager acknowledged the performance of all finalists in general for enduring the 7 month training which is paying off in the end.

“You did a good a job. Literacy is important in this world. You now understand how writing and counting is equally important in your lives,” he said.

“Start writing letters to local authorities on things you wish they should do, keep reading so that you do not forget. This is just a beginning of a new journey.”

Since inception of adult literacy program, GCS has graduated over 1500 adults from 22 teaching sites of Nyarubaka sector.

CECAFA U-20 Championships Adjourned to January 2019