NBA to Start Pre-selection in Rwanda 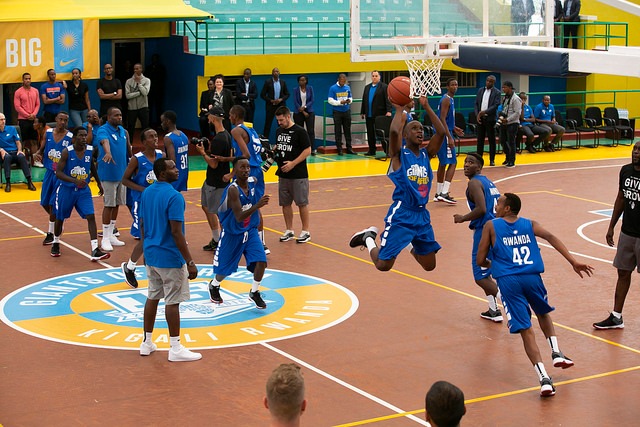 NBA interested in Rwandan talents. in this photo, Giants of Africa, is an another initiative of NBA players from Africa who come to train Rwandan basketball players

At least 60 school basketball teams composed of 30 boys and 30 girls will take part in the selection process which will be held in all six divisions across the country.

This comes days after Rwanda signed a five years (renewable) Memorandum of Understanding (MoU) with North Central Texas Academy to grant, every year, five to ten scholarships to selected Rwandans under 17 years old.

“The students will compete in their respective zones, and we will be looking for best talents,” said Shema Butera, the Executive Director of Rwanda Basketball Federation (Ferwaba).

Butera said that the commencement of the January league will be communicated as soon as it is decided on by the federation.

With only one Rwandan in the NBA, Frank Ntilikina who plays for the New York Knicks, the scholarships programme is expected to steer competition among local talents and source advanced game skills.

Rwanda: African Think-Tanks Say Insecurity Is a Threat to AfCFTA