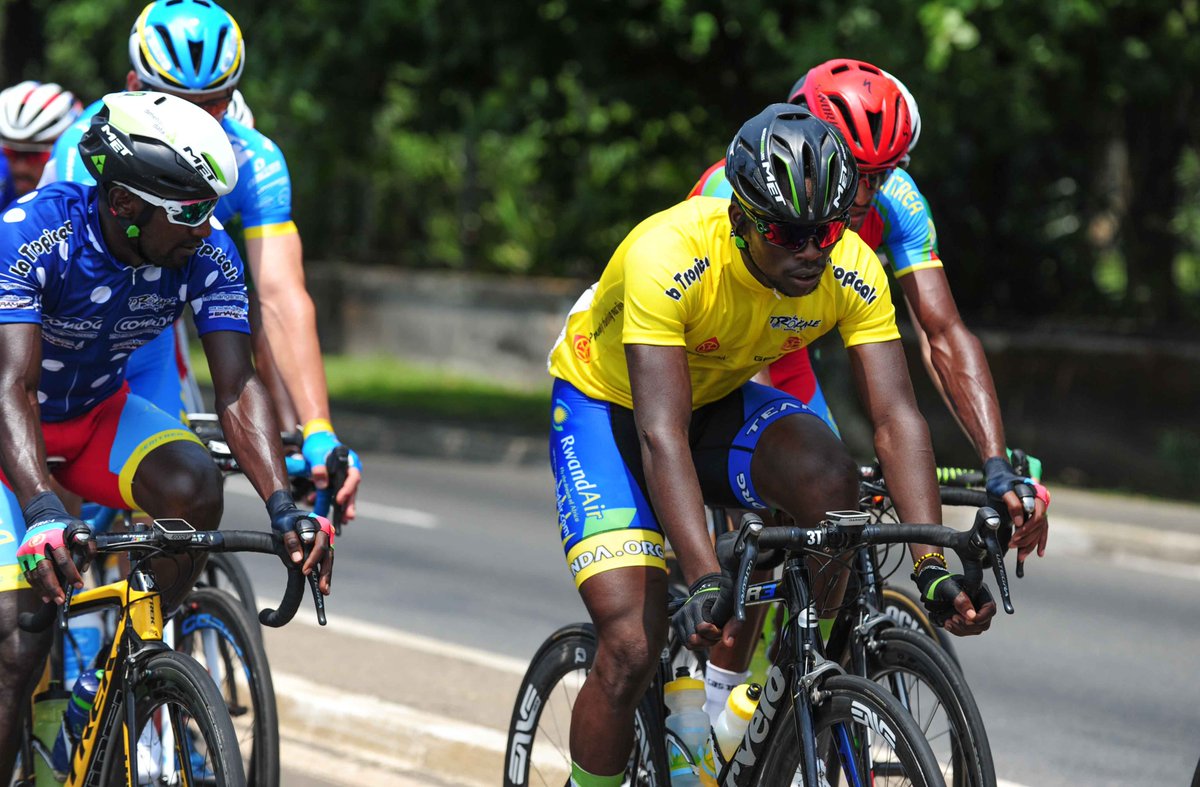 The 2018 winner of Tropicale Amissa Bongo, Joseph Areruya will put his title back in challenge leading the national team of Rwanda

Team Rwanda departs for Gabon tonight ahead of the 14th edition of the Tour of La Tropicale Amissa Bongo which will run from January 21 through to 27, 2019.

The annual event, which was held for the first time in 2006, is a road race and is part of the UCI Africa Tour.

Areruya who is the first Rwandan and third African cyclist to win the annual race, only after Eritrean Natnael Berhane in 2014 and Tunisia’s Rafaâ Chtioui in 2015 is expected to face stern challenge in his bid to retain the title.

Ninety riders are expected to the start of the first stage of the 2019 La Tropicale Amissa Bongo race on Monday between Bongoville and Moanda. Forty three riders will be making their debut on the roads of Gabon.

Among them will be the return of Daniel Teklehaimanot, an icon of African cycling icon who has notable accolades not only in African cycling but even on the global scene.

The Eritrean born rider professional won the best climber jersey in the 2015 Tour de France, was 7th Overall in 2017 Tour of Austria and is an Eritrean triple national road champion among others.

French cyclists have dominated the race finishing first in 9 of the 13 editions. Natnael Berhane of Eritrea broke the French domination when he became the African cyclist to win the race in 2014.

Should Rwanda’s most decorated sports personality reclaim the competition’s title next month, he will become the first African and only the second cyclist to win it more than once, following in the footsteps of former French professional rider Anthony Charteau who clinched it a record three times, having won it uninterrupted from 2010 to 2012.