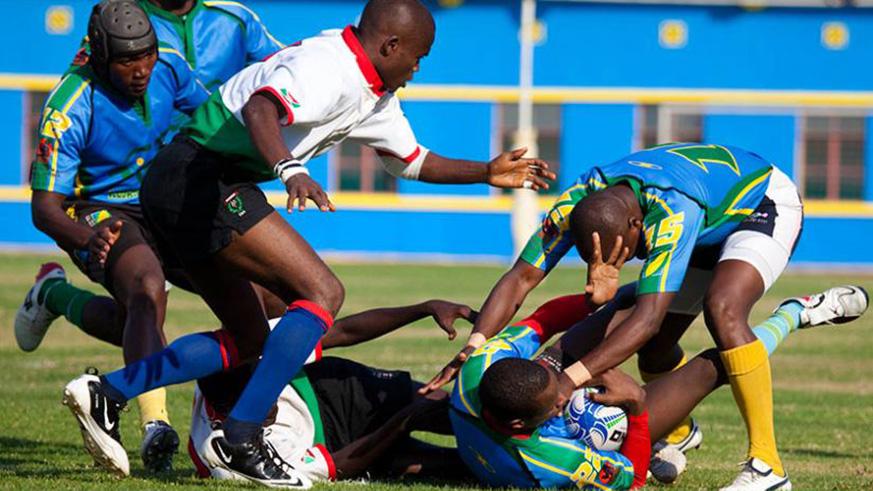 Silverbacks seen here in a past competition will take part in the Africa Silver Cup slated for June this year.

Rwanda will face hosts Ivory Coast, Senegal and Mauritius in Group B whose matches will be staged from June 13-24, 2019 in Abidjan.

The Silverbacks earned promotion last year to what is dubbed “Africa Silver Cup” following the Africa Rugby Federation’s move to increase the number of teams from six to eight.

Back in May last year, Silverbacks, staged up as below-par performance at the Africa Bronze Cup in Ghana were they finished third out of countries that also included the hosts, Mauritius and Lesotho.

According to Rwanda Rugby Federation, the Silverbacks will be managed by Technical Director Claude Aime Ezoua. Preparations will start after the end of the first Round of the national league with training scheduled for early May, 2019.

Group B is composed of Madagascar, Ghana, Botswana and hosts Nigeria and will be played from June 6-17, 2019.

The winners of Africa Silver Cup tournament get promoted to the top tier Africa Gold Cup tournament, while the bottom side is relegated to Africa Bronze Cup class.