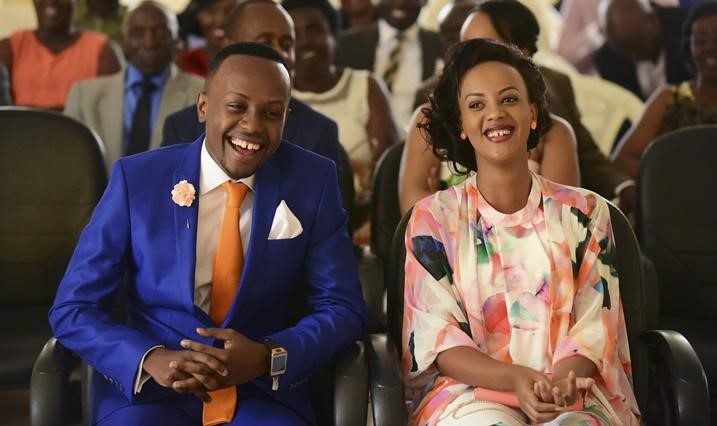 Local producer, Kina music boss, and singer Knowless’ husband Clement Ishimwe surprised many live on the radio when he said that he loves to see male fans chasing her wife because he knows its money coming.

Over years people have been asking themselves how Clement feels or deals with pressure of marrying a music star, hot and sexy in the city of fully loaded lads who dream of bedding Knowless Butera at any cost.

Speaking to KT Press, producer Clement admitted that he always feels happy when her chaps keep on chasing the diva sighting it’s good for show business.

“Seriously when men chase her I like it because I know those chaps will keep on cashing out on her concerts hence making lots of money at the end of the day,” says Clement

He added, “I accepted to marry her knowing what she does and if they stop having interest in her, then it will be a flopped business and of course, trust is all that matters”

The Yuda hitmaker is one of the sexiest musicians across the country and even though she’s married, men can’t stop from showing love interests towards her.

She once admitted that she thought after getting married and having a baby, men will stop flocking her inbox but the number has increased overwhelmingly.

Clement has gloomed Knowless from scratches to riches and currently, she is one of the top-selling female musicians across the East African region.