At a time when cybercrimes remain among the biggest emerging crimes in Rwanda, chances of hackers being employed remain an open possibility, but after one serving their sentence if convicted by courts.

“We think that this is not a good way of head-hunting for highly skilled people, but they (hackers) have to be punished and educated in prison, and when they are done with their punishment, it’s then that they can be considered as skills to society,” Kalihangabo.

Kalihangabo was responding to a question raised by Idi Gaparayi, the Dean of School of Law, University of Kigali (UoK) on whether it’s possible to bring on-board young hackers to support society in curbing cybercrimes which are increasing in the country.

Hackers are persons with self-taught technology skills who work either in small isolated and discrete teams to break into an individual’s or organization’s data bases information for three common reasons – pleasure (fun), for money or use it against the owner.

These are categorized in three forms, white hackers, red and black hackers respectively of the above motivations.

Rwanda has currently given contractual jobs to two of its hackers, who are serving well according to Akilimali Shema, the Division Manager Cyber Crimes Investigation at RIB.

While cybercrimes are expected to cost the global markets, government and corporations are estimated to spend over $100 trillion in prevention of attacks in the next 10 years. 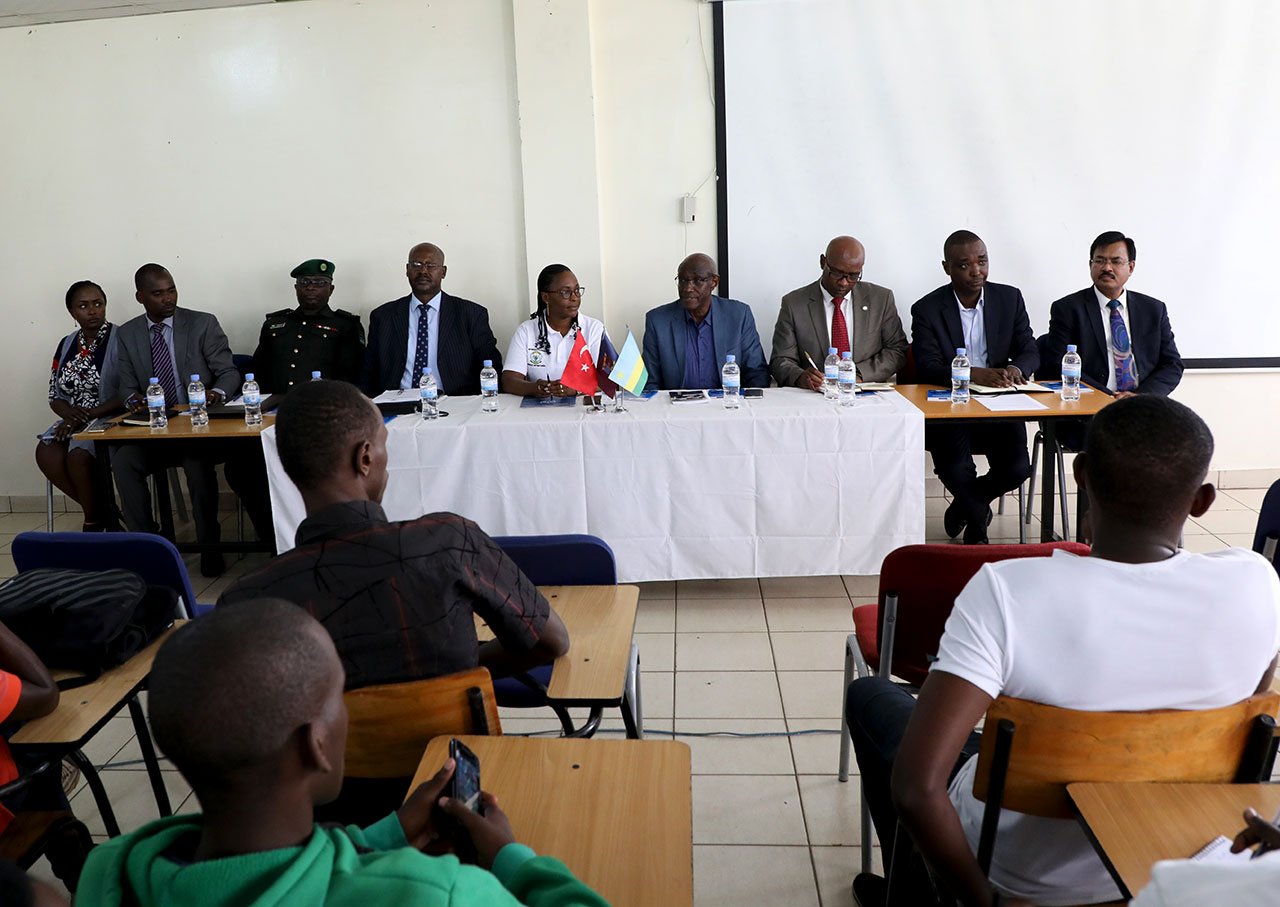 Prosecuted cases within last years’ statistics show that 3,307 drug abuse cases were recorded with 70% of the abusers being youths.

Cybercrimes cases that were recorded were 81 and 49 cases of human trafficking.

This adds to other existing top crimes within the community including; theft which holds the top position, murder, assault, forgeries, among others.

Kalihangabo said that the purpose of reaching out to university students was to prevent infiltration of emerging crimes, of which the youth are the biggest majority of victims and suspects involved in most reported cases.

“The biggest number of victims and suspects of these crimes are the youth and that is why they need to know how to fight them,” she said.