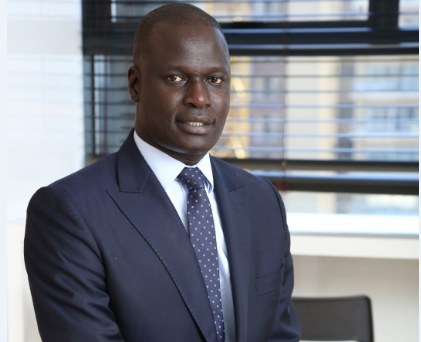 Fall will assume his role as BAL President immediately while assisting in the transition and search for a new Managing Director of the NBA in Africa.

“Amadou’s efforts to grow basketball and the NBA’s business across Africa have been extraordinary, and he is an ideal choice to lead the Basketball Africa League,” said NBA Deputy Commissioner and Chief Operating Officer Mark Tatum.

“This historic initiative will not only further enhance the game in Africa but also provide new opportunities in media, technology and infrastructure on the continent.”

The announcement about the NBA and FIBA’s launch of the BAL, which would mark the NBA’s first collaboration to operate a league outside of North America, was made at the NBA All-Star 2019 Africa Luncheon in Charlotte on Saturday, Feb. 16.

Fall, a Senegalese native who joined the NBA in January 2010, helped open the league’s office in Johannesburg, South Africa in May 2010, and has directed the NBA’s grassroots basketball development initiatives and partnerships with marketing, media and consumer product companies in Africa.

He has overseen significant growth in the NBA’s business and basketball development efforts in Africa, highlighted by three sold-out NBA Africa Games – in Johannesburg in 2015 and 2017 and in Pretoria in 2018 – in support of charities including UNICEF, the Nelson Mandela Foundation and SOS Children’s Villages South Africa.

Under Fall’s leadership, the NBA has expanded its grassroots and elite development efforts across the continent, including the Jr. NBA, Basketball Without Borders (BWB) Africa and The NBA Academy Africa. This year, the NBA plans to reach more than 2.5 million boys and girls ages 16 and under through Jr. NBA programs in 21 African countries.

BWB, the NBA and FIBA’s global basketball development and community outreach program, has been held in Africa 16 times, with 10 former BWB Africa campers drafted into the NBA.

Fall was instrumental in opening The NBA Academy Africa in May 2017, where 25 elite male prospects ages 14-20 have received scholarships and training after scouting programs conducted with local federations across the continent. Three NBA Academy Africa graduates have gone on to commit to NCAA Division 1 schools.

Fall is a recipient of multiple leadership awards for his contribution to the growth of the game of basketball and youth development on the African continent. This includes African Leader 4 Change (2017) and the South African Sport Industry’s Leadership in Sport (2018).

Fall previously worked for the Dallas Mavericks, starting as a scout in 1998 before ultimately becoming Director of Player Personnel and Vice President of International Affairs, when he served as the team’s international goodwill ambassador and oversaw scouting assignments. He helped start Basketball Without Borders Africa in 2003 and served as Camp Director until 2010.

Fall is also the Founder of SEED (Sports for Education and Economic Development), a global non-profit organization established in 1998 with the mission of using sport as a vehicle to inspire, empower and support the holistic development of promising African youth, preparing them to become global citizens.