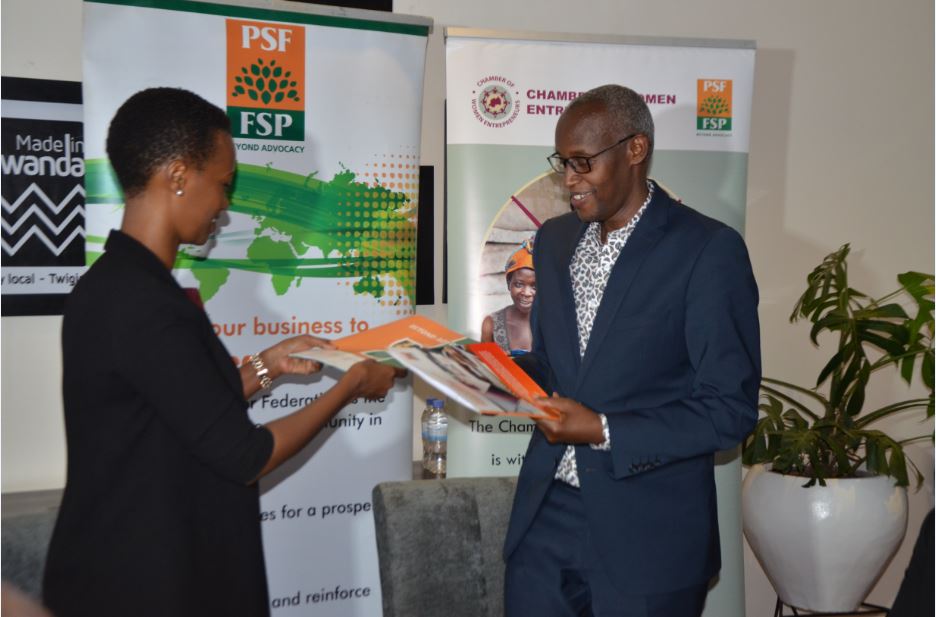 Rwanda Private Sector Federation (PSF) has received funds that will help women to graduate from informal and sometimes illegal trade and embrace the prosperous formal trade.

The four-year US$2.26million funding was handed over during the signing of a grant agreement between the PSF Rwanda and TradeMark East Africa (TMEA) officials in Kigali on Thursday.

The money will fund training of women in business and help them have access to the markets. Part of this money will also fund their projects.

“We are going to do this, beyond our role in advocacy, capacity building and networking, we will bring on board all women informal business owners who will undergo training in financial management, conduct study tours and access to bank loans,” said Jeanne Francoise Mubirigi, the Chairperson of Rwanda Council of Women Entrepreneurs.

Mubirigi said that the enrollment is non-selective and all women across the country will be asked to participate to create an impact in women driven social economic activities.

This move adds on to what the TMEA Rwanda programme has been doing from between 2011 to 2018; enabling women owned small and medium enterprises to increase trade in higher value goods and access to foreign markets.

During the above period, they managed to support over 5,000 women informal cross border business with bookkeeping skills, rights and availing information on the regional market and opportunities as technical assistance.

TMEA Country Director, Patience Mutesi Gatera said the results were impressive, for example, some of them were able to move from informal to formal trade because they were organized. 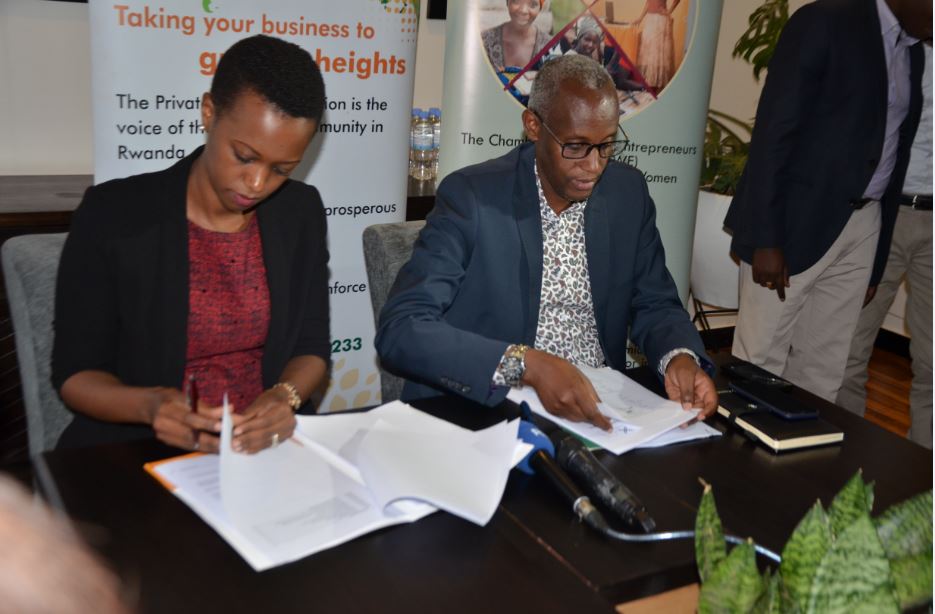 Gatera said that the above success was followed a research on gap analysis and mapping of the needs of women in informal business and data collected showed a divide in lack of access to finance, information, markets, mentorship opportunities.

PSF CEO, Stephen Ruzibiza said, that Rwanda will not be deterred by its landlockedness instead advocate for ease of doing business especially enabling women to register online their goods at customs.

“We will continue to work with the government to remove trade barriers. With a unified voice we expect to push for a reduction of tariffs, taxes and levies that keep investors away,” Ruzibiza said.

Such efforts, according TMEA Regional Chief Operation Officer, Richard Kamajigo have made Rwanda earn a clean audit in managing funds aimed to this purpose and thus more will be given in future to enhance regional trade.