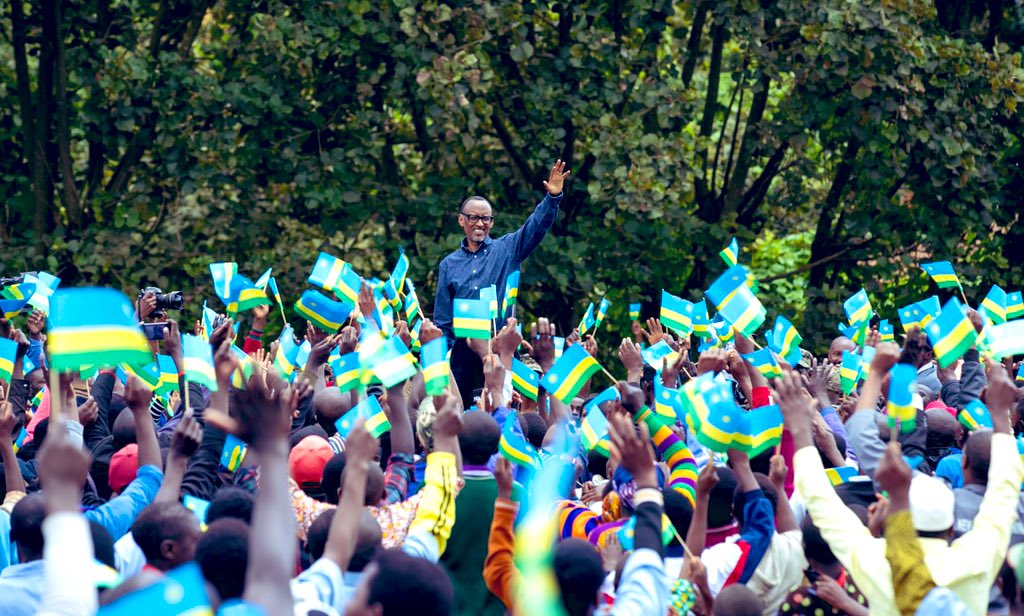 President Paul Kagame has said that Rwanda is not a slave of neighboring countries and cannot accept to be belittled.

Kagame is on a three day community outreach in Northern and Western Province starting from Burera-Musanze, before proceeding to Rutsiro – Rubavu and Nyamasheke – Rusizi.

On Wednesday, he told thousands of citizens in Burera district, that Rwanda cannot accept that its citizen cross the border for services that the country is able to provide.

The president said he has repeatedly told the leaders to do their job and make sure, that basic services are provided to the community because Rwanda has all it takes.

They include; health services, schools and staple food.

“There are issues that should have been solved much earlier,” Kagame said.

“Whenever I visit Musanze, Burera, I hear issues of improved seeds. There should not be recurrent problems.”

The president put on task the Minister of Agriculture and Animal resources to explain why the farmers still cannot get seeds they need, and, on time.

Minister Gerardine Mukeshimana said, a new variety that was on test was released and will reach farmers for the next farming season – September.

The president said he is tired of this problem and wants the ministry to graduate from rhetoric.

Still in agriculture, the President put on task players to explain the issue of a milk factory that failed to function. However, the president noted a blame game between Rwanda Development Board(RDB), Business Development Fund(BDF) and Ministry of Finance and Ministry of Trade.

The president said, “You just put in place something and just forgot about it.”

On issues of Radio and television broadcasting which do not reach the area, Kagame said, “Why Do I keep hearing such problems, to an extent that our citizen revert to following neighboring media instead of taking what comes from us?”

“Those issues have been here for the last five, ten years. No reason,” he said.

On Tuesday, the Rwanda Broadcasting Agency which manages public Radio and Television requested for an extra Rwf 2.7 billion for a project of 14 antennas, and archiving, but the president said, the issue has been there for a while, for no reason.

President Kagame blamed leaders for not doing what they are supposed to do to solve problems.

“Worse, some leaders do not know about these problems, or think the issues have been solved when they did not contribute to solving them,” Kagame said.

“See for example. We built health centers to an extent that the world gives Rwanda as a standalone example, but when you come here, you realize what the community is entitled to, they don’t get.”

The president reiterated a case of students who used to cross to Uganda for circumcision services, when a service of perplex, started in Rwanda, and spread to the world.

The president said, the leaders only wake up “when we have issues with neighbors. This is not understandable. This should change.”

The president said he will personally deal with the leaders, because citizen are blameless.