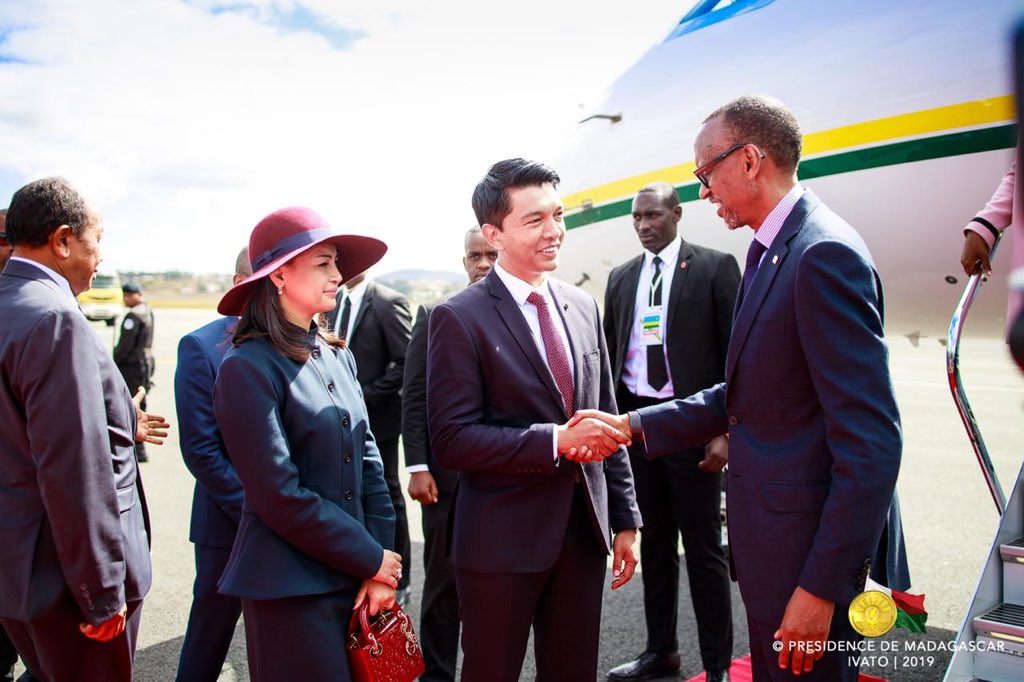 President Paul Kagame in first visit to Madagascar has said that the meeting with his counterpart Andy Rajoelina was a good opportunity to discuss businesses between both countries.

Kagame and First Lady Jeannette Kagame attended the 59th anniversary of the restoration of Independence in Madagascar on Wednesday.

“This visit is also an opportunity to deepen the bilateral relationship between our two nations. This was the substance of the very productive discussions which the President and I have just held,” Kagame told the press from the island.

The visit seals previous discussions between officials in charge of investment of both countries.

“Building on the MoU signed by our respective development boards earlier this year, we intend to enhance the trade and investment ties between Rwanda and Madagascar, particularly in the context of COMESA and the African Continental Free Trade Area,” Kagame said.

“This is my first visit to Africa’s largest island. The natural beauty of Madagascar is legendary and truly breath-taking. However, we have found the warm, generous spirit of the Malagasy people even more striking,” the president said at the gala dinner.

“The unity and strength of this nation were clearly on display today. National unity is the highest political virtue as well as the foundation of sovereignty, security, and development.”

In Rwanda, he said, by coming together to find solutions to our unique challenges, we found that we actually had the power and resilience to transform our lives for the better.

Rwanda descended into abyss twenty five years ago following the Genocide against Tutsi which cost the country more than one million tutsi in 1994.

The country is currently rebuilding and setting the pace in several areas globally.

“The demonstration of possibility, in the face of adversity, is the most important lesson of our experience,” said the president.

“If Rwanda has been able to make progress, it means that others can do the same, or better.”