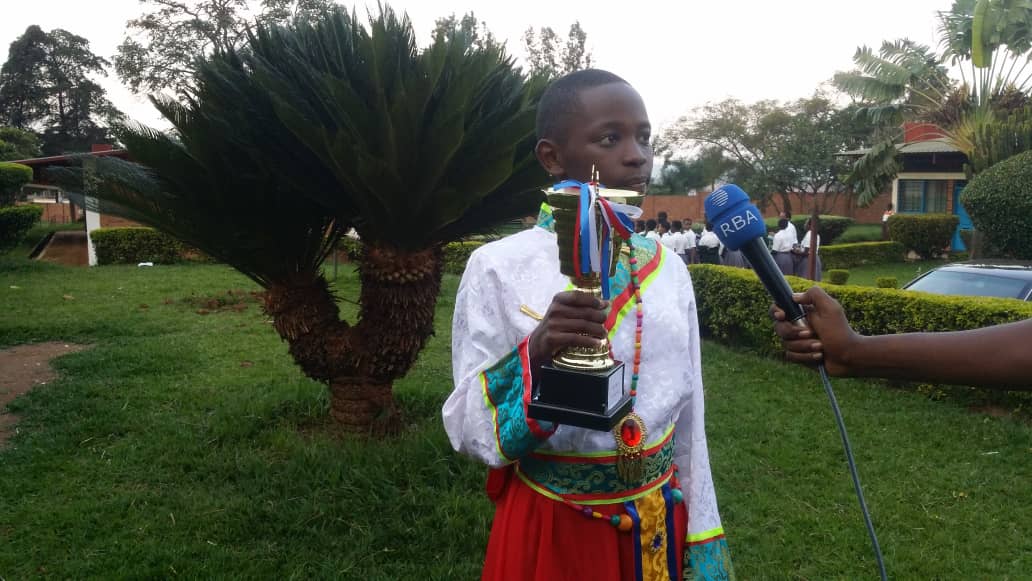 Over the weekend , hundreds of secondary school students gathered at the University of Rwanda (UR) College of Medical Sciences, Kigali city  for finals in ‘Chinese Bridge Competition’-a Chinese language proficiency competition.

‘Chinese Bridge Competition’ gives a chance to both university and secondary school students to exhibit their Chinese Official language skills in arranged speeches, a cultural question-and-answer session and cultural performance of their choice.

Other schools in this competition include Groupe Scolaire Officiel de Butare in Southern province and Inyange Girls in Rulindo district-Northern province.

All the Students study Chinese language at their respective schools alongside Ministry Of Education curriculum.

On Sunday, June 9 competitors assembled for the semi-final to let the 5 panel judges select 1 winner who will represent Rwanda during the International competitions scheduled in coming summer (July or August).

All the competitors who were under the guidance of Chinese language teachers in their respective schools for over 5 months were also allowed to exhibit their own style and talent during the race.

Chinese Ambassador to Rwanda Henry Rao Hongwei, said; “As more Chinese investors keep coming, I am sure learning Chinese language will create opportunities for the younger generation by improving frequency of working together for the benefit of both China and Rwanda.”

He further said; “In the competition, all students presented a high level of understanding Chinese Official language and exhibited high creativity in their use and knowledge of the language. I congratulate the winners for exhibiting extra skills.”

Hongwei said that China is willing to operate with International partners including Rwanda, in trade system.

With five schools in the semi-finals, only Karubanda Girls School and Akagera International School reached the finals and tagged to win the trophy.

Sabrina Irakoze a Senior 3 student from Karubanda Girls School won the competition and was awarded with a trophy, certificate, a school bag and a ticket to represent Rwanda in the global competition.

Kenny Gumiriza from Akagera International School came second while Gumiriza a senior 3 student was awarded a trophy, certificate and a school bag.

“I have been dreaming this champion by working hard to learn Chinese language, spending much time with my teacher for lessons, my sincere appreciation goes to her and my parents,” said Irakoze.

“I trained hard most especially in learning Chinese dances.”

The winner said she is proceeding with practice for the International competitions with same dreams of brining the champion back home.

Among judges, Pang Xzin said that in selection based on being able to speak Chinese skillfully, writing and performing some dances related to culture and history, two  best participants were able to exhibit this better than the rest, but only the overall winner will represent Rwanda for global competitions.

“Chinese needs consistency for the learner to master it. I think with the skills leaners have exhibited, they are promising to learn quickly,” Pang said.

According to Hongwei, Irakoze will join hundreds of other representatives from over 170 countries across the world during the global competition.

This year, the Chinese Embassy in Rwanda partnered with the College of Education’s Confucius Institute to host the 18th edition of the competition.

Rwanda: How Literate are Health Care Providers about Abortion?

Kagame in Nigeria to Share Rwanda’s Stance on Corruption