The Senate of Rwanda has announced the death of Senator Bishagara Kagoyire Therese on July 8,2019 aged 67 years old.

Senator Bishagara Kagoyire passed away at the John Hopkins Hospital, Baltimore – Maryland in United States of America where she had gone for treatment according to an announcement that was signed by Senate President Bernard Makuza.

She entered the senate of Rwanda as a representative of the Western Province of Rwanda since October 2011 but, prior to this, she served the country in different capacities in the wake of the 1994 Genocide against Tutsi. 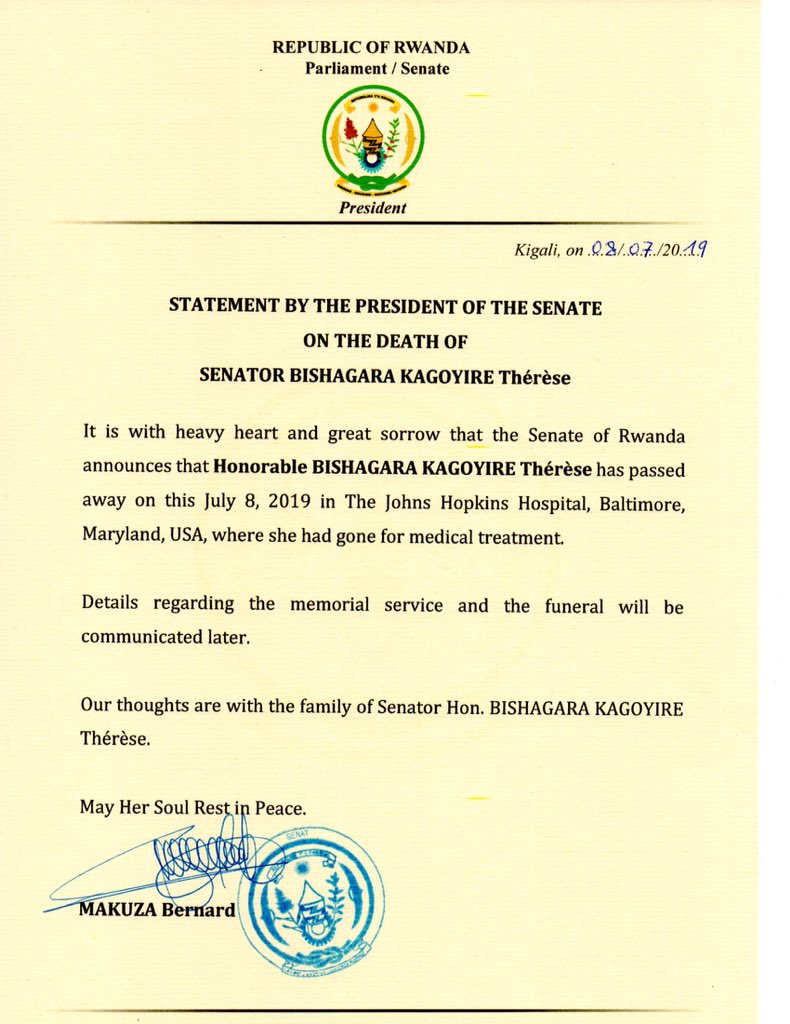 “Our thoughts are with the family of Honorable Sanator Bishagara Kagoyire Therese,” writes the Senate President who also announced that more details on memorial services and funerals will be communicated later on.