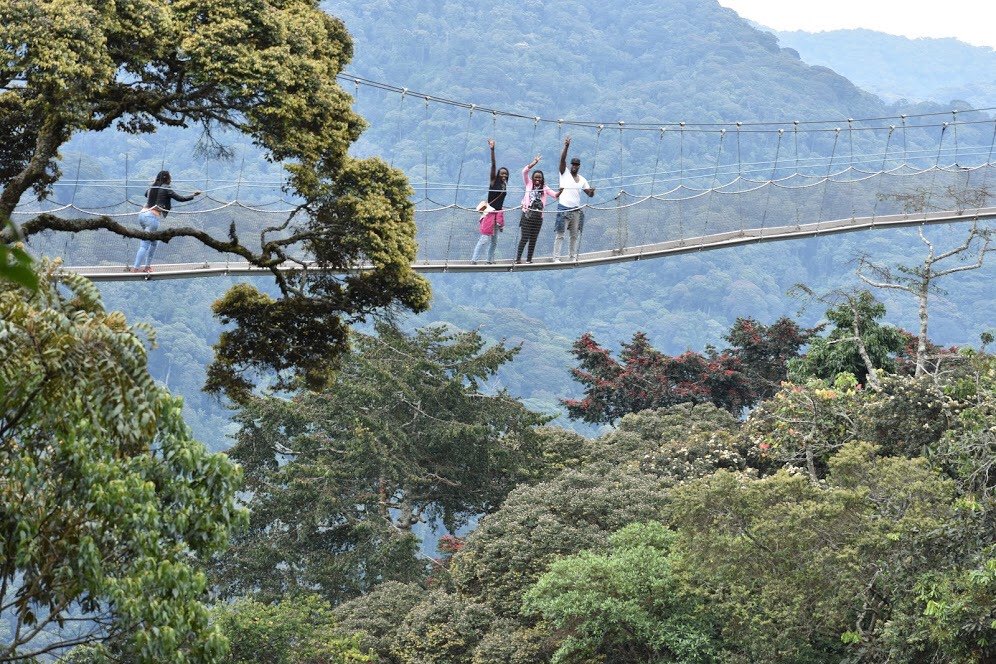 Barely two months of temporary closure – the management of Nyungwe National Park which runs its most visited Canopy walkway, has announced it reopened to visitors.

On May 21, Rwanda Development Board (RDB) had issued a statement saying the Canopy walkway – the second most expensive service offered in the park after Chimpanzee tracking, was closing for maintenance.

RDB, however said the maintainance works would be completed before May 30 for the Canopy Walkway to resume receiving visitors. 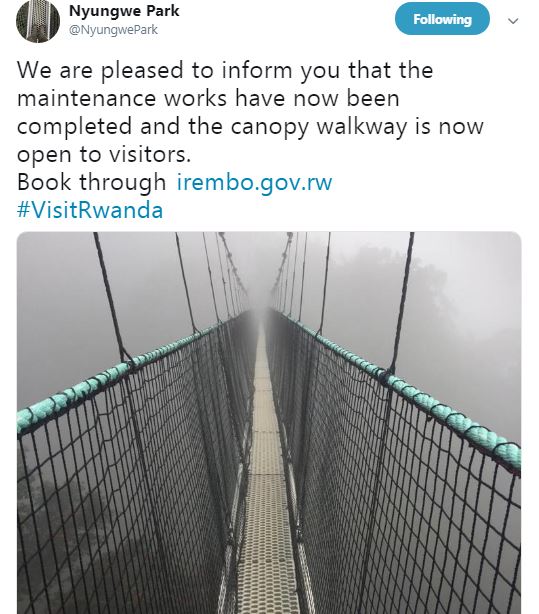 Local and Foreign visitors had been affected by the temporary closure of the Canopy.

“We are pleased to inform you that the maintenance works have now been completed and the canopy walkway is now open to visitors,” Nyungwe National Park announced through Twitter on Monday.

Nyungwe National Park is one of the key contributors of the country’s tourism revenue.