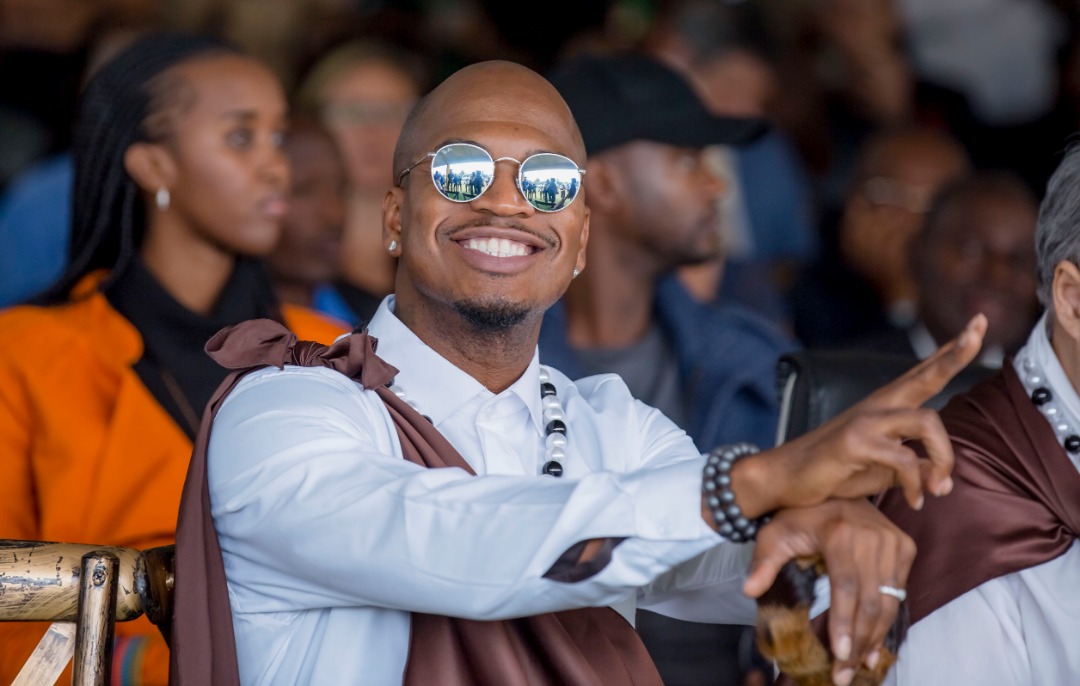 With over two decades at the very top of the fashion world, jet setting between the most glamourous fashion shows, In London, Paris, Milan, New York, there can be few if any fashion change that super model Naomi Campbell can’t take in her well heeled stride. But, even she must have found this week a new experience.

Last Tuesday, Campbell was in her normal haunting ground, attending a star studded party at the GQ magazine Men of the Year awards. She was photographed in the small hours of Wednesday, in a smart blue suit, striding towards her waiting car to get home, and presumably catch up on much needed sleep.

She would need the rest, by Friday morning, she was in Kinigi, Musanze, northern Rwanda, striding forward, looking elegant in Umushanana, Rwanda’s traditional dress. It must have been the first time she has ever needed to be shown how to put together a fashion ensemble. 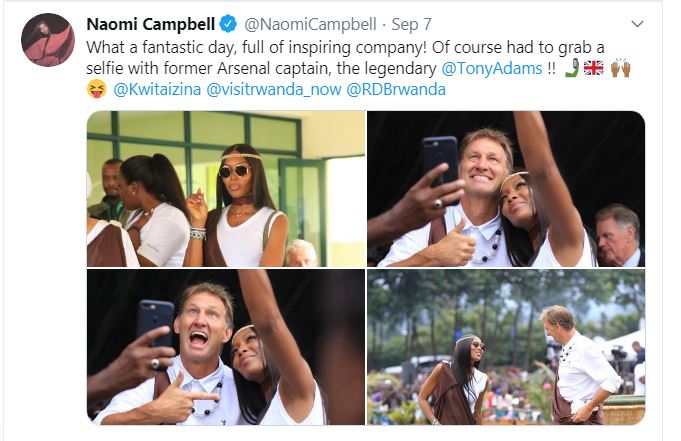 Campbell is in Rwanda to attend a quite different kind of party, and awards ceremony from the GQ awards. She was joined by among others, the American singer/song writer Ne-Yo, Deputy Secretary-General of the UN, Amina Mohammed, former Ethiopian Prime Minister Hailemariam Desalegn, and stars from the world of football, notably Arsenal football club, which has a sponsorship partnership with Visit Rwanda, the country’s tourist board. All joined their host, and guest of honour, President Paul Kagame.

Residents of Musanze would might that their district has always been the place to be, but, even they would have to accept that what brings UN leaders, other leaders from the world of business, diplomacy, sport, to mix with internationally renowned super models, and musicians, is the Kwita Izina ceremony, or more accurately, given its exuberance and carnival atmosphere, Kwita Izina festival.

Anyone to whom Kwita Izina is a new term, might like to know that it is now almost impossible to talk about conservation in Africa, without mentioning Kwita Izina, or naming ceremony.

The event has been held every year since 2005. It was conceived by the country’s tourist board, Visit Rwanda, one among many initiatives to bring the endangered mountain gorilla back from the brink. And it has succeeded beyond all expectations. Gorilla numbers have almost doubled, and continue to thrive.

This year’s Kwita Izina was the most spectacular yet. It is an event of which the communities living by the Gorillas’ habitat have taken ownership, and yet one that has an international appeal and flavour.

The Kwita Izina ceremony was a familiar one to every Rwanda, being as it is a traditional ceremony for the naming of a new baby. The genius of the event has been to remind people that Gorilla families should be as cherished, and protected. There would now be an outcry, if the event were to be halted, so completely has it been embraced, especially by people of Musanze, an important part of the national calendar.

To see Naomi Campbell, resplendent in Kinyarwanda dress, striding forward to take her place and name her Gorilla, then Ne-Yo, similarly attired, apparently in his element, pleased as a child on Christmas morning, the Deputy Secretary-General of the UN announcing the name chosen for her Gorilla, is to witness an event like no other in the world of conservation.

This year, more than any other, Kwita Izina has arrived on the world stage. As you read this, Ne-Yo has packed away his traditional Rwandan dress, and is in his normal attire, on stage at the Kigali Arena, as the star turn in the Kwita Izina concert that follows the naming ceremony.

What with the hosting of the Commonwealth Heads of Government or CHOGM2020, next year, is a particularly busy year for Rwanda, which is saying something, for a country where almost every year is a busy year. It will be interesting to see what Visit Rwanda does to top what has been a stupendous Kwita Izina.