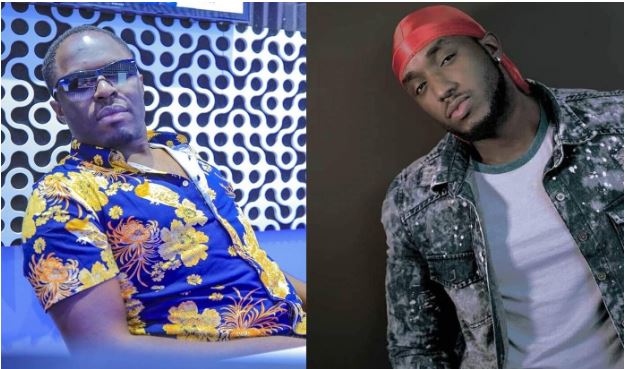 Uncle Austin(Left) and The Ben

Singer Luwano Austin alias Uncle Austin revealed that, he is the one who discovered R&B heartthrob The Ben after listening to his music CD.

“People don’t know that am the one who discovered The Ben after listening to his music CD and went ahead to introduce him to Narrow Roads studio’s boss Ezra,” says Austin Luwano.

The Ben aka Tiger B currently is the finest R&B artist in the region and on 15th November he will be on stage with Africa’s music icons like Burna Boy, Davido and Tekno at One Africa Music Fest in Dubai hosted by Banky W.

The Nzakwizirikaho hit maker has been spotting fresh talents in his over 10 year’s career in music industry working on various radio stations.

Apart from The Ben credits himself for being behind the rise of Meddy, Marina, Yvan Buravan and many others including promising R&B musician Victor Rukotana whom he manages today.

According to Austin, helping young musicians grasp their singing dreams feels like a calling to him.

“Am not like those people that ask a certain percentage to promote fresh talents. To me it’s a calling to uplift new talents,” Austin Luwano added.

The afro beat singer plans The best of Uncle Austin concert early December and it will include all artists he has introduced and worked with in 10 years of his career in music industry.