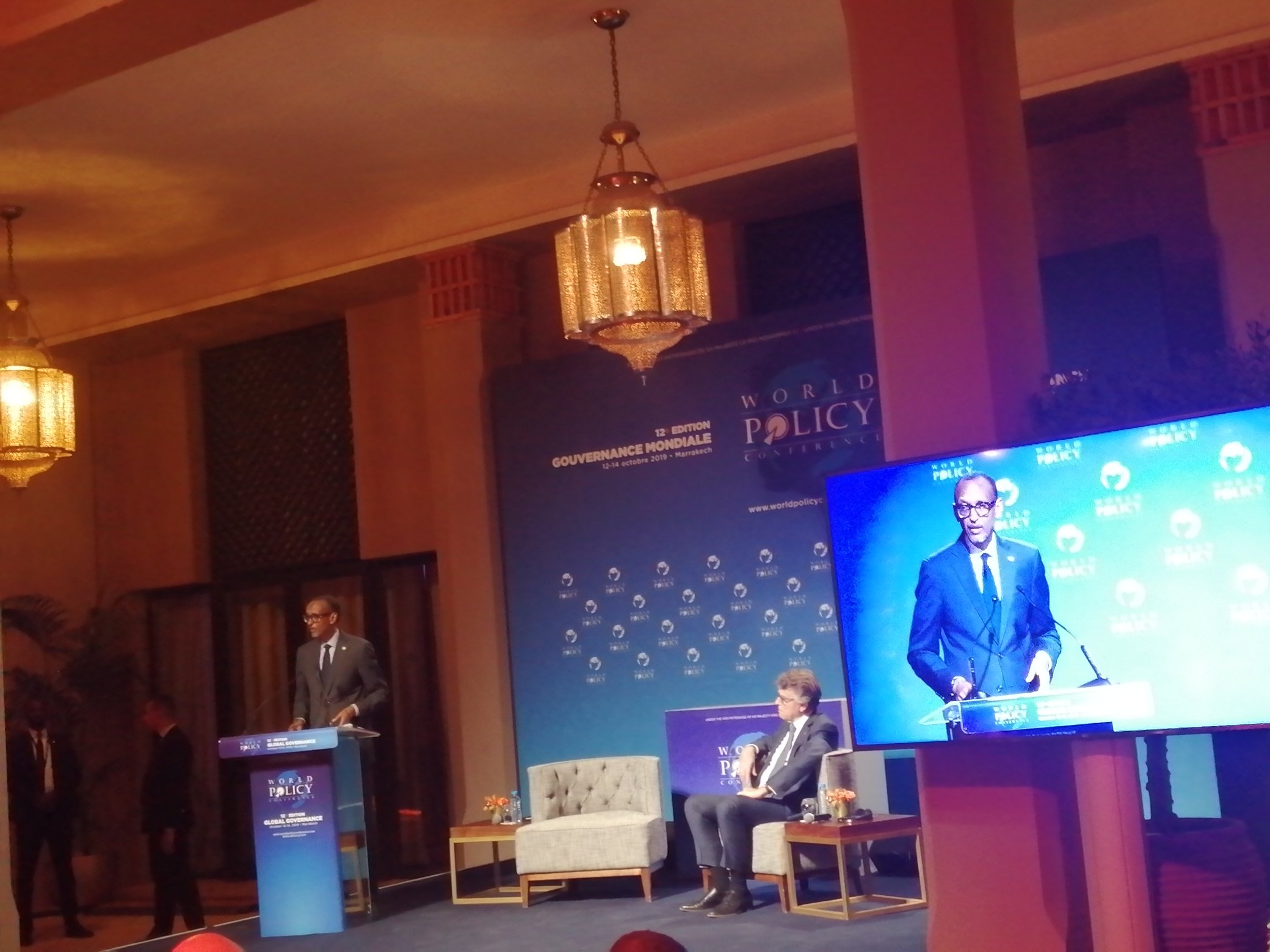 Rwanda’s President Paul Kagame has told leaders and policy makers attending a World Policy Conference in Marrakesh, Morocco, that Africa is nobody’s prize to win or lose, adding that it is the responsibility of Africans to take charge of the continent’s interests.

“Africa is nobody’s prize to win or lose. Not at all. It is our responsibility, as Africans, to take charge of our own interests and develop our continent to its full potential,” President Kagame said.

The President was speaking as the guest of honour at the conference where he took part in an interactive session moderated by Thierry de Montbrial, Founder of the World Policy Conference.

Founded in 2008, the World Policy Conference (WPC) helps to promote a world that is more open, more prosperous and fairer.

It explores non-aggressive ways of adapting how States connect with each other at all levels, while respecting the culture and fundamental interests of each nation.

Speaking at the conference, Kagame said that lack of ownership of African affairs by Africans especially trade has been the main issue.

“In fact, this has always been the main issue. We have been waiting far too long, actually for centuries. Trade shapes a nation’s economy in powerful ways.”

The President said that search for comparative advantage generally leads to gains in competitiveness and wealth – adding that at a certain point, “the concept of “aid-for-trade” gained currency.”

The President applauded the forum as a future shaper.

“This is a forum focused on anticipating and shaping the future rather than trying to hold back change. That perspective is refreshing for those of us who experience the world from somewhere in the middle not one of the poles,” Kagame said. 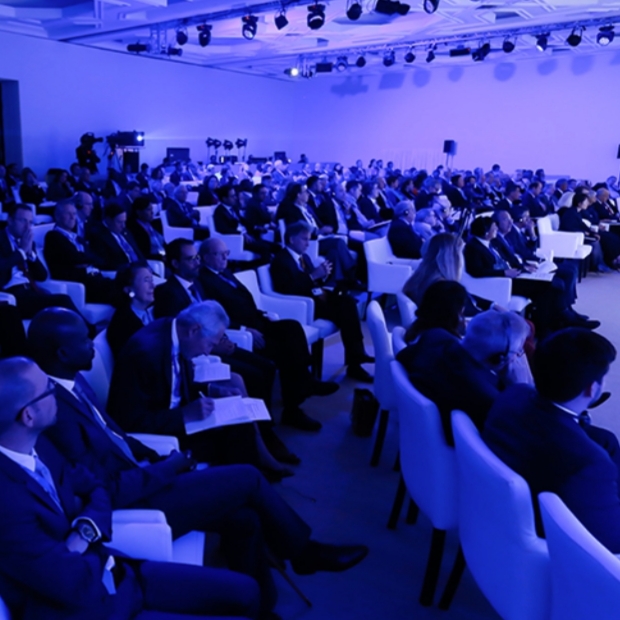 According to Kagame, today, Africa enjoys strong trade relations around the globe, whether with Europe, India, North America, or China.

“Indeed, we want more investment and trade with everybody, because it leaves us all better off,”

That is why coming together as a region has been so important for Africa. Internal barriers to travel and commerce in Africa continue to fall, though more still needs to be done,” the Head of State said reflecting on Sierra Leone as the latest African country to ease movement of people.

“For example, Sierra Leone is the most recent country to announce visa on arrival for fellow Africans, joining around fifteen others. However, that is still less than one-third of Africa.”

President Kagame added: “The African Continental Free Trade Area is now in force and trading will commence in July 2020. This agreement will radically reshape how Africa does business with itself and with the rest of the world.”

According to economists, the Africa Continental Free Trade Area (AfCFTA) which was signed in Rwanda’s capital Kigali in March last year, will make the continent the world’s largest free trade area with Gross Domestic Product worth about $2.4 trillion.

Africa’s population is expected to grow to about 2.6 billion by 2050, making it the world’s largest market

The President recalled that “the the revitalisation of the African Union Peace Fund, which now stands at more than $125 million, has enhanced the credibility of Africa’s security partnerships, and it should continue to grow.”

The President also pointed out the tone of anxiety and defeatism that dominates current policy debates.

“Above all, it’s about the fear of losing something, rather than the ambition to do more and better.”

For President Kagame, “Even science and technology — the very engines of human progress — are increasingly seen as problematic, for example with artificial intelligence or genetically-modified crops.

From there, it’s a short step to the false belief that preserving a high standard of living in one place depends on preventing others from getting to the same level. Barriers go up; trust vanishes.”

“We have already seen evidence of tremendous advances, particularly in health, connectivity, governance, and incomes. Recovering that sense of hope and optimism, wherever it has been lost, is critical,” he said.

“If I may take the liberty of generalising, this pessimism does not resonate in Africa.There is a determination to live better lives for ourselves.

From there, it’s a short step to the false belief that preserving a high standard of living in one place depends on preventing others from getting to the same level. Barriers go up; trust vanishes,” Kagame said.

The World Policy Conference brings together top-level decision-makers, academics and opinion leaders who are mainly selected according to their expertise and international exposure.