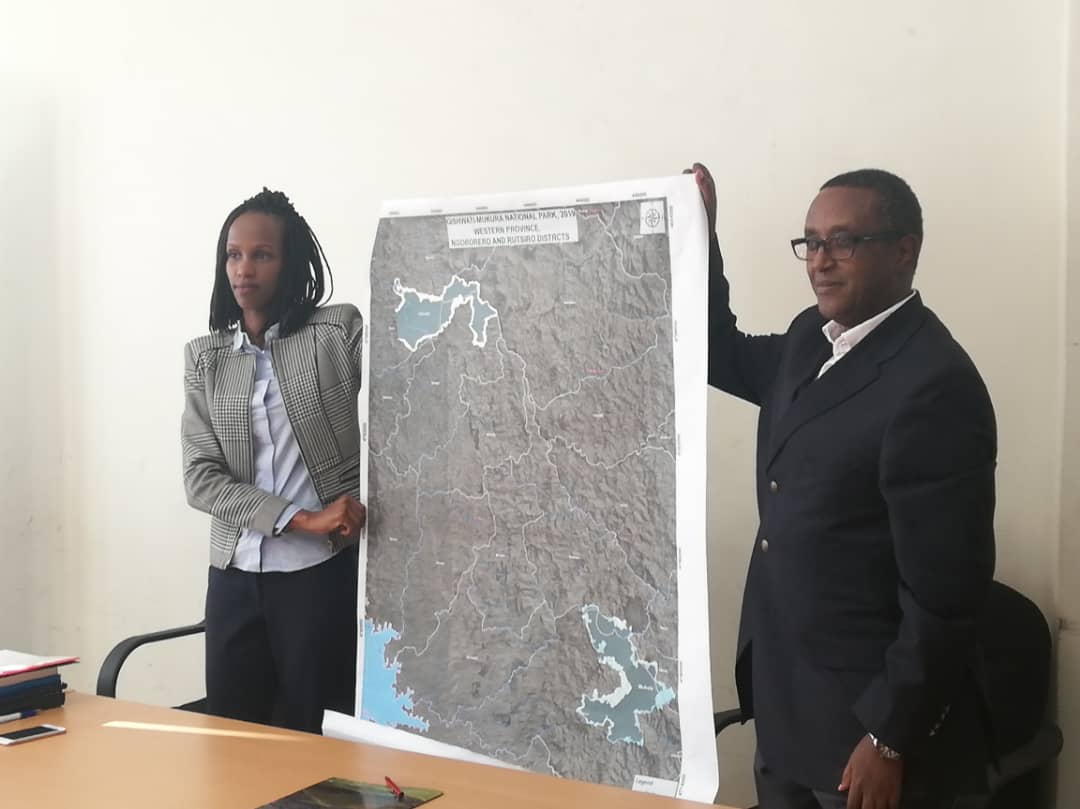 At the handover of Gishwati national park: Belise Kaliza, the Chief Tourism officer on behalf of RDB and Minister of environment Vincent Biruta

Created out of scarcity and regarded among the world’s newest national parks, Gishwati-Mukura National Park is now in the hands of Rwanda Development Board (RDB) and will soon fully open doors to the world.

Perched atop the hills of Ngororero and Rutsiro districts in Western Province, Gishwati-Mukura National Park is Rwanda’s fourth national park and one of the youngest in the world, which is 34 square kilometres plus a buffer zone.

The Minister of Environment Dr Vincent Biruta said on Tuesday that the handover was a major milestone for the park which he said is unique and reaffirms Rwanda’s commitment to conservation and environment protection.

“Gishwati-Mukura National Park is unique in the sense that it was created out of a need to conserve the environment. As we all know, land is a scarce resource in Rwanda. Being able to set aside land to create the park goes to show how the government is committed to conservation,” Dr Biruta said.

Minister Biruta said that the park is special because the land could have been left for human settlement or other activities but the government thought of conserving the area, whose forests were threatened by human encroachment and land degradation.

“The uniqueness of the park is not only in the animals that are in the park but also the circumstances under which it was created and the problem it came to solve,” Dr Biruta said, adding that the forests of Mukura and Gishwati faced near extinction due to human exploitation, erosion and illegal mining activities.

Though the two forests had been reserved since the 1970’s, the early 1990’s and after the 1994 Genocide against the Tutsi saw human activities slowly eating into the endangered natural forests while illegal mining activities and farming led to the fast degradation of the land, destroying the natural habitat.

Gishwati was subsequently reduced from 250,000ha to 28,000ha in the 1980s and later to small patches while Mukura, which was relatively small, reduced from 30, 000 to nearly 15,000 before the two reserves were reclaimed through efforts by government and other partners.

Gishwati-Mukura National Park was gazetted by law in 2015, the government and other partners embarking on activities to fully restore the forests and ensure the transition into a national park.

The RDB Chief Tourism Officer Belise Kariza said the national park will complement other parks and contribute to tourism revenues, given its strategic location and the products it has to offer.

“We are certain that Gishwati Mukura National Park will definitely be a destination of choice for tourists who  come to Rwanda but also Rwandans who want to learn about the country and what it has to offer,” Kariza said, adding that efforts to market the different products it has to offer are underway. 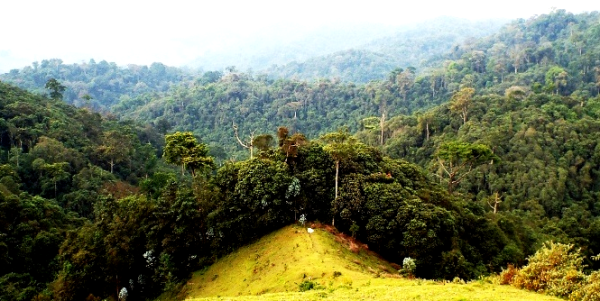 The park is seen as a conservation gem given its location and importance. Dr Biruta said that the government has put in place the necessary infrastructure need for it to operate as a park, including offices, walkways and other necessary investments.

The two forests which were combined into a park sit on the ridge which divides the Congo and Nile water catchment areas, along the Albertine Rift and boasts of 60 species of trees, including indigenous hardwoods and bamboo species.

According to RDB, the national park is home to a group of 20 chimpanzees which live alongside golden monkeys, L’Hoest’s and Blue Monkeys and some 232 bird species in Gishwat and 163 in Mukura.

Without giving dates, Kariza said the park will now be packaged for tourists, offering different products including guided nature hikes, guided chimp and monkey tracking, bird watching and a visit to the waterfalls among other things.

At a time when climate change and environmental degradation have become a global concern, Minister Biruta said that gazetting Gishwati Mukura National Park is a major milestone for the country and will go a long way in attracting tourists but also conservation enthusiasts keen to learn from what Rwanda is doing.

He said neighbouring communities will greatly benefit from the traffic the park will attract, particularly the local artisanal and handicraft industry.

Located in the north-western part of the country, Gishwati-Mukura National Park sits between the Volcanoes National Park to the north, popular for mountain gorillas, and Lake Kivu to the west, also a popular destination for tourists, making the park strategically located to tap into the tourism potential.

Community-based activities such as farm stays, live cultural dance sessions, handicraft markets, beekeeping, tea and coffee plantation tours and traditional medicine are expected to be buoyed by the operationalization of the park.