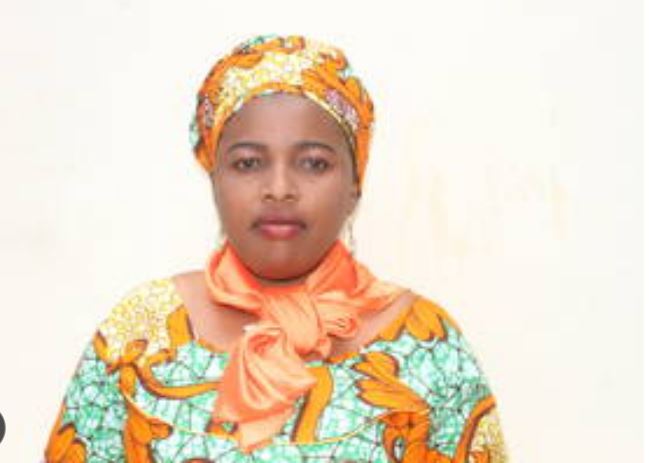 Lack of experience, no track record of notable service and limited exposure in leadership are some of the reasons Supreme Court Judges based on to block the nomination Salama Uwamurera to the country’s upper chamber of Parliament, the Senate.

A Supreme Court decision signed by Justice François Regis Rukundakuvuga seen by KT Press indicates that Supreme Court Judges convened in a retreat on September 24 to vet the two senatorial candidates nominated by the National Consultative Forum of Political Organisations (NFPO) on September 19.

While the retreat found veteran lawmaker Juvenal Nkusi eligible for the senatorial seat given more than 24 years in Parliament and experience, it found Uwamurera’s leadership experience and service record not convincing enough to grant her a seat in the Senate.

“After assessing the credentials of the candidate Salama Uwamurera designated by political parties, it was found that the candidate does not meet the requirements as stipulated in the law,”

“In view of the previous and current candidates nominated to the Senate, it was found that Uwamurera does not possess the required experience and track record in leadership positions, having previously served as a billing officer,” the decision reads.

The Supreme Court Judges in their decision dated September 27 explained why Uwamurera’s background and track record do not make the cut for the senatorial seat.

Uwamurera, a member of the Ideal Democratic Party (PDI), has previously worked as a district billing officer in Rusizi. Her party welcomed the Supreme Court decision, indicating that it was an oversight on the part.

According to the decision, Uwamurera met all other requirements mainly regarding citizenship, education, integrity and clean criminal record but fell short on the part of experience.

The process begins with the National Electoral Commission (NEC) submitting the full list of designated senate candidates. The bench is composed by at least 2/3 of Supreme Court Judges who convene in a retreat, behind closed doors to assess the documents and other requirements as provided for in the law.

Within 5 days from the reception of the candidates’ files, the Chief Registrar of the Supreme Court then hands the lists of both approved and non-approved candidates and their files back to NEC and informs other concerned parties such as the forum of parties and higher learning institutions.

“The request for approval of candidacies is submitted as a petition filed with the Supreme Court. Candidacies are examined behind closed doors by at least a college composed of two thirds (2/3) Judges of the Supreme Court, exclusively based on documents and other requirements to candidates as provided for by the law. The decision of the Supreme Court is non-appealable,” Organic Law No.001/2019 of 29/07/2019 reads.

Both the political parties’ forum and her party PDI have respect the court decision and fresh elections to find her replacement will be held tomorrow at the forum.

“We will elect a replacement on Thursday. We will respect the decision of the court because we believe the judges exercised their mandate and oversight, which calls us to reorganise and send a new candidate as stipulated in the law,” said Christine Mukabunani, the Spokesperson of the forum.

Former MP and Deputy President of PDI Abbas said that they accepted responsibility on their part for nominating a less experience candidate for the post and said that they will reconsider their options.

KT Press understands that all the other candidates have been approved by the Supreme Court. They include those nominated by President Paul Kagame, namely Dr. Augustin Iyamuremye, Espérance Nyirasafari, François Habiyakare and Alvera Mukabaramba.

The newly elected and appointed Senators are expected to take office on October 10.