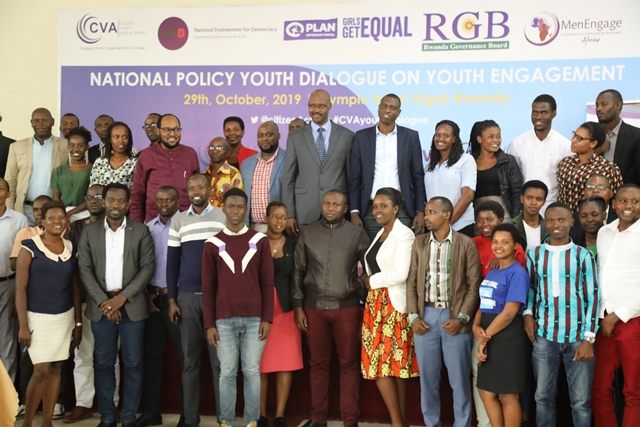 The move comes after several debates on social media in Rwanda where people wonder if it is actually time to think of an alternative method of controlling early and unplanned teenage pregnancies which have left many girls dropping out of school, suffering from traumatic experiences among other effects.

In Rwanda nearly one in 2 women are using a modern family planning method, and the fertility rate dropped to 4.2 births per woman while teenage pregnancies remained high rising  from 6.1 per cent in 2010 to 7.3 per cent in 2016 (National Institute of Statistics in Rwanda ).

Rwanda is on the frontier of promoting the rights and choices of adolescents and empowering young people to be at the front centre of Rwanda’s sustainable development by increasing the number of women using contraception a decade ago as part of a broader push to improve health care and promote development.

To address these alarming numbers some NGOs like Health Development Initiative (HDI) have stirred debates aimed at equipping students with skills and knowledge on reproductive health to help them prevent teenage pregnancies among their peers.

The other is Plan International Rwanda in partnership with the Rwanda Parliament and Imbuto Foundation scaling up the Girls Get Equal Campaign with a focus on good parenting.

According to Dr. Joseph Nkurunziza Ryarasa, the spokesperson of Rwanda CSOs, sexuality is a human right but instead of preventing the teen pregnancies, a new course should be taken on empowering the victims  so that they can have access to contraceptives.

“Everyone including teenagers has a right to sexuality but instead of teens trying to prevent getting pregnant illegally, there should be a proper procedure for them to access contraceptives, either through their parents or any other formal way,” Dr. Ryarasa said.

He also warned and proposed that the issue of teenage pregnancies shouldn’t be only focused on girls but also boys who take a major role or equal role in pregnancies that teens take.

“We may end up stigmatizing girls in this case, we need to also focus on educating boys so that they make good choices in the sexuality,” Ryarasa said.

Ryarasa was speaking at one day National Policy Youth Dialogue on youth engagement, this October 29, organized by Citizen Voice and Action (CVA), Plan International and Rwanda Governance Board and aimed at getting youths to speak about issues of teenage pregnancies.

William R. Mutero , the Plan Rwanda Country Director said that the dialogue is necessary to give the platforms for youths to be able to talk about it as a need for addressing issues around reproductive health.

“We want these discussions to be led and organized by the youth, to trigger action and debate and come up with solutions that are more viable for the prevention of early pregnancies,” Mutero said.

However, Lillian Mutoni Shobora, a university student says that the choices of a teenager in sexuality is important but have to be shaped primarily by parents who have a major role in educating and forming the mindset of both boys and girls.

This wish was given a green light by Samuel Hakuzimana, the Director CVA- a youth driven organization that reaches and educated grassroots citizens to national policies, of which he said they plan on expanding our activities on empowering communities to be proactive.

“We are planning and already establishing youth groups at each sector level where they will be able to meet with leaders to challenge and hold them accountable on actions needed to be taken to address issues facing the youth,” Hakuzimana said.