Home NewsNational All Set for Umushyikirano 2019: What Are the Key Issues?
National

All Set for Umushyikirano 2019: What Are the Key Issues? 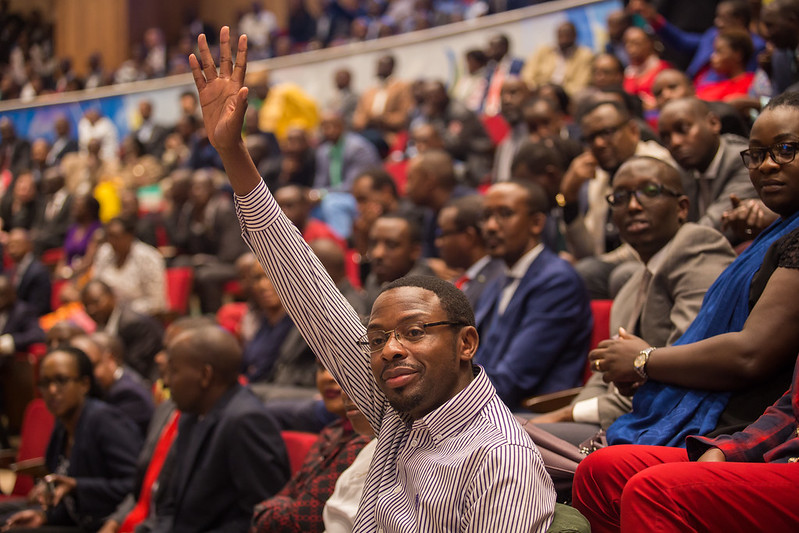 Tomorrow thousands of Rwandans will convene in Kigali Convention Centre and different parts of the country to participate in the 17th National dialogue, otherwise known simply as “Umushyikirano”

President Paul Kagame is expected to chair the forum for national dialogue provided for by the Constitution where Rwandans gather to assess issues related to the state of the nation, functioning of the decentralized structures, and national unity.

For the first time, the national dialogue will attract the biggest number of participants from the Rwanda diaspora who will join other participants including members of the Cabinet and Parliament, local government, Civil Society Organizations, media and the diplomatic community.

During the two day event, participants are expected to collectively reflect on the nation’s Vision 2020 and the development journey ahead.

The two-day discussions will focus on continued efforts to sustain gains and foster inclusive growth. Other key topics will revolve around socio-economic transformation and family promotion with a purpose of building a sustainable Rwandan Society.

The Director of the Rwanda Community Abroad at the Ministry of Foreign Affairs Sandrine Uwimbabazi told KT Press that this is the biggest number of diaspora members to participate in Umushyikirano.

“We will have about 500 people from diaspora. We have 376 people coming and about 89 youth who are already in the country to participate in Itorero and Youth Connekt. This is the biggest number we have had by far,”

“It shows that more Rwandans are picking interest in their country. They are hungry to see the development the country has registered and make their own contribution. They want to visit different parts of the country and see for themselves. Others want to bring their skills back home,” Uwimbabazi said.

Uwimbabazi said that many Rwandans in diaspora were being misled by negative groups, individuals wanted for genocide-related crimes and opposition groups but today most of them are able to find out the truth about Rwanda and realise that they were being misled.

“For example we have young people whose parents cannot come back to Rwanda for one reason or another but they choose to come not only to visit their country of origin but also participate in Itorero. They distance themselves from their parent’s actions or political stand,”

“These young people are part of the generation which doesn’t want to be held hostage by the past and want to see for themselves. They have social media platforms, they see it all. They read through the negative propaganda and tell the truth from lies,” Uwimbabazi said. 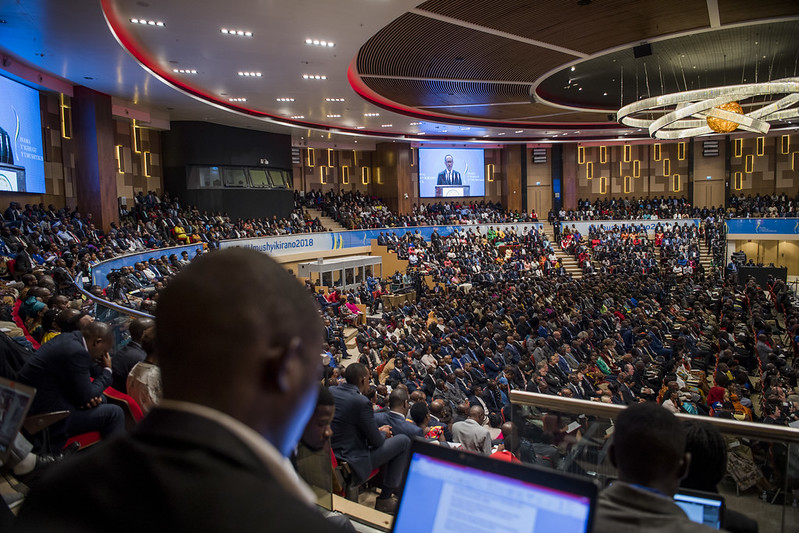 The anticipation is high, with Rwandans on social media expressing some of the issues they want to be tackled during the two day national dialogue taking place on Thursday and Friday.

Education, health, city evictions, cost of living are some of the issues Rwandans on Social Media have said should be discussed, with many pointing to improving the quality of education as one of the key areas to discuss.

The issue of teenage pregnancies and gender and sexual violence are likely to dominate the discussions while religious groups have called for comprehensive discussions on the issue of family, with the view that there is a breakdown in family values.

Other issues that have been repeatedly mentioned on social media include drug abuse among the youth, unemployment and access to credit facilities for young people.

Some of the people who spoke to KT Press said that they want the government to address the issue of business incubation, access to credit facilities and taxes, among other issues.

“I think for me the most pressing issue right now is the issue of high taxes on small business which have just started. Most of us don’t operate beyond two years. There must be an incentive for young business for them to live longer and sustain themselves,” said Jean Claude Mulinda, who runs an apparel shop in downtown Kigali.

Among other issues which have dominated discussions on social media is the issue of teenage pregnancies, with many saying that the issue of access to contraceptives should be discussed extensively.

Chantal Umuhoza, a women rights advocate says this is an issue the country should give the weight it deserves.

“In 2018 alone, according to statistics generated by districts, there were 19,832 early pregnancies in Rwanda and more than 55,000 teen deliveries (between 15-19 years) in three years according to ministry of health data,”

“The continued rise in teen pregnancy and its impact is largely due to the mismatch between the reality and the efforts in place to respond to the needs and rights of teens. Rwanda law classifies all sex activity to girls below 18 years as rape punishable by the law,” argues Umuhoza

She says that whereas any form of GBV, including any form of sexual contact without consent should be punished, generalizing all sex below 18 years, resulting in pregnancy or not, as GBV is detached from the full reality the country is now living.

“There are girls below 18 years that are sexually active with consent even though consent below 18 years is not recognized by the law. This mismatch cannot be overlooked in addressing teen pregnancy in Rwanda,” she adds.

Umuhoza says that the fact that about 50% of teen pregnancies in Rwanda are a result of sexual intercourse between girls and their peers tells an undeniable story that there is sexual activity amongst teens below 18 years that can’t all be classified as rape.

She says that current efforts in place tend to focus on criminalizing “perpetrators” and condemning teen pregnancies which doesn’t solve the problem, which is why the issue should be given time during Umushyikirano.

Land issues, corruption and customer care are some of the other issues Rwandans says should be tackled during the meeting.

Rwandans will participate directly from different corners of the country while the discussions will be broadcast live on Rwanda Television and Radio Rwanda as well as Youtube. People will also be able to submit their queries through social media platforms and by SMS.

Having started more than 17 years ago, Umushyikirano is considered one Rwandans most successful home-grown solutions.

Govt on Recent Evacuations: We Can’t Look on as Rwandans Remain in Danger