In December 2017, the Government of Rwanda issued the Made in Rwanda Policy which provided a holistic roadmap aimed at increasing economic competitiveness by enhancing Rwanda’s domestic market through value chain development.

Though the Made in Rwanda was being promoted for some years through the private sector, the new policy was aimed at bringing together existing government interventions under a clear policy framework and to address supply-side bottlenecks.

Four years down the road, according to the Minister of Trade and Industry Soraya Hakuziyaremye, the numbers show that Made-in-Rwanda has taken major strides and contributed greatly to the economy. 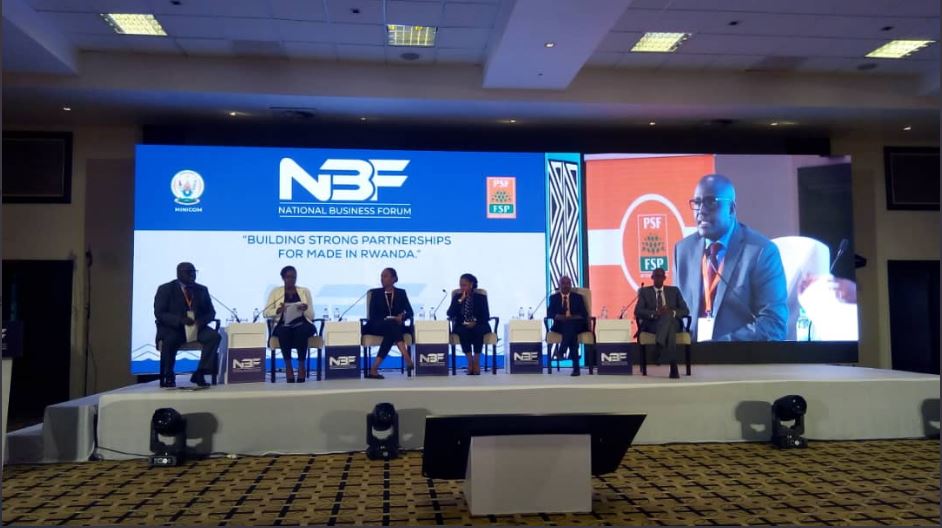 Hakuziyaremye, who was speaking at the inaugural National Business Forum (NBF) organized by the Private Sector Federation (PSF) said that since 2015, Made-in-Rwanda has contributed about Rwf510 billion to the economy –a sign that Made-in-Rwanda works.

“The average rate of expansion of the manufacturing sector has been at a greater rate after the Made in Rwanda campaign started,”

“In the three years prior to the campaign, manufacturing was stagnant at Rwf323bn for 2 consecutive years,” she said, citing the stagnated period being between 2011 and 2014.

“From 2015 onwards, we have seen an annual growth of 11 percent on average contributing Rwf510bn in the last fiscal year,”

“Adding mining and the construction sector, the contribution of the industry sector to the GDP is Rwf1456bn, up 49 percent from 2015,” she said, adding that Made-in-Rwanda works.

In regard to exports, Hakuziyaremye said that the yearly rate of export growth has risen since the start of the Made in Rwanda campaign in 2015. 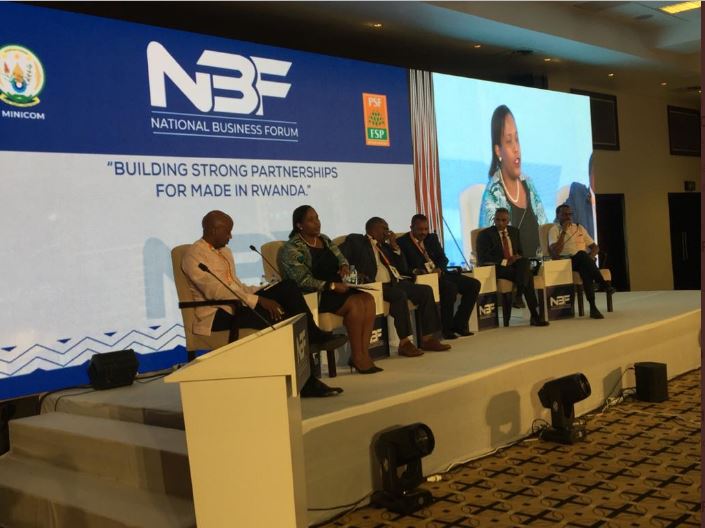 The Made-in-Rwanda discussion has been rotating around quality and affordability but the Ministry of Trade and Industry says there has been commendable progress for new standards development, standards review and standards harmonization.

So far there are 2,198 new standards developed, 379 standards reviewed while 1,108 standards have been harmonized.

Minister Hakuziyaremye said that the government will continue to give incentives to the manufacturing sector to improve quality and boost exports, pointing out that the Government is among the big buyers of Made-in-Rwanda as part of the efforts to support manufacturing.

She said a public procurement law was revised where local producers now have a 15 per cent preference on their bid scores, provided they are able to demonstrate 30 percent of local value-addition.

“We hope that this law will give chance to our industries to bid for large projects and supplies, while increasing their production as well as improving the quality to meet the standards of the market,” she said.

Among other incentives, the Government gives tax incentives to people who wish to set up industries including tax exemption and reduced rates of taxes such as VAT and import duties on the machinery and raw materials.

That way, the government hopes to continue to attract investors in the strategic sectors while at the same time boosting local manufacturing and reducing the trade deficit.

The Chairman of PSF, Robert Bafakulera said that the continued success of Made-in-Rwanda will require the private sector to position itself in terms of increasing productivity, enhancing quality and adhering to set standards while providing the best experience a local customer can have.

“This is the only way captains of Industry in Rwanda can alter the perceptions and mindset of Rwandans towards locally produced goods and services,”

“The Government has put in place policies where local content is preferred, therefore the onus is on us to satisfy the domestic market in terms of quantities and quality without any doubt,” Bafakulera said. 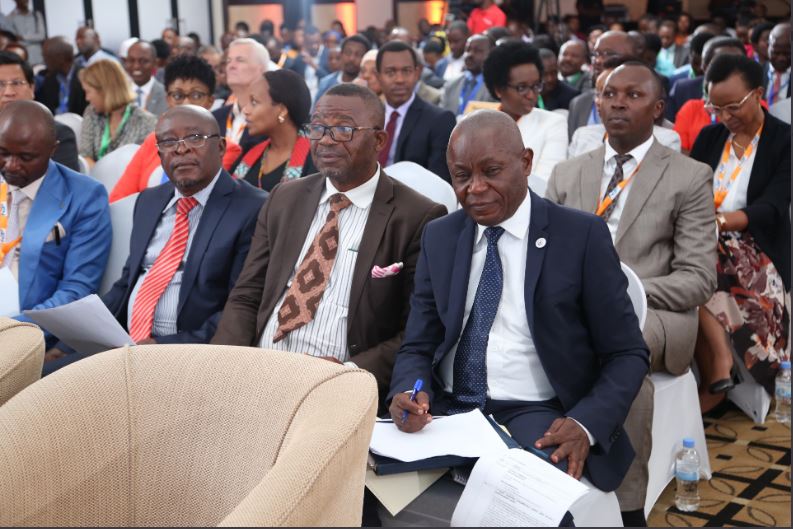 “In addition, competition in the manufacturing sector has become extremely intense, particularly from emerging markets. Imports from China, India and Europe now constitute a big percentage of imports,” Bafakulera said.

He said that strategies need to be developed to incentivize and reduce on the cost of doing business for local manufacturers, saying that a new Industrial policy which is more purposeful can held address the challenges.

More effective interventions including developing industrial parks for light industries, encouraging the banking sector to lend more to the sector, as well as using the development bank more effectively would also come in handy.

Bafakulera said that elaborating partnerships with other African Countries to develop regional value-chains and industries, in sectors like textiles, agribusiness, pharmaceuticals, and automobiles as well as revising trade policy and the Common External Tariff to support regional industrialization can also boost the manufacturing and export sector.

During the forum, members of the business community raised concerns that affect their business including power tariffs, high taxes and delays in VAT reimbursements.

The Commissioner General of Rwanda Revenue Authority (RRA) Pascal Ruganintwali assured the business community that the government is committed to put in place a conducive environment for them to operate without any burden, including tax incentives.

He also pointed out that delayed VAT reimbursements are going to be resolved. He said a budget has been put in place to cater for the backlog in VAT refunds.