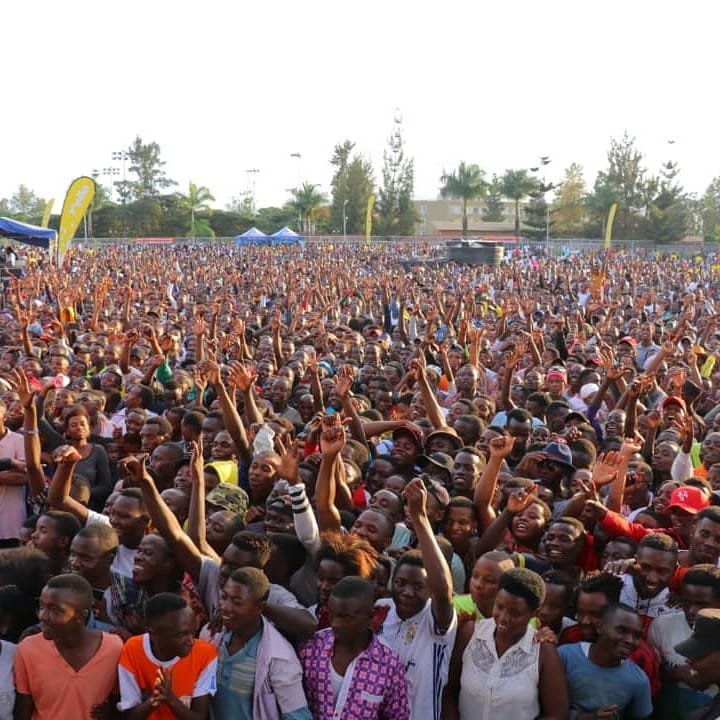 MTN Rwanda, Pascal Technology Ltd have opened a challenge to have all Rwandans access a smart phone – by dropping the challenge to the government of Rwanda to follow suit.

At the Yellow World campaign held this Friday, the telecom company pledged to offer 1,100 smart phones to citizens in order to bridge the digital divide, a challenge that saw bigger pledges.

“I hereby pass the challenge to His Excellency the President of the Republic of Rwanda, Mr. Paul Kagame, Minister Of ICT & Innovation Paula Ingabire and CEO BPR bank, Maurice Toroitich – will you pledge to Connect Rwanda?,” Mitwa Kaemba Ng’ambi, the new MTN Rwanda CEO said.

According to MTN Rwanda officials, the donated phones will be distributed with the help of local leaders, who will identify persons in need of such gadgets countrywide.

The donation is however just a drop of water in the ocean especially that Rwanda’s digital literacy is currently below 10%, and also less than 20% of Rwandans own and use a smartphone today.

These figures have raised a concern for both government and stakeholders to close this digital gap starting with young Rwandans as the country drives into the next vision 2050.

On the contrary, this digital divide is against achievement that Rwanda has made in becoming an ICT hub and earning President Kagame the name of “the Digital President”, according to Smart Africa Secretariat – the organisers of Transform Africa Summit- the continents biggest ICT meet.

This is a credit evident in ICT infrastructure as Rwanda has managed to lay out 7, 000 kilometers of fiber optic backbone and rolled out 96% of 4G LTE internet.

The country has become the first in the world to use drones for delivery of blood to hospitals in remote parts of the country.

Rwanda also launched a $5million Smart Classroom program (for secondary schools) in 2016, which so far has 60 smart classroom centers.

The country has also rehabilitated and furnished a total of 3000 computers across the country, with each center having 50 computers.

Rwanda is also home to the first African made Smartphone (Mara Phone).

“Starting with the next year 2020 we will go to the grassroots, to primary, secondary to start teaching basics of using the internet in schools. This will be one way of improving the levels of digital inclusion,” said Grace Ingabire, CEO of Rwanda Internet Community and Technology Alliance (RICTA) during the 7th annual Internet Governance Forum held in November this year.

MTN Rwanda CEO Kaemba Ng’ambi said that through the MTN ‘Yellow World’ they would like to try and change that to increase the number of smartphones to put into the hands of the unconnected in Rwanda.

In Rwanda, smartphones are believed to be a source of information and a gateway to connect people to others in thousands of miles away, especially through social media, but also the trend of the century of digital inclusion.

However, from the 545 authorized phone dealers, 8million phones are sold annually, with majority being USSD phones.

At the MTN launch event, it was also evident that many did not have smartphones, when the event Master of Ceremony turned off the flood lights and asked the mammoth crowd, mostly youths, to light up their phone back-lights as part of the launch participation.

The event which was screened live on national Television, showed just a handful of phone lights in the background next to the main stage.

The outcomes of the MTN ‘Connect Rwanda’ challenge are yet to be seen with responses from other stakeholders, as the campaign has picked attention of many Rwandans on social media.

“It will be good to know how you determine who has had no smart phone in the past,” said Jesse K Maxella on twitter.