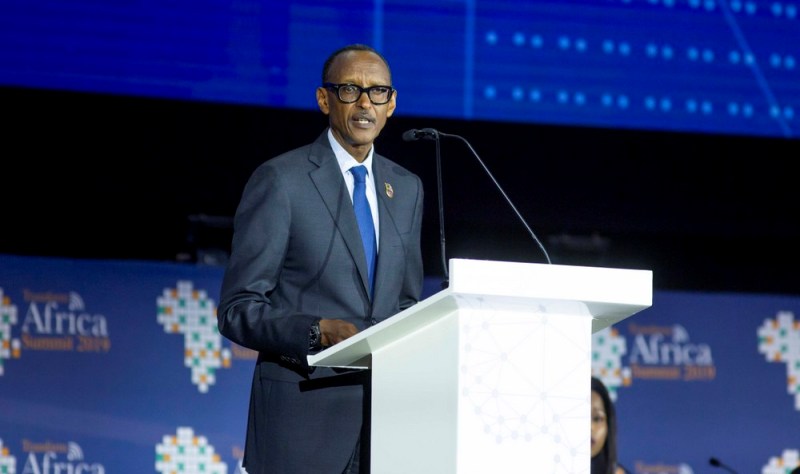 President Paul Kagame has finally taken on the connect Rwanda Challenge head-on after MTN Rwanda CEO provoked the Head of State at the launch of a mega plan to put Smartphones on hands of all Rwandans.

“I am happy to support the Connect Rwanda challenge with a pledge of 1500 Made-in-Rwanda MaraPhones,” Kagame said on his Twitter handle on Saturday evening.

The President’s pledge came shortly after KT Press published a story about the challenge that was launched on Friday, December 20 with two tech giants – MTN Rwanda and Pascal Technology Ltd both pledging 37,000 Smartphones for the head start in the campaign that is expected to see more pledges in 2020.

“Will you pledge to Connect Rwanda?,” Mitwa Kaemba Ng’ambi, the new MTN Rwanda CEO asked shortly after the launch of the Yellow World launch event held in Kigali on December 20, 2019.

Of the three challenged challengers, only President Kagame has come to prove that he is actually the “the Digital President”, as named by the Smart Africa Secretariat – the organisers of Transform Africa Summit – the continent’s biggest ICT summit.

For Kagame, the pledge is more than just the phones but in his view, it should be done in view of stressing the importance of technology in this digital age.

“Smartphones should not be a luxury item. Let’s challenge ourselves to make Smartphones an everyday tool enabling all Rwandans to fulfill their potential,” Kagame said. 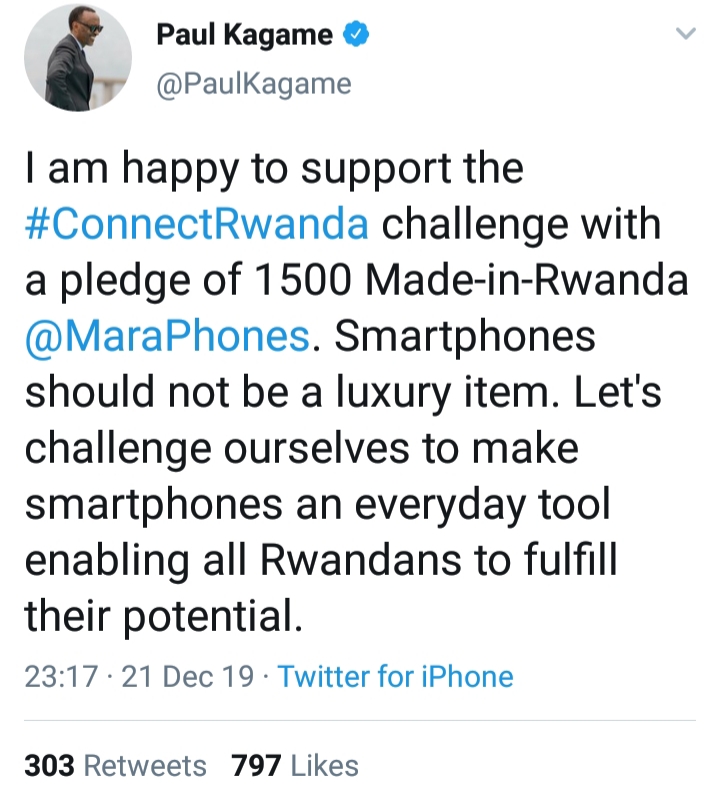 With a longer-lasting battery than other Smartphones, greater storage space and a 2-year Android version update courtesy of a partnership with Google, the Mara phones have already been circulated across Rwanda.

This move was welcomed by the MTN CEO, who has only been in Rwanda for less than three months but her leadership could be turning tables in corporate social responsibility activities among giant corporate companies in Rwanda.

“A pledge of 1,500 Smartphones from His Excellency, The President of the Republic of Rwanda. Thank you for supporting the Connect Rwanda challenge! A real honor,” Kaemba Ng’ambi replied to Kagame’s tweet.

The challenge is yet to see more big names join the movement that could turn around the current digital literacy levels now at less than 10% of the estimated 12million Rwandans.

If this challenge succeeds, Rwanda could have reasons to celebrate and seal its position in Africa as one of the countries with high investment in ICT infrastructure and policies especially in education and women promotion.