Umushyikirano 2019: A Day of Opening Up 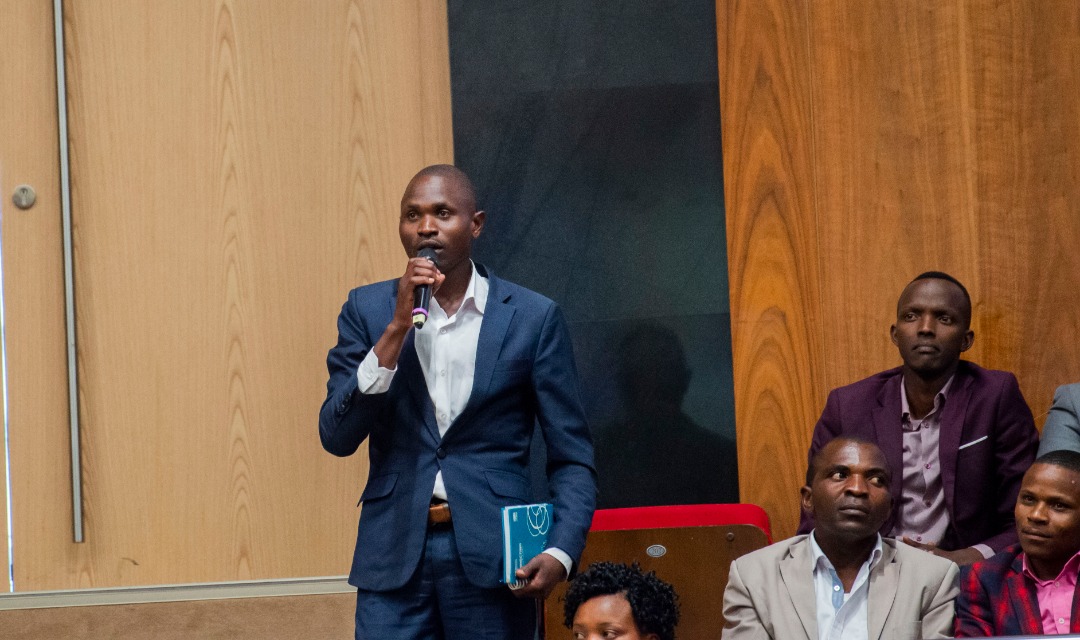 Day 1 of the 17th National Umushyikirano Council dialogue at Kigali Convention Centre (KCC) was characterised by laying bare issues and addressing them in a concrete manner –there was no room to postpone or skirt around them.

In two instances, President Paul Kagame asked the Minister of Agriculture and Animal Resources Dr Geraldine Mukeshimana and the Minister of Local Government Prof. Anastase Shyaka to explain further issues raised by citizens after they seemed to go over them pretty fast with general answers

“I am not convinced. You have not given a concrete answer to the person who asked,” the Head of State told the Minister of Agriculture after she insufficiently seemed to respond to a question by Eugene Mukeshimana, a young entrepreneur who was among the 300 youth gathered at Intare Conference Arena, following Umushyikirano digitally.

“Up to now we have not recovered from the loss,” the young farmer said.

Minister Mukeshimana explained that there are no cold storage facilities in Bugesera, adding however that the facilities available at the National Agriculture Export Board (NAEB) head offices in the City of Kigali and another one at Kigali International Airport. 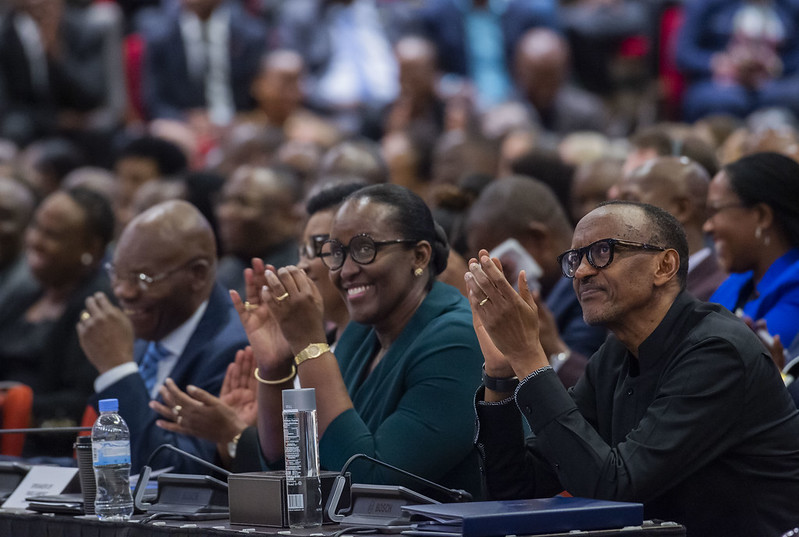 President Kagame was quick to point out that the answer by the Minister does not address the concerns of the young man.

He said the issue at hand is that he either has limited access to existing facilities or the ones available are not enough and the Minister needed to explain more on what needs to be done to build more or invest in more cold storage facilities.

Mukeshimana, the farmer, had also said that there is a need for more research and development especially in pepper to produce exportable breeds because the available seedlings are expensive and a major stumbling block for young and upcoming farmers.

“It is true we are still lagging behind in the area of research and development especially for pepper but we are looking into it,” Minister Mukeshimana said responding to her namesake.

President Kagame still said the answers given by the Minister of Agriculture were not satisfying and neither did she provide a solution to the young man’s queries.

“It is like telling him to go and continue working the way he is working and continue buying seedlings expensively and make harvest losses until they get out of business. You need to tell us more,” President Kagame said, wondering why there is no progress in research on agriculture products like pepper which Rwandans have grown for centuries.

The Head of State wondered what MINAGRI and NAEB are doing to scale up cold storage facilities because one or two are not enough, adding that concerned authorities needed to explain more on what is being done.

Minister Mukeshimana was prompted to respond concretely to the question, pointing out that there are planned facilities in the pipeline in different districts which grow produce for exports, though Bugesera district is not one of them but said that the district would benefit from the cold storage facilities planned at the new airport. 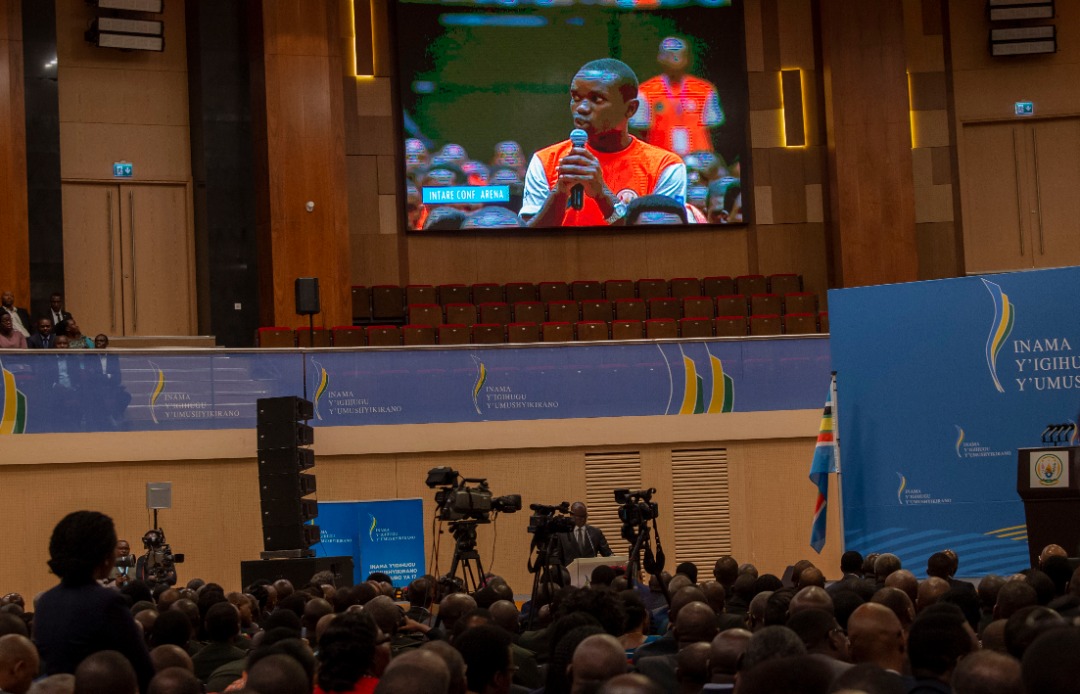 On research and development, she gave assurances that more efforts will be directed towards producing more varieties of crops that are increasingly showing export potential, also confirming that the Ministry will compensate the young farmers for the losses they incurred.

“On cold facilities, we have existing ones in districts which grow export crops which require cold storage including Muhanga, Kicukiro, Gisagara, Huye, Nyagatare and Kamonyi plus the ones I mentioned earlier,”

“Those are operational ones but we also have 10 more which are nearing completion in Ngoma, Rulindo and others. We also have initiatives to improve post-harvest management. This year, the government allocated Rwf13bn in construction of post-harvest facilities including cold facilities,” Mukeshimana explained.

This time President Kagame looked convinced. However, as fate would have it, it was the turn for the Minister of Local Government who incidentally was seated next to the Agriculture Minister to get in the hot seat.

A resident of Nyamagabe district raised a query that they worked for a contractor who was building the district headquarters but he never paid them. It is now five years.

Incidentally, President Kagame was aware of the problem which he said he was introduced to during his last visit to Nyamagabe during the Citizen Outreach Programme. 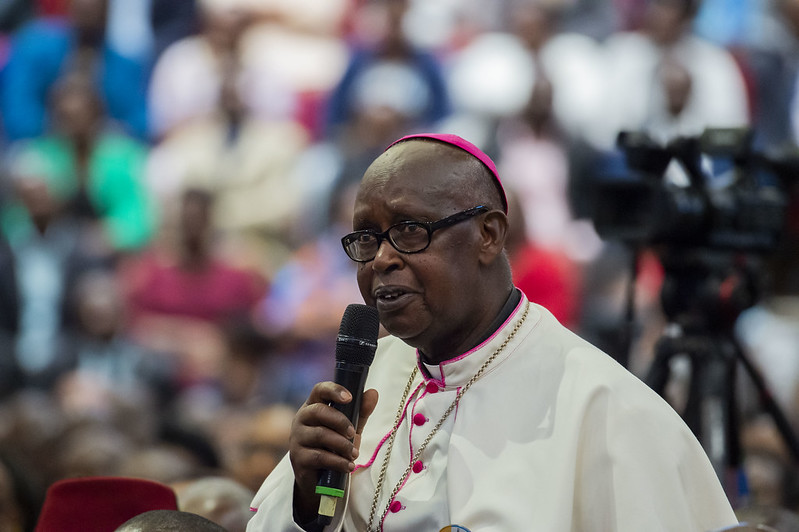 The Head of State tasked the Minister of Local Government to explain why the issue has taken so long to address to which Prof. Shyaka said that the matter will be look into and also quickly tasked the Mayor of Nyamagabe district to explain more.

“I have not asked the Mayor. I asked you,” President Kagame said bringing Prof. Shyaka back to the matter to explain why it has taken more than four years to address the dispute. Eventually Prof. Shyaka admitted that he personally wasn’t aware of the issue but will take it up.

“We are going to look into this issue right here with the Mayor and make a decision to ensure that citizens are paid immediately,” Prof. Shyaka said, adding that there is a new directive that requires local government entities not to pay contractors the full amount before ascertaining whether workers or service providers have been paid.

President Kagame said that this particular issue has been long overdue. He wasn’t letting go.

Prof. Shyaka admitted that there has been negligence and was not aware of the issue on his part. Focus now shifted to the Mayor Bonaventure Uwamahoro who also had to explain why the issue has taken so long. 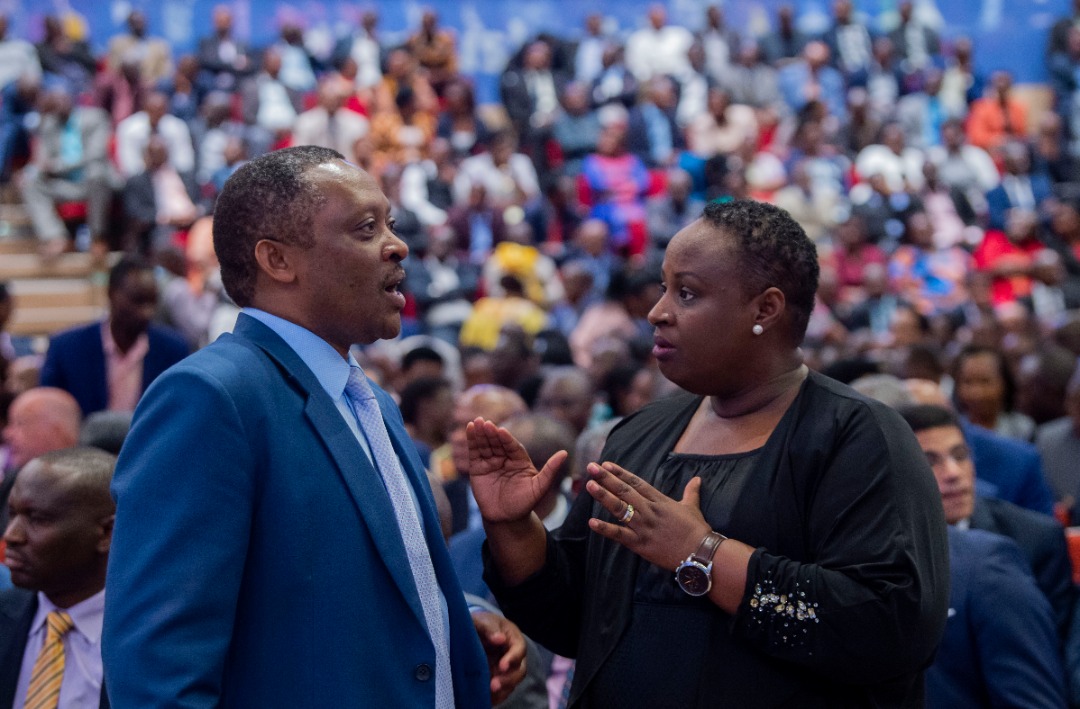 He said the contract had been cancelled and the task to build the district headquarters given to another contractor but there is still a challenge of the previous contractor paying more than 50 people who worked for him.

On this particular issue, President Kagame did not appear convinced.

Throughout the day, Ministers of Infrastructure, Education, Trade and Health were also among those tasked to explain a few things which have not gone as planned, except that they were not in the hot seat as their Agriculture and Local Government.

Earlier in his state of the nation address, President Kagame also faulted local leaders for poorly managing the issue of relocation of citizens from high risk zones, pointing out that it was done in a problematic way yet it could have been handled different. 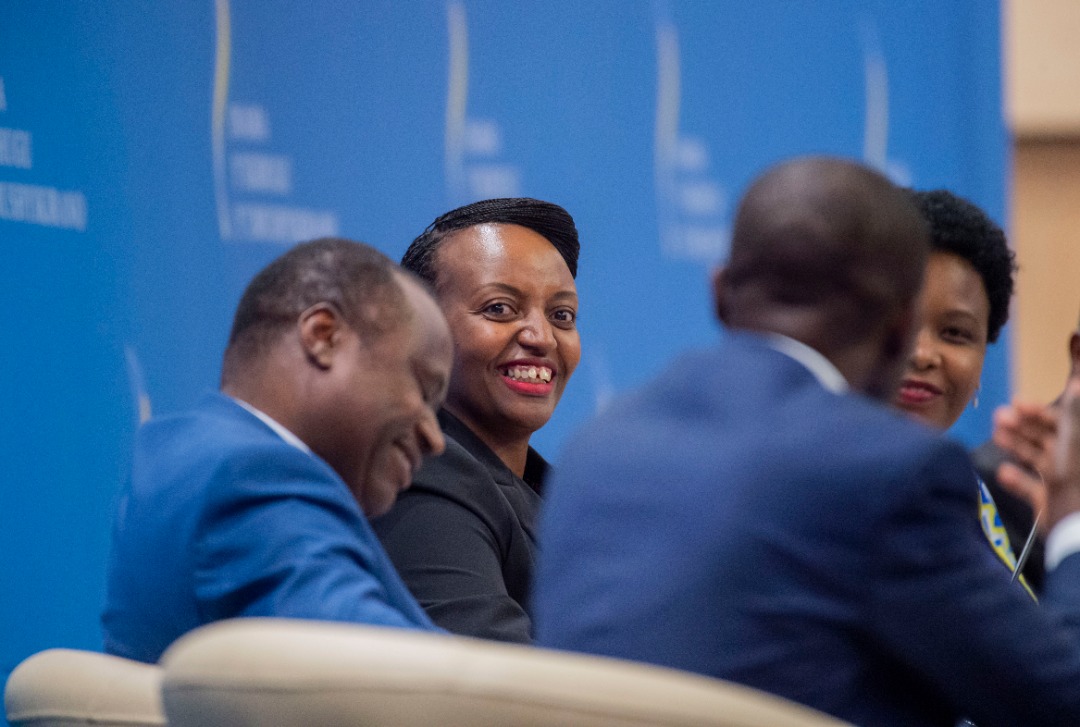 He said the rationale of relocations was not communicated, pointing out that this a matter of saving lives where if people are not relocated, the country risks losing more lives to natural disasters due to vagaries of weather as it has done in the past years.

Weighing in on the issue that has attracted a lot of media attention, the Head of State gave guidance that those who have documents must be compensated as it should be while those who settled in these areas illegally have no right to seek for compensation but the government is ready to help in resettling them elsewhere as it does for all citizens.

He however said that criticism will not deter the government from doing the right thing, which is relocate these people from high risk areas before they are affected by disasters.

He faulted leaders for handling the manner in a way that could have put the government in a tight position and perhaps lead to insecurity, pointing out however that the right thing must be done.

Discussions on Day 2 will centre on engaging families for community resilience. Bishop Servilien Nzakamwita of Byumba Diocese called for a frank and comprehensive discussion on family as a foundation of peace and stability for the country, pointing out that current challenges in families call for a national dialogue on addressing them.