On the morning of August 9, 2017, all roads heading to Bugesera district in Eastern Province were busy. The traffic was high.

Sport utility vehicles (SUVs) could be seen every minute, speeding off from the capital Kigali heading to the district. It was a special day.

President Paul Kagame, who had just been re-elected for another term, began work on a high note. He travelled to the district to officially flag off construction of Bugesera International Airport (BIA).

A year before – in September, to be precise, Government of Rwanda had signed a deal with Portuguese firm Mota Engil Engenharia e Construcao Africa to deliver the Bugesera International Airport – with the first phase expected to handle 4.5 million passengers a year, once completed.

Construction was planned in two phases, as per terms of the deal between Rwanda government and Mota Engil.

The first phase would cost $418 million and be scheduled for completion by December 2018.

After this phase, the extension works worth $ 400 million would then be undertaken, bringing the total cost of the project to $818 million.

The pace at which the construction was conducted, was promising.  When KT Press visited the construction site eleven months after President Paul Kagame laid a foundation stone for the construction of Bugesera International Airport, the project’s value cost stood at 14.8%, site engineers said.

A follow-up schedule was set to revisit the site – eight months later. But news reached KT Press that construction works at the country’s biggest venture were temporarily halted, as the government was considering redesigning the airport and make it a more world-class facility.

This was later revealed by President Paul Kagame during a press conference at the closure of the National Dialogue (Umushyikirano) on Friday, December 14, 2018.

Since then, little has been talked about concerning the airport until yesterday, when news broke out that the Government of Rwanda and Qatar Airways concluded an investment partnership for Rwanda’s new international airport.

According to the government statement, the partnership features three agreements to build, own, and operate the state-of-the-art facility.

Under the new deal, Qatar Airways agreed to take a 60% stake in the project, which, as a whole, is valued at around $1.3 billion – compared to the initial $818 million.

Immediately after the signing of the agreement, the Minister of Infrastructure, Amb. Claver Gatete convened a press conference to provide more details about the new Qatar-Rwanda airport deal.

According to Minister Gatete, in details, the three agreements means that on the shareholders’ agreement, “Rwanda will own 40 per cent stake in the facility while Qatar Airways will own 60 per cent stake,” Gatete told KT Press during a press conference.

The other agreement; the share purchase agreement, Gatete told KT Press that early this year, “Rwanda had to purchase the 75 per cent shareholding by Mota Engil in order to retain 100 per cent ownership before entering the new partnership with Qatar.”

Under the third agreement, Minister Gatete told journalists that the agreement involves a guarantee for indemnity.

All under this new deal, Gatete said, was because “We wanted to have a world-class airport.”

Asked if Mota Engil has been kicked out of the project, Gatete said, “No. We shall continue working with them in construction activities.”

While the second phase of the construction of the new airport is expected to be completed in 2032, Minister Gatete did not reveal when the first phase will be completed.

He also declined to divulge into sources of financing for the government’s share in the project.

“That is not for public consumption,” Gatete said. 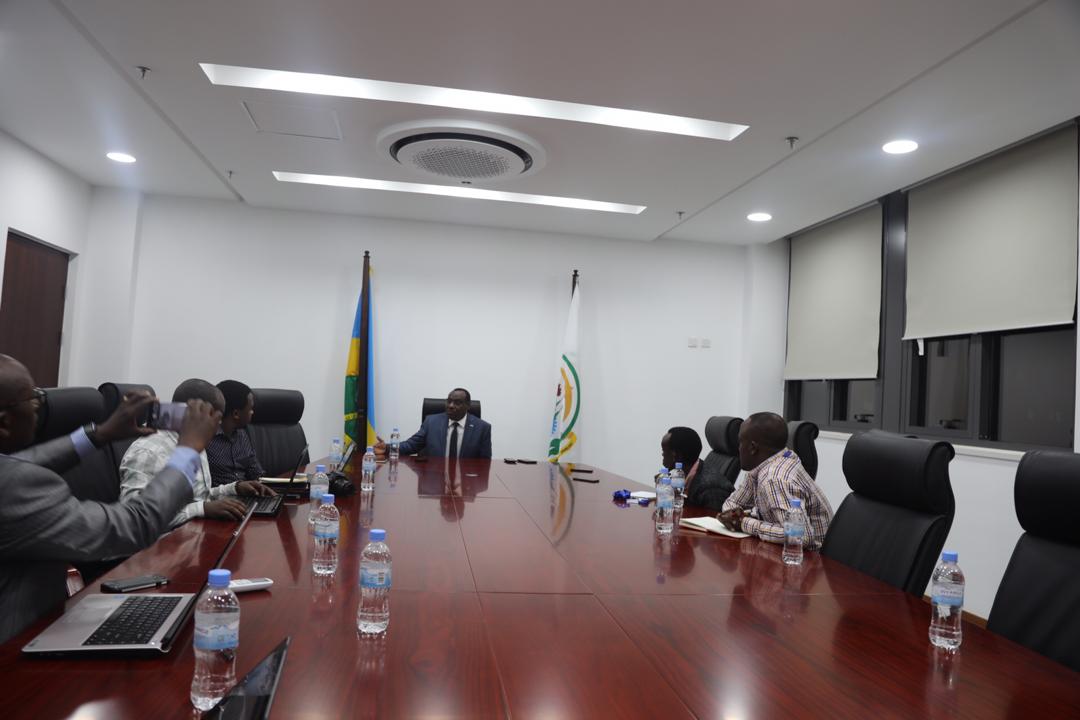 Meanwhile, as Rwanda’s national carrier RwandAir continues to spread its wings across the globe, Minister Gatete revealed that the carrier has made orders for the purchase of more “wide-body” planes.

“We have ordered for more wide-body planes,” he said but declined to reveal the number. “You will see them when they come,” he added amid chuckles.

Currently, RwandAir flies to 28 destinations and plans to open new routes including the United States of America, Ethiopia, Mozambique and Angola.