Stray Dogs Threatening Human Life: Who Should Be Accountable? 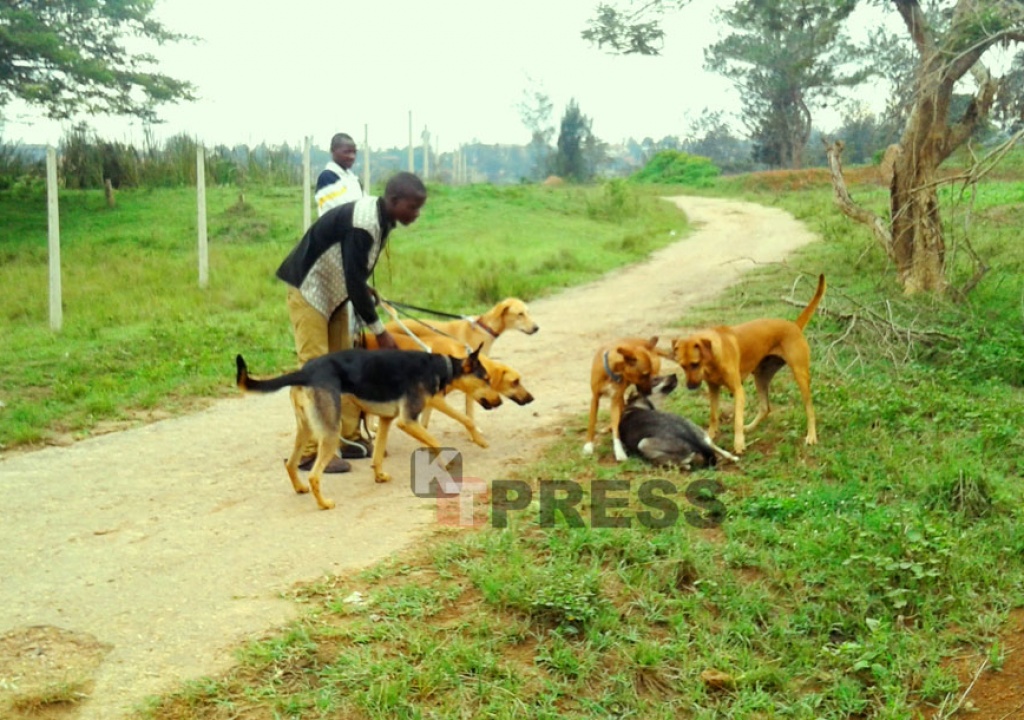 For the last three months, Nyamasheke district authorities have reported fourty(40) cases where people were attacked by stray dogs inflicting injuries on them.

After being viciously bitten by stray dogs, victims are taken to Kibogora hospital for treatment where they have been healed satisfactorily.

Samela Mpinakarenge, the last victim was attacked by stray dogs at her home in Cyato sector on April 14, 2020.

“Samuela Mpinakarenge was hospitalized on April 14, 2020, she had wounds that were treated after being attacked by stray dogs. Dog bites may not indicate serious health impacts immediately after bites. But victims can have serious infections of disfigurement, and death, if not treated earlier after the attack,” Dr. Saratiel Kanyarukiko, Director of Kibogora hospital said.

“These dogs were abandoned by their owners, they are not vaccinated. They could be carrying bacterias that cause rabies. This is dangerous. To save the victims from rabies infections immediately, we give them the immediate vaccine,” Kanyarukiko said.

“Stray dogs attack people from bushes inflicting injuries on them. They also attack domestic animals like goats and hens for food,”Kanyarukiko said.

In 2010, the government established a policy to be observed by the dog owners and people who want to adopt pets. But less has been done to comply with the guidelines causing stray of dogs.

In Kigali city, the detention dog policy requires each dog to carry a leather collar fitted with the numbered medal. Every dog owner is directed to conduct an annual immunization of his pet against rabies. For villages and towns in Rwanda, any dog owner shall declare their dogs to the nearest police station, or the sector executive secretary.

According to the official Gazette number 50 of 13/12/2010, in urban areas, an order shall apply to any dog straying except for care and food expenses that are five thousand(Rwf5000) per day with a period of three days to claim an impounded dog fixed at three days.

The official Gazette also notes that, whenever a stray dog without owners is found, they shall be shot down by the veterinary authorities with assistance from the police.

In response to the stray dog attacks, Nyamasheke district officials launched a campaign to kill stray dogs by poisoning on April 14, 2020.

So far, sixteen(16) dogs have been poisoned and died.

“We have worked with RAB to poison stray dogs, 16 have died and the hunt to kill them continues. We are not sure where these dogs come from, but they could be coming from our districts or neighboring areas. We are optimistic to have all of them killed,” Appolinie Mukamasabo, Mayor of Nyamasheke said.

“All of these attacks are reported in Cyato, Kirimbi, and Rangiro sectors that neighbor Nyungwe forests. However, the stray dogs do not go to Nyungwe forest, they do not have what to eat there. They are always roaming around bushes neighboring homes to get dumped food hence attacking people and domestic animals,” Mukamasabo said.

Mukamasabo added that “We hope to kill all the stray dogs in the shortest time possible, but we have the challenge of the rains. When it rains poison is diluted. So, poison does not kill them. The effective way is poisoning them when it has not rained,”

“Dog owners are advised to control and immunize their dogs. Veterinary doctors are available starting at the village level and sectors. Otherwise, every stray dog will be killed, and the owners risk to be imprisoned and punished once they are known.”

The call from RAB and police comes after growing cases of stray dogs was reported in different parts of the country, with some attacking and biting people.