Planners of the 1994 Genocide committed against Tutsi wanted to leave no one to tell the story but, while they wiped out some families, their earlier plan did not succeed to the fullest.

The atrocities of the Genocide are being told by survivors who, only survived miraculously like Sylvia Kayitaramirwa from Nyamirama Sector – then Gasogi sector of Kayonza district in the Eastern Province.

During the Genocide, she was 18 years old, from a big family of 19 children. When killing intensified in her village, possibly on April 13, the family was scattered, but the idea was to flee to Nkamba hill overlooking the Ruramira dam.

Constructed between 1983-1987, the dam was an irrigation infrastructure as the country was promoting rice farming, but Interahamwe would look at it as another tool that would help to exterminate the Tutsi.

The hunt of Tutsi starts in Kayitaramirwa’s village, and before leaving her home, she first tried to explore some options.

“I was left with one elder brother and a young sister. We first went to the chief of the sector – counselor one Paul Gakwavu to ask him protection,” recalls Kayitaramirwa.

“Instead of helping us, he handed us over to his son who was a teacher saying: take that trash to where it belongs.”

The Interahamwe, son of Interahamwe took the trio, and had they reached the main road, they saw a big group of interahamwe coming against them. He told them: “Just go, they will handle you.”

The two siblings did not survive this attack, but Kayitaramirwa run for her safety and managed to reach the rest of her family at Nkamba hill overlooking the Ruramira dam, which was still relatively ‘safe’.

Two days, three days, four days without food, Kayitaramirwa and her siblings were too weak to resist and father, anxious took a decision to leave those hideouts at any cost.

He returned home to look for some food, but he never returned.

After seven days at the hill, Kayitaramirwa’s mother understood that it was “fair to go back home and die there because there was no choice.”

Some other neighbors also bought the idea and they left the hill.

Down the hill at one of the bridges leading to Ruramira dam, they met with Interahamwe who told them: “You either give us money to let you go or you die.”

They took two elderly women who failed to raise a little money and dumped them under the bridge.

“My mother gave them Rwf 800 to allow us to cross, but before they even pocketed it,  I had already run back up the hill,” Kayitaramirwa said.

She does not recall dates due to traumatic events she went through, but all she knows is that the following day was dedicated to the general hunt of the Tutsi.

Her mother and some siblings with her were brought back to Ruramira dam, and up the hill,  Interahamwe pushed the other Tutsi hiding towards the dam. Kayitaramirwa was not spared.

At Ruramira dam, she saw her mother being killed, and when her turn arrived, Interahamwe gave Kayitaramirwa three choices.

“Just choose: either two men will grab your legs and split you into pieces, or we hack you or rape you to death,” the mother of two recalls.

At first, being drawn in this dam was not an option Kayitaramirwa was given

The young lady understood that there was no choice to make rather than only resist Interahamwe who then took an option to just drawn her in Ruramira dam alive.

“They tied me up, threw me into the deep dam, and accompanied me with sharp sticks. I struggled to swim and managed. They tied me up again tightly after undressing me, to put me to shame,” she said.

The Interahamwe did this exercise to throw her back into the water seven times until they decided the worst.

“The seventh time, they tied me on two rocks: one on the chest, another on the back to make sure that I am not able to make any movement. You know, when someone knows there are no other options, you resort to all the energy God gave you,” she said. 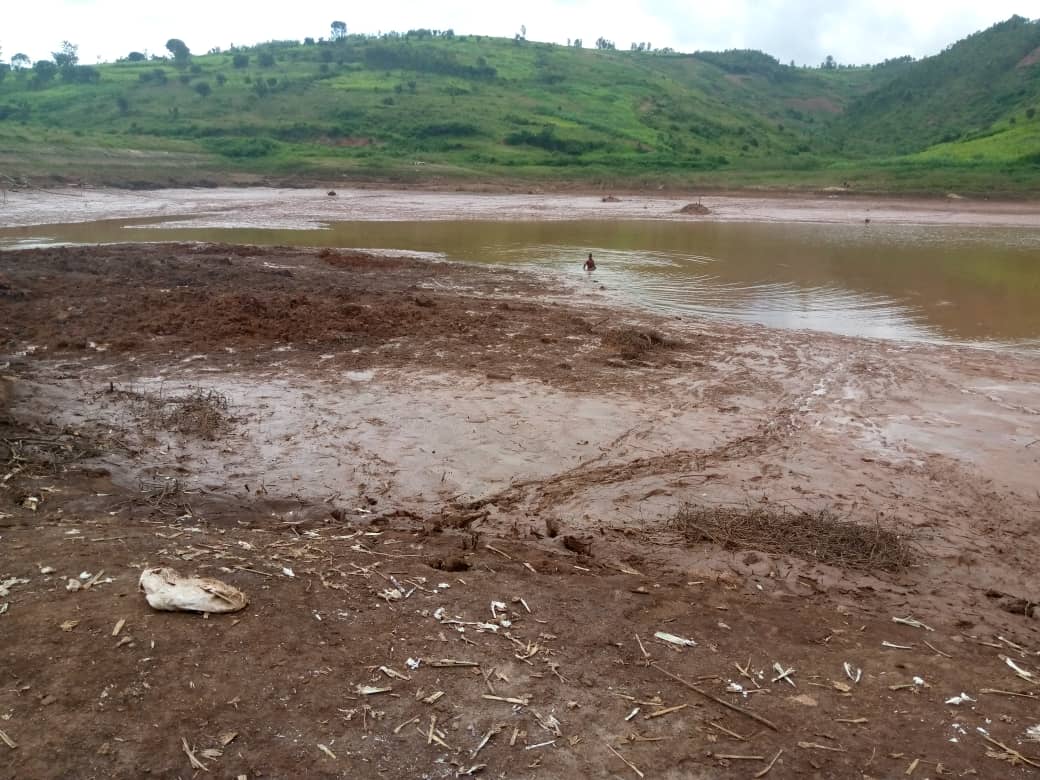 Kayitaramirwa tried her level best to keep floating and this became even easier when by chance, one stone fell off.

To end this struggle, a militia called by the name Iyakaremye walked down the dam after killing several other Tutsi in other villages.

“I was a brown girl with light skin. When the man saw me struggling in the water. he took me for a foreigner and told his fellow militia; beware, she could be a foreigner!”

Being an Interahamwe leader in the area, he managed to order that Kayitaramirwa be removed from the dam.

“I was agonizing. I started the battle at 6AM and left that place towards 6PM,” she said.

“The man took me to his home after giving me a jacket to cover up my shame. I was carried out by two women  because I would barely walk.”

On their way, Kayitaramirwa recalls seeing that Interahamwe killing a Tutsi and drinking his blood.

She stayed in killer’s family for a few days, suffering heavy wounds before the Rwanda Patriotic Front(RPF)Inkotanyi captured Kayonza.

According to Didace Ndindabahizi, the President of Ibuka, an umbrella association of Genocide survivors’ associations in Kayonza, the actual part of Kayonza district was captured between April 17-20, 1994. 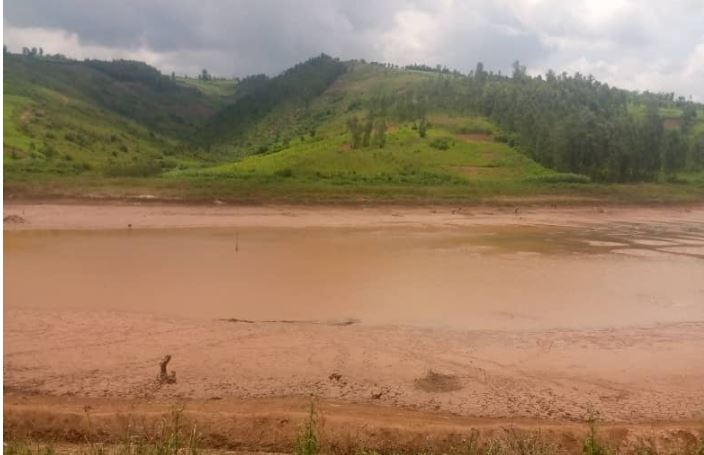 Kayitaramirwa was put on treatment, and she recovered physical wounds, but traumatic memories at times take her backward.

She was lucky to meet with two brothers, including one from the step-mother. After the Genocide, she embarked on working hard in farms.

“I am a farmer and not complaining. I also do some tailoring. I have a dream to start a professional farm,” she said.

“The first cow that I was given in Girinka, died but I hope to get another,” she said.

Meanwhile, Ruramira dam is being drained to allow search for the remains of the genocide victims that were thrown there.

The search started in July 2019 and so far, 218 bodies were found in Ruramira dam after it was dried. Search will resume on June 8 after it was halted in May due to a rainy period which turned the ruins of the dam muddy which made difficult the search. 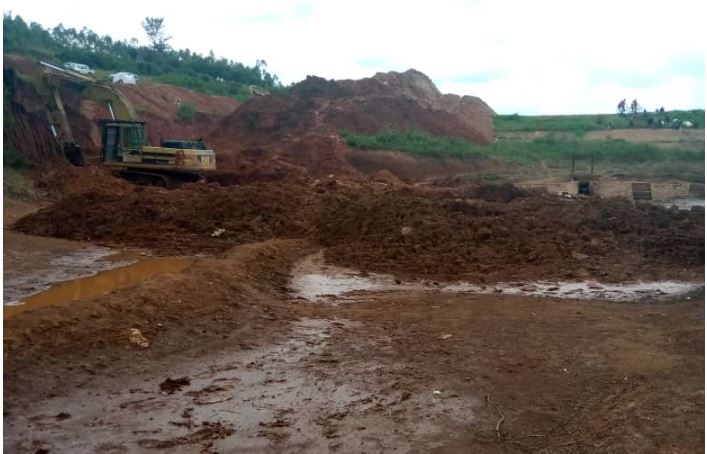 According to Ibuka’s Ndindabahizi, interahamwe killed people in two consecutive weeks, going from door to door or finding the Tutsi in their hideouts, taking them to Ruramira which had become their mass grave.

Some were killed and thrown in the dam, while others were thrown in alive.