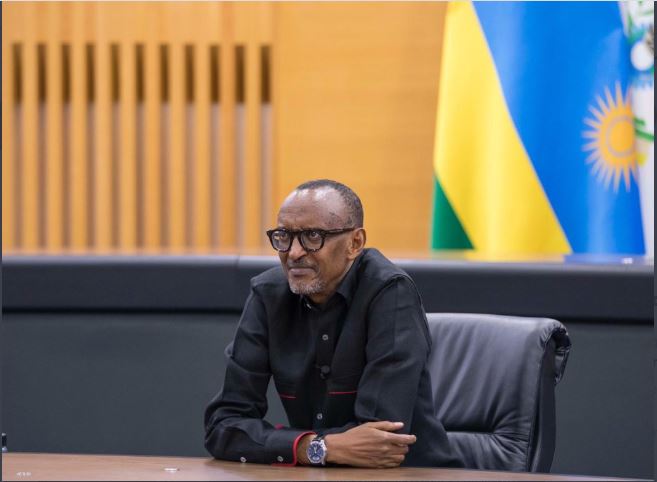 President Paul Kagame says black people have been discriminated against for so long and treated as lesser people, which is why he sees the Black Lives Matter movement as one which is timely and premised on genuine concerns of people who feel that the world must be an equal place for everybody.

President Kagame spoke about the movement which started in the U.S, in 2013, with blacks and people of colour protesting police brutality and mistreatment of black people who were demanding to be treated equally.

The movement was recently energized by the killing of George Floyd, a 46-year old black American man in Mineapolis, Minnesota, at the hands of police, which sparked anger not only in America but across the world as protestors hit the streets to demand equal treatment and an end to discrimination.

During a session on the 26th Liberation with Social Media Influencers and Journalists on Friday, President Kagame was asked what he thinks about Black Lives Matter and he said ‘yes, they do matter’

“They do. They have mattered from the beginning. I don’t think there is more value with a person of a certain skin colour than the other one of a different skin colour. Black people have been discriminated against not in just one place but in many places,”

“In fact, some of them have been discriminated even on their own continent, this continent of Africa,” President Kagame said, adding that it shouldn’t have happened and Black Lives Matter is an opportunity to make things different.

President Kagame said that racism should have no room, it doesn’t matter when it happened in the past, or it is happening now but it is wrong because there is no life or race that matters than the other.

“The story about that therefore is very wrong and whether from the beginning or somewhere in the middle or even now, those lives have mattered, they will matter tomorrow. There is no life that matters more than the other,”

“I think what people are saying when they say that black lives matter, it’s building on the fact that these black people have been discriminated against. Which should not be the case. The movement started is not the beginning or end of this problem,”

President Kagame said Black Lives Matter movement is important because it highlights how people have suffered under injustice, under racism, under prejudice.

“It is calling upon all of us, black, non-black, whatever colour to pay attention,” he said.

President Kagame emphasised that saying that Black Lives Matter does not mean that other lives don’t matter but rather a reminder that black lives need to be treated better and not be looked at as lesser humans.

It is the first time President Kagame has spoken about the movement which has continued to shake up things in the U.S and spread to other continents since May.

The movement has been around since July 2013, when the hashtag #BlackLivesMatter began to trend on social media after the acquittal of George Zimmerman, a Whiteman accused of shooting to death of African-American teen Trayvon Martin in February 2012.

The movement became nationally recognized for street demonstrations following the 2014 deaths of two African Americans: Michael Brown—resulting in protests and unrest in Ferguson, a city near St. Louis—and Eric Garner in New York City, but it was the killing of Floyd that proved to be a major spark for global recognition of the movement.