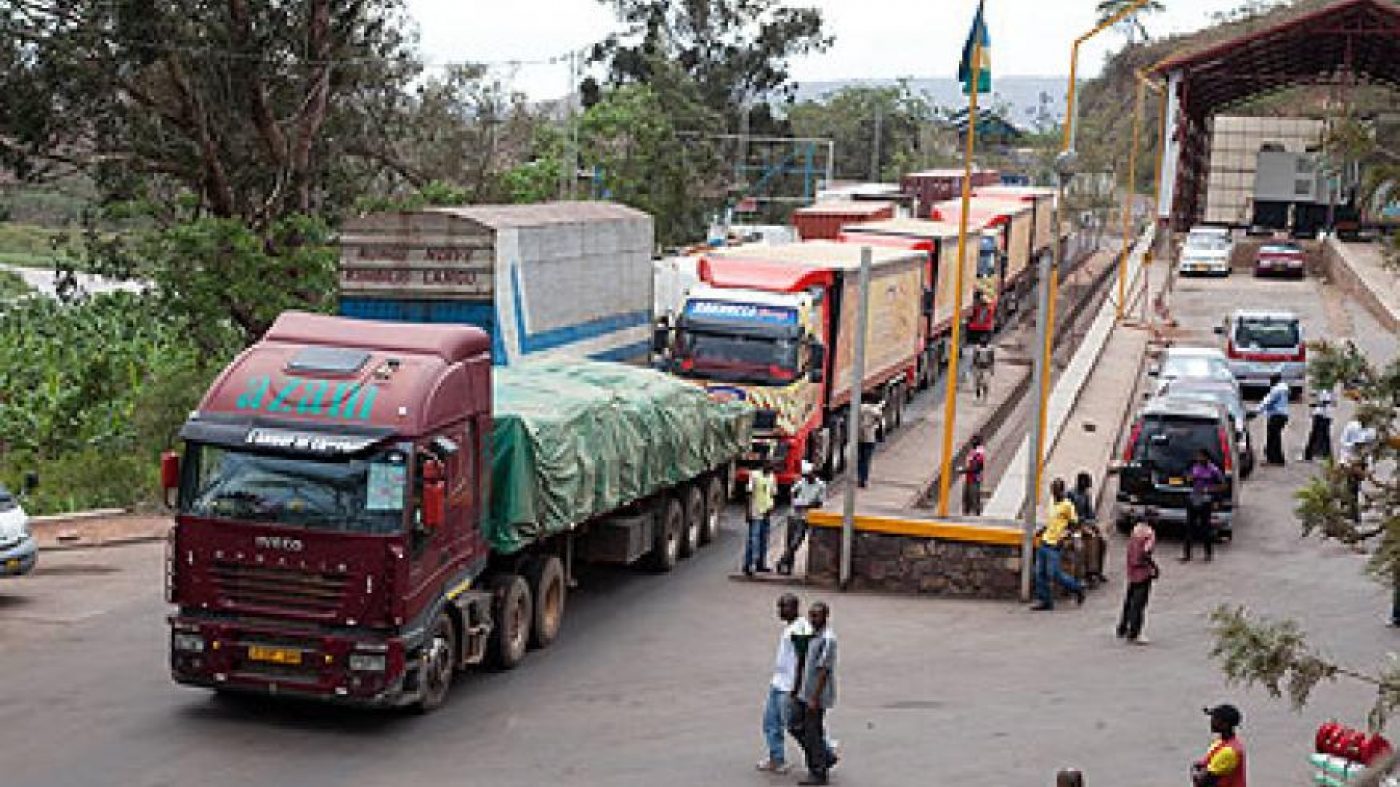 President Paul Kagame has spoken out on challenges affecting joint management of the New Coronavirus outbreak in the East African Community (EAC), pointing out that countries have not acted in harmony in regard to dealing with cross border cases which led to serious misunderstandings.

President Kagame, while addressing a group of social media influencers and journalists, revealed that Rwanda experienced what was nearly blackmail to compromise own measures to contain the virus -a situation he described as ‘unfortunate’ where landlocked countries have to beg neighbours with access to sea in order to maintain a smooth flow of goods.

President Kagame, in reference to recent challenges regarding management of cross border cases transmitted by truck drivers and their assistants, which saw Rwanda impose measures to contain them, said that some of the directives put in place did not go down well with drivers from neighbouring countries, especially Tanzania.

“It’s true that COVID-19 has created a lot of problems, given what it is itself, affecting every aspect of life starting, with the health of people and the measures to manage that, putting extreme restrictions on Human life is movement or work, all kinds of things,”

“Each country, each region of the world has been affected and the people are affected differently in a sense, but also affected differently because maybe of how they understand this pandemic or the means they have to apply to deal with it or lack of those means and so on and so forth,” President Kagame said, explaining the genesis of the problem.

In the EAC, President Kagame said COVID-19 has affected the trade and movement of people but trade has been most hit. He said Rwanda has been most affected because it is landlocked, with no direct access to the sea.

“When these routes are affected at the same time, both of them, it really means serious problems for us. We can’t export easily. We can’t have things come into the country from outside easily. So, in other words, we are more or less strangled economically or if you specifically talk about trade,”

President Kagame said that ordinarily, there should be ways around the problem, pointing out that COVID-19 has affected many things including the lives and health of people, but it shouldn’t have affected common sense that relates to the urgent need for cooperation.

“People have to work together if things are going to be easy or easier for some of us than if there is no such cooperation. There are many things intertwined here. Each country seems to see things the way they want to see them even about COVID-19 and that’s their right,”

“I cannot tell anyone else how they should see it, how they should approach it or how they should manage it. It’s not my place, it is none of my business,” President Kagame said, adding that in the same light he can’t be lectured on how to manage it, due to different circumstances in each country.

However beyond that, he said countries can discuss and share ideas, each putting their views on the table and narrow down differences of how they see things to the point that they can easily find a way forward that is going to work for both countries to manage the problem -something he said is very important.

He however pointed out that this has not been the case.

“As Rwanda, in this specific unfortunate situation where we are landlocked, we really literally have to beg neighbours to allow us [access to sea] and again in a normal sense these neighbours have a certain obligation to allow those of us who are landlocked to have access to the sea through their countries,”

“Of course, there are rules and ways and laws that govern that and we are the first to respect that since we are the ones at the receiving end of these problems, there is no doubt about that,”

He however said that there have been problems concerning that as it has been reported in the media, he said, in reference to Tanzania and Kenya, adding that physically people have gone there to visit to resolve problems across the borders -both in the northern and central corridor.

“We have tried everything that we can, even indeed as people at the receiving end of these problems, for being landlocked,”

“We have done everything that we can do, according to, you know almost by the book or even beyond that and tried to incentivise, sweeten, all kinds of ways to make sure that we are really working together with our neighbours who hold this key, as to how we can work together to ease on the movement of goods, especially of trucks,” President Kagame said.

Regardless of the effort, President Kagame said that there are still challenges, despite earlier reports that the issues had been resolved.

“We are still finding difficulty. We are still experiencing serious problems. We still want to continue tackling that because we are suffering a lot on our side and almost reaching a point where it’s like being blackmailed. Behind it, it’s like telling someone that you know, ‘do things my way, the way I see them, not the way you understand them’,” he said, adding that the main challenge has been about testing drivers.

The Head of State said that there has been an original understanding in the East African Community to do things in a certain way they had agreed on in line with managing cross border transmission of the New Coronavirus but that hasn’t taken shape.

“It doesn’t seem to take shape or take shape predictably and permanently so that we know what to expect. It changes every other day,” he said, leading to protests by truck drivers and business but countries have not been able to meet and agree on the way forward.

President Kagame said that from Rwanda’s position, the government is looking forward to addressing the challenges faster than it has been, adding that he specifically wanted to clarify on reports in the media that Rwanda has mistreated or harassed truck drivers.

He said that the claims are not correct and not even fair for Rwanda.

“That is not true. Whoever is saying it is saying it deliberately knowing that they are distorting the truth about that case. That is one point I have to make clear. In fact, the way we have come to be at the receiving end and such a serious problem affecting us, we cannot be the ones to create problems and misunderstandings at the same time, unless we’ve lost our senses which we haven’t. We are as sober as we were before COVID-19.”

“In fact, we may be even more sober.  We have learned lessons from this situation of hardships,” he said.

President Kagame said that Rwanda made central the procedures that had been agreed upon by EAC partner states, which are mainly testing, isolating and treating in a bid to contain the spread of the virus.

He said that is what Rwanda has been doing on its part and the country has been open about the cases registered and how they are handled, following the same protocols used elsewhere.

He pointed out that the fight against the virus shouldn’t be seen as a competition of sorts or an inconvenience but rather efforts to save lives.

President Kagame also said that though the Coronavirus pandemic is a tragedy, it came with some silver lining, affecting nearly 99 percent of the world, affecting both rich and poor equally, in a way becoming an equalizer.