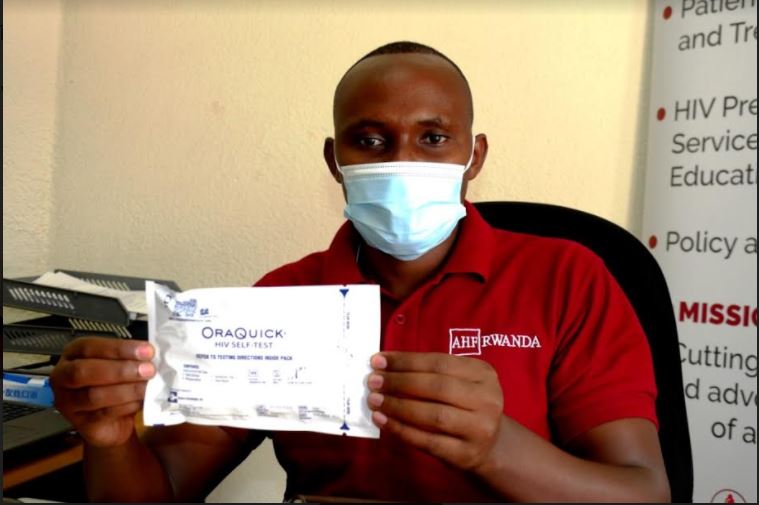 Rwanda has taken on a new strategy to ease access to HIV/AIDS testing and treatment as part of efforts to prevent more spread of COVID-19.

According to AHF, an international NGO that supports government in HIV/AIDS prevention and treatment, the new focus will address the issue of access to Voluntary Counseling and Testing (VCT) services that were, before coronavirus, provided to mass population but has since March seen a reduction in citizen participation due to the Covid19 outbreak.

“We will, this month, start distributing the test kits (OralQuick HIV self-test) through the existing condom kiosks which will enable us to reach more people who cannot acquire the usual voluntary counseling and testing services due to coronavirus limitations,” said Narcisse Nteziryayo, the AHF prevention Programs Manager.

Nteziryayo also revealed that during the first months of Covid-19, there was a reduction of consumption by half of free condoms found in condom kiosks as a result of the lockdown but since the uplift on the lockdown the consumption has picked up by three quarters.

Nteziryayo made the revelation this week during the donation of food items to over vulnerable Persons Living with HIV/Aids (PLWHs) in 29 health centers across the country.

Dr. Placidie Mugwaneza, the RBC Acting Division Manager of HIV, STIs and OBBI said the test kit distribution plan, will come with professional health assistance from medical professionals, for persons who may find their status as HIV positive.

“The free test is not conclusive until approved by a medical specialist. That means once the test comes out positive, the person can contact their nearest medical center or doctor of their choice to seek counseling and medication services,” Mugwaneza said.

The free test service will also come with AHF increasing the number of existing condom kiosks with 8 of them in Kigali and more to be added in districts of Huye, Rusizi and Rubavu among others.

The report also shows that annual incidence of HIV among adults was 0.08 percent, corresponding to approximately 5,400 new cases of HIV per year in Rwanda.

However in 2018, RBC introduced the use of Pre-exposure prophylaxis (or PrEP) – where categories of persons at a very high risk of catching HIV (such as sex workers) take preventive medicines daily to lower their chances of getting infected.

According to Dr. Mugwaneza, this program has been successful in its pilot phase in Kigali and is yet to be scaled up to other areas which are considered as high HIV burden zones especially for female sex workers, men who have sex with men (MSM) and discordant couples.

“Kigali city is now already covered with PrEP services which are fully available for all in public health facilities in which over 2,000 persons have used it,” Mugwaneza said.