Home Special Reports Left To Deliver, Murdered in Cold Blood: The Story of One of Genocide Victims In Kivugiza Mass Graves
Special Reports

Left To Deliver, Murdered in Cold Blood: The Story of One of Genocide Victims In Kivugiza Mass Graves 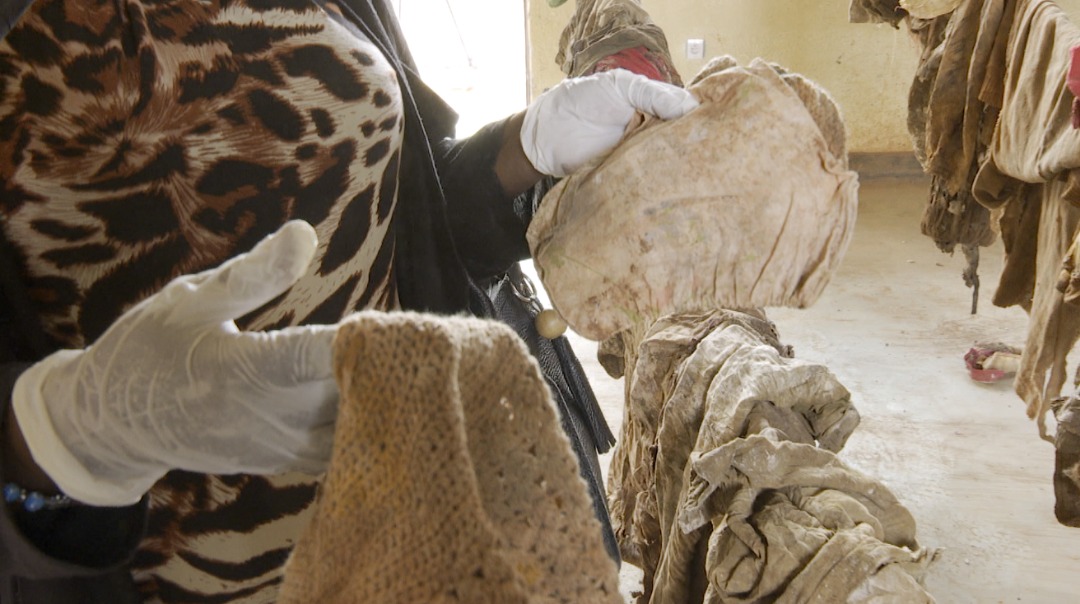 Kampogo Beltilde tells the story of her brother Rusengo Glegoire and his family. She recognised these clothes of their 3-week old baby who was murdered during the Genocide. Neighbors tell Rusengo’s story but none knew how his family was killed until Mid August this year.

During the 1994 Genocide against Tutsi, Kampogo Beltilde, a genocide survivor and resident of Kivugiza, Nyamirambo sector in Kigali was living in Gisenyi, current Rubavu district where her husband was working from.

She had seven siblings including Glegoire Rusengo  who was a medical practitioner in Kigali, working with the National Service of Blood Transfusion.

Kampogo and her family fled to Goma in the Democratic Republic of Congo(DRC) then Zaïre, after bribing Interahamwe with money so that they can allow them just to cross the border.

The intention was to join an aunt who had fled the 1959 violence that targeted the Tutsi in Rwanda.

Unfortunately, Interahamwe would, later on, flee to DRC, too, where they settled in big refugee camps after the Rwanda Patriotic Front (RPF) Inkotanyi halted the Genocide. 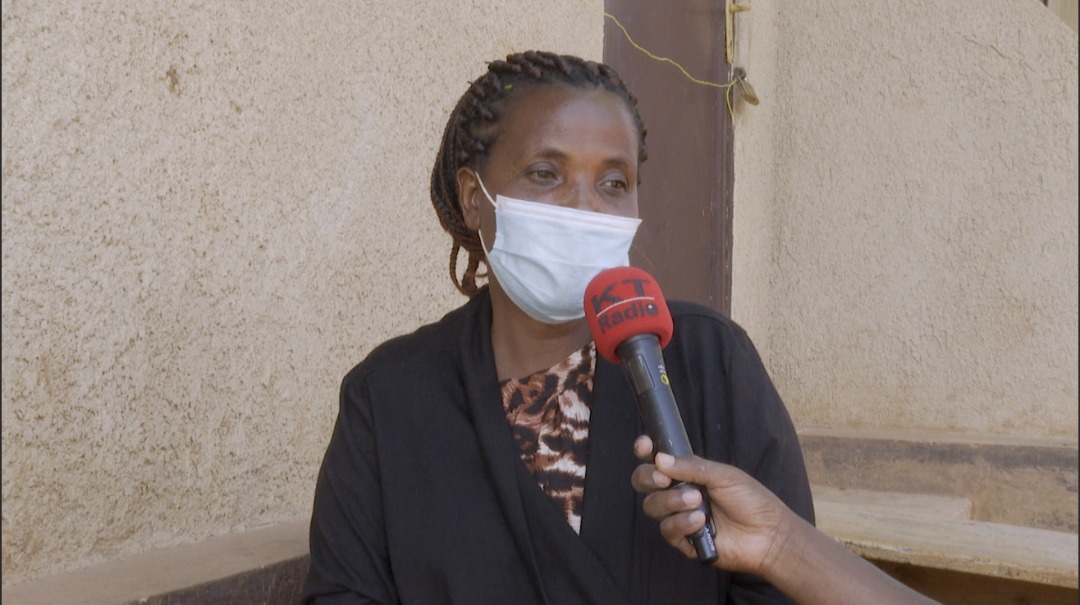 As for Kampogo and family, they settled among the Congolese community at the aunt’s. A friend who was a nurse in a refugee camp once found her and shared some news about Rusengo’s family.

“I saw the two children of your brother Rusengo in Katare refugee camp-I fear for their life,” said the friend who was a nurse in the camp.

“Meetings have been conducted in all Rwandan refugee camps in Goma where families were warned that they will be exterminated if they discover that they have given shelter to a Tutsi instead of offering him/her to be slaughtered.”

“Then how can I secure them?” asked Kampogo to the nurse.

The later helped Kampogo to get in touch with the camp humanitarians and indeed, she was reunited with the children aged 8 and 5 respectively.

But, how the children ended in the Goma camp, what happened to their parents and their two siblings is the most shocking story.

During the genocide against Tutsi, Rusengo’s wife was expecting the fourth child, a baby girl. 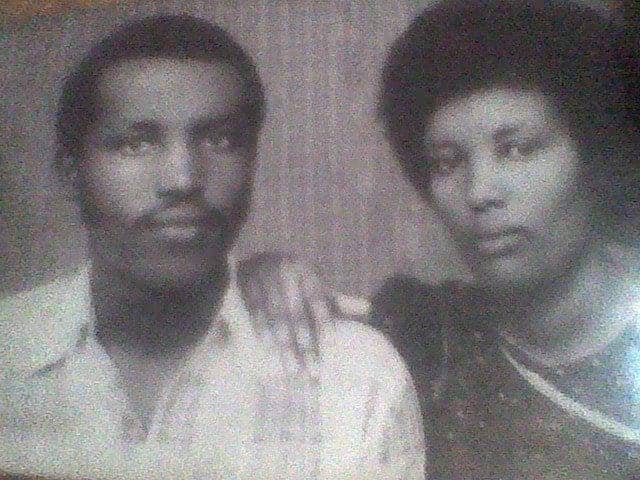 Interahamwe kept storming their home in Kivugiza cell, Nyamirambo sector, always threatening to kill them. Even the day the mother was about to deliver from home in Mid-may 1994, they were there.

According to Kampogo, the group included a woman, one Mwamini who advised “We cannot kill a woman in labor. She can curse us. Let just allow her to deliver and come back later.”

Mwamini is allegedly serving a jail sentence over Genocide crimes.

Thanks to God, Rusengo’s wife- Chantal Mukashema delivered well from the help of her husband, from home in very difficult conditions.

Kampogo told KT Press, that the family did not have an opportunity to go out to shop. Water taps were dry, too. 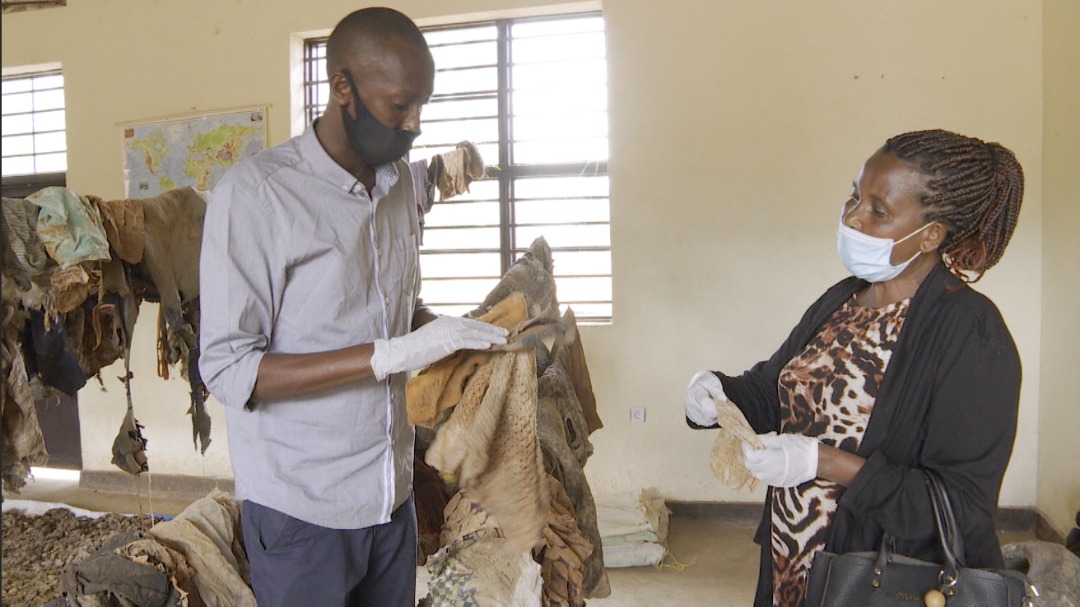 Eugene Cyamatare(Left) recognised the remains of his mother from Kivugiza mass graves. Beltilde got to know the remains of her nice three-week-old baby and her sister-in-law

After delivery, killing threats increased. The family took the three eldest daughters and sent them with Rusengo’s brother and sister to see whether they could get a breakthrough.

Their maid carried the youngest of them (barely two year and a half old) on the back.

Rusengo told them “take my children with you, maybe you will survive. Otherwise, see you in heaven!”

The children left Kigali with the three guardians and took the direction of the Southern Province. Rusengo stayed to take care of the mother and the newborn.

At the level of Muhanga (Gitarama then), things got tougher; Interahamwe recognized the Rusengo’s brother and killed him on spot.

His sister understood that she would be the next and took a decision that she will always be happy about.

“She saw a pick-up of his teacher from Byumba and threw in two children of Rusengo without asking. The car heading to Goma vanished,” recalls Kampogo.

The third child who was on the maid’s back would find herself in Ngororero district where the maid left her with an elderly good Samaritan before fleeing to DRC, too.

Back home, Rusengo kept trying to take care of the wife and baby born and continued to treat and to give emergency services to everyone who came to him, including the wounded Interahamwe, until the fateful day.

“We heard that Interahamwe continued asking him to treat them, treating their wounds and so on,” Kampogo said.

On June 3, the Interahamwe came mercilessly, thirsty for the blood and did not care about the service Rusengo was rendering to them and the community at large, neither were they ready to spare a mother who deserved messages of congratulations rather.

“Though they had no plan to leave someone to tell the story, the interahamwe had that much hatred against Rusengo’s wife. She was a tall beautiful woman, and they used to say that she was ‘too Tutsi’ and could not be spared,” Kampogo said.

Testimonies say that it was on June 3, when they came and took everyone in the house and walked them up the hill – Ku Rya Nyuma.

“It was in the afternoon. The mother carried her 3 weeks old baby who was wearing clothes she had crocheted, and Rusengo was with them,” Kampogo recalls from the eyewitnesses.

One of the people in this group that walked them to their killing spot was a man nicknamed Electrogaz.

At the level of Ku Rya Nyuma, none was able to tell the end of Rusengo, his lovely wife, and their baby. The fact that was however confirmed, was that they walked them tied up to each other.

In 1995, Kampogo was quick to repatriate from Congo, with Rusengo’s children, and found it imperative to know the whereabouts of the deceased family members. 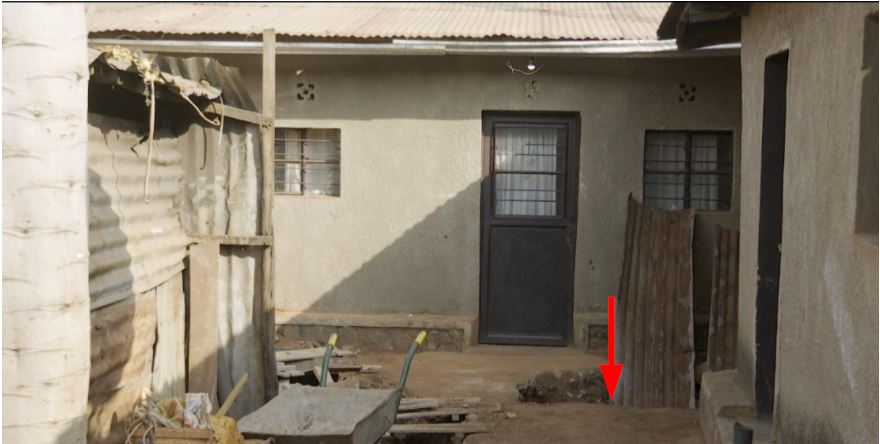 For this reason, she relocated from her Gisenyi house and settled in Kigali.

She first embarked on finding out what happened with Rusengo, the wife and the baby.

“Whenever there was a new mass grave discovered where the Tutsi bodies were thrown, I was there, trying to see whether I could see them, in vain,” said Kampogo who had some informants like Nyirabikarito (RIP).

During efforts to search for the bodies, Kampogo was directed to a one Francois Simbizi who was serving a jail sentence over Genocide crimes.

“I was told that there was a roadblock in front of his house and around 1996, I went to see him in jail to gather information. He was very sick, but he managed to tell me that he did not know anything about the end of that family,” Kampogo recalled.

“He promised to talk to other prisoners who could know the story but he never did.” 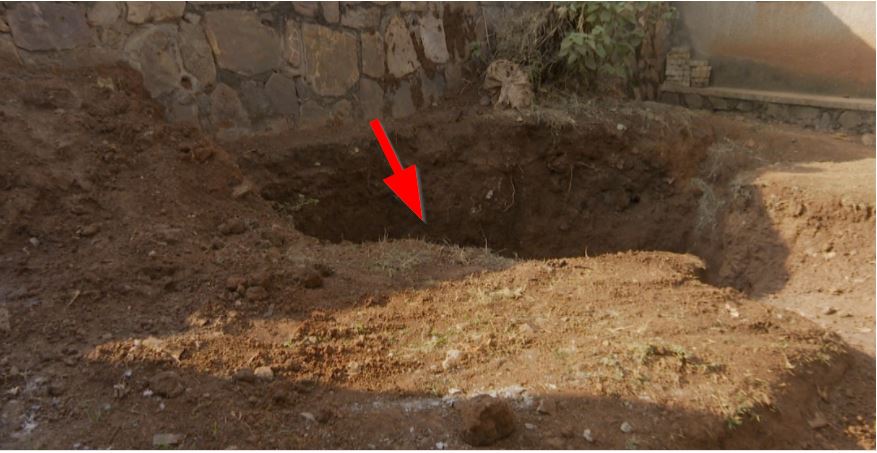 Simbizi would, later on, die in jail.

Kampogo and survivors in Rusengo’s family forgot about the story until mid-August 2020 when a conflict raised in the family of four of Simbizi which is settled opposite the new Nyarugenge District hospital, near Terminus bar.

“What we gathered, is that the mother and his four sons were in permanent conflict of earnings from their rented houses. They also had a disagreement on the decision to sell their compound,” said Eugene Cyamatare, another Genocide survivor whose mother was also killed in Kivugiza.

“One day of August, one of the sons was drunk and he told the mother: either you give me the money I want or I reveal it all,” said Cyamatare.

The neighbors happened to grab the message according to which the family was sleeping on mass graves of the Tutsi. 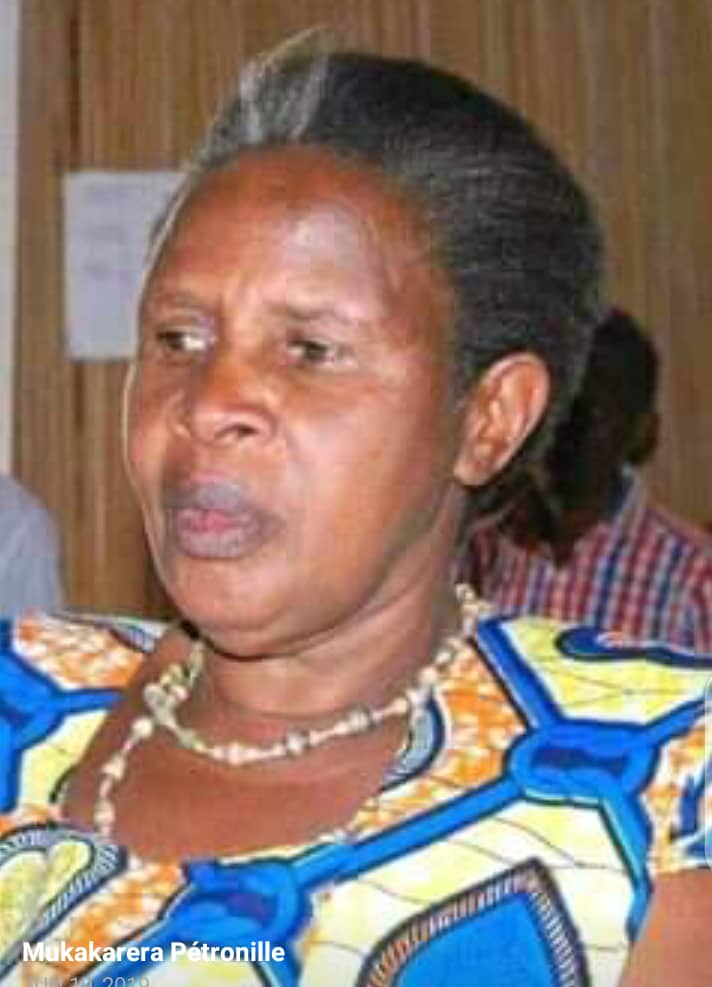 The search started, and suddenly, the mother in the house, her name Petronille Mukakarera tried to mislead in vain.

They got the first mass grave and suddenly, the remains of ten Genocide victims were found. The search continued and in the compound, a mass grave of nearly 100 bodies was discovered.

“From the information I had earlier on about the family of Rusengo, I managed to get the clothes of the baby who was wearing the clothes that were crocheted the mother. I also recognized the multi-colored top her mother was wearing, but I could not see any trace about Rusengo,” Kampogo said. 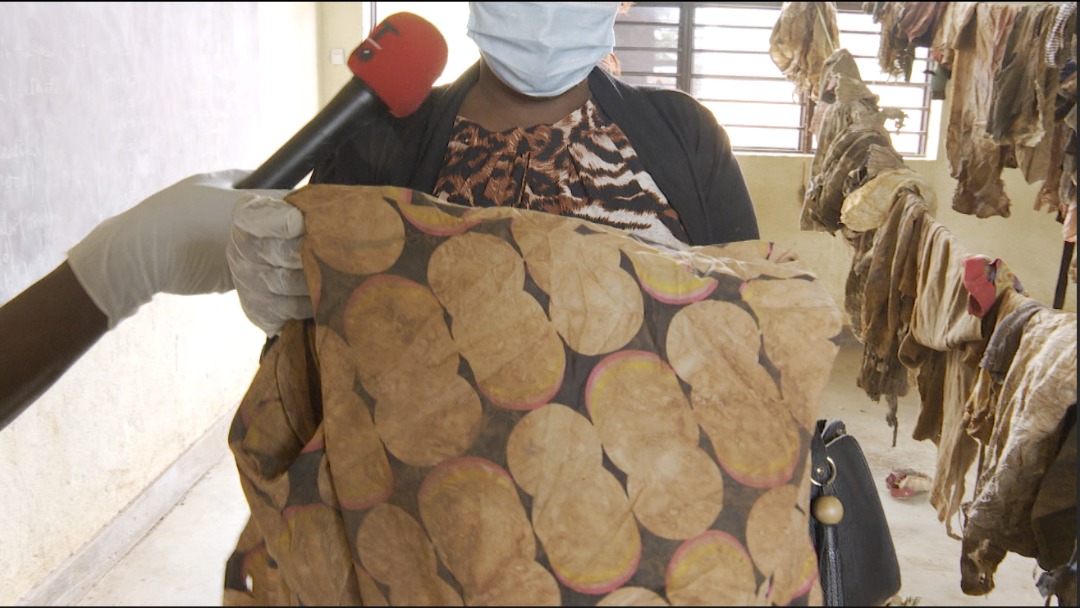 “He was wearing beautiful Safari shoes, which means, they took them before killing him. He was also wearing a Red Cross shirt, but no signs were seen in the Mass Grave. We only saw the ”

Simbizi who had a roadblock in front of his house would have worked with other Interahamwe to dig the wholes earlier before the Genocide.

To make sure that there is no trace left behind, they dumped the remains in the mass graves and accompanied them with petrol, batteries and burnt them.

The search of the bodies at Simbizi’s goes on since there are two more mass graves in the same compound that are yet to be searched. 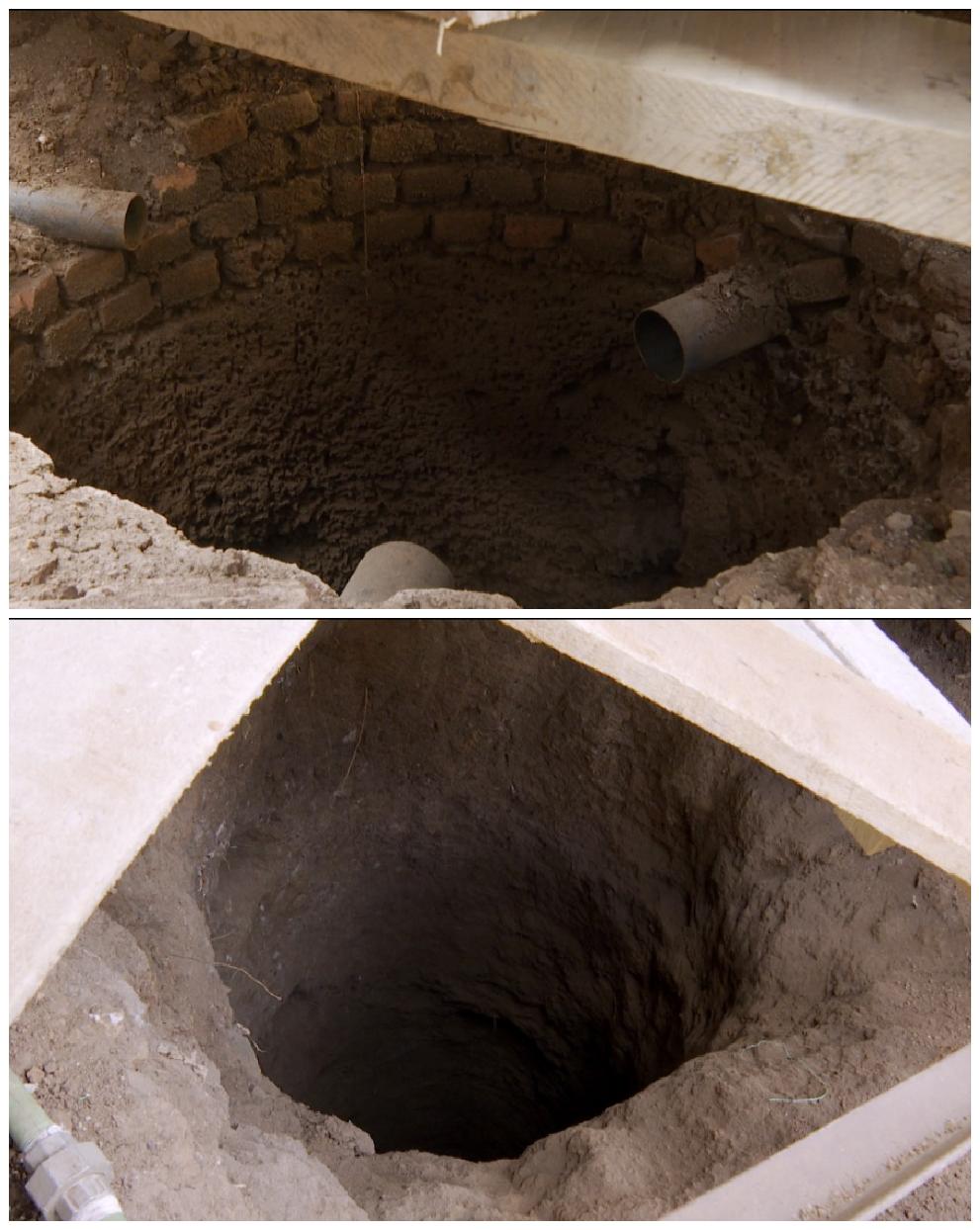 Simbizi’s family is being investigated on the matter while preparation to bury in dignity the bodies that were found are going on.

Meanwhile, Rusengo’s children returned to school and finished university. They are building the country.

The person who helped them cross to DRC has also repatriated and he lives in his home town of Gicumbi while Rusengo’s sister who helped them go on board of the car also survived the Genocide and lives in Kigali.

The child who was with the maid has also reunited with her two elder sisters. She is now a mother of one.

Kampogo continued to play the role of a mother of Rusengo’s children who survived. They are looking forward to bury in dignity the two bodies that were found in the mass grave.

They still hope to one day see Rusengo’s body as well.

Kabuga In Court Over Transfer to Arusha