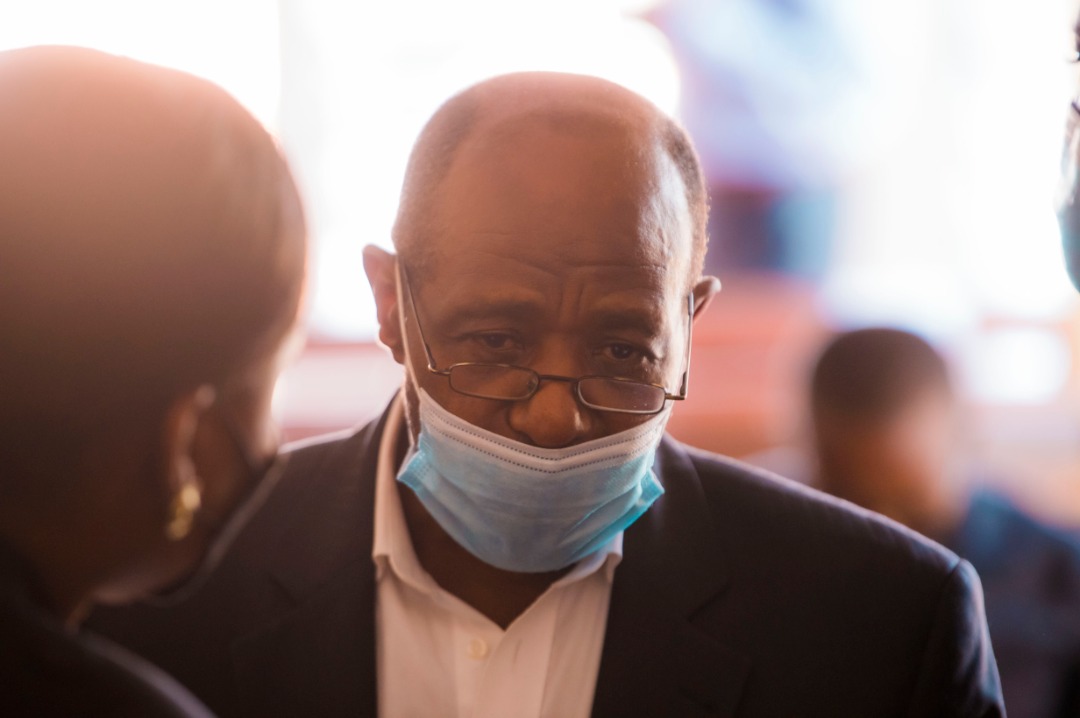 Shrieks from newspaper headlines subside, the dust settles. From his prison cell, Paul Rusesabagina himself, might now see clearly that his Hubris, enabled by his Western praise singers, is more responsible for his present predicament, than his homeland government’s pursuit of justice for his alleged victims.

Rusesabagina was it must be said, on a pretty good run, playing “a humanitarian hero” as ordained by Hollywood.

There were many acts of heroism during 1994 genocide against Tutsi, many are known and have been recognised by awards of national honours, some are yet to be known, some may never be, leaving virtue to be its own reward.

As might be expected, the voices of survivors have been the all-important stamp of authenticity for reports of heroism during a genocide that intended to leave none alive to tell the tale.

None of these acts of heroism have received the global publicity in which, until recently, Paul Rusesabagina basked. His claim to heroism is also different in other ways: it has the dubious distinction of being questioned by the very people he and his supporters claim he saved.

Until recently, however, none of that seemed to matter.

Rusesabagina’s heroism was conceived in a Hollywood film maker’s mind. Film stars were brought together, and a film, Hotel Rwanda, was born. The glamour of the Oscar nomination followed, and Paul Rusesabagina found himself a hero.

Where Hollywood points, the media follows, and so it did. Non-governmental organisations (NGOs) espousing promotion of Human Rights could not resist the star-sprinkled glow, and readily joined Rusesabagina’s cheerleading squad.

It was heady stuff. In all the gloom and doom ridden talk of the horrors of the 1994 genocide against Tutsi, an uplifting story was teased out, “Africa’s Schindler” identified. Even the numbers “saved” tallied. It was neat, perfectly packaged.

A “humanitarian hero had been fashioned out of celluloid. To borrow from the bible, and they looked over all that they had made, and saw that it was good. So good that it had to be protected from being tainted by any facts, intruding onto it.

In any case, the survivors, the UN, Rwanda itself, was just a backdrop. The important thing was the story.

Anointed by the intoxicating combination of Hollywood, the media, NGOs, the hero was duly showered with awards. He rubbed shoulders with stars, was garlanded by the President of the self proclaimed greatest nation on earth, winning the Presidential medal of honour, among many accolades.

At this juncture it is worth comparing and contrasting the raising of Rusesabagina, with the process in Rwanda for identifying anyone to be honoured for their stand against the mass murderers in 1994.

Typically, an individual or group sends a candidate to the Chancellery for Heroes, National Orders and Decorations (CHENO). This body then begins an exhaustive investigation into the individual and his or her actions, including interviews with survivors.

But, with the greatest of respect to CHENO, what need of them, when you have Hollywood, the consensus of the world’s media, and any NGO that counts.

Consider, just try and put yourself in the mind of Rusesabagina, as all this was happening. How was he getting away with this, he must have wondered?

As we reported in the immediate aftermath of his arrest, neither he, nor anyone who knew him, including the genocide survivors themselves, recognised the person depicted in the film Hotel Rwanda. (hyperlink)

Did he perhaps occasionally wake up in a cold sweat, filled with anxiety that he may be found out? Did he begin to believe his own myth, like any good actor, inhabiting the character that had been created for him? Or was he so confident in the ability of his benefactors to keep him safe within the borders of dreamland, that any truth leaking out from his native Rwanda, would be deflected away by the halo placed on his head by these same benefactors?

As time wore on, he must have realised that yes, he was getting away with it. But what he may not have realised was that this moment of realisation was for him, to quote Dickens, the best of times and the worst of times for him.

It must have been a liberating moment. The truth of what he did, what he was, would not matter. He was now the “Humanitarian hero of Hotel Rwanda” and truth be damned.

But it was also the moment he was filled with Hubris, and the beginning of what would be his downfall.

He published an autobiography, charmingly, leadingly, teasingly, titled “An Ordinary Man” encouraging us to imagine this ordinary man, rising to extraordinary circumstances.

He travelled the world. No panel on Rwanda was complete without his presence. Money rolled in, and he established a foundation. ‘The Hotel Rwanda Rusesabagina Foundation’ what else. Life was good. But why not aim higher?

Many sympathisers of the genocidal establishment, now in self imposed exile with him were watching. Here was the perfect flag bearer for their cause.

Well, why not, he must have thought, anything is possible, he could be the instrument to the toppling of the government in Rwanda. He could put his ideological bedfellows back to top, and history could be rewritten to erase that troublesome matter of genocide. Had he not already done so in his own story?

And was not the campaign to deny it ever happened, or to blame it on the Rwanda Patriotic Front (RPF) who actually stopped it, gaining traction here and there? Look what had happened to him, already, who would have imagined that, why not everything else?

And so, he formed a political party, The Party for Democracy in Rwanda (PDR-Ihumure). The party soon merged with an armed group of like minded people, National Council for Renewal and Democracy (CNRD-Ubwiyunge), to form The Rwanda Movement for Democratic Change (MRCD).

The new party was joined by yet another armed group, Callixte Nsabimana’s Rwandese Revolutionary Movement. The publicity seeking Nsabimana, who preferred to call himself Sankara, became a spokesperson for the MRCD’s armed wing, the National Liberation Forces, or FLN.

Nsabimana went on social media to inform anyone who would listen that he occupied parts of Rwanda bordering Burundi, and the Democratic Republic of Congo (DRC). Rwandan intelligence clearly kept a close eye on him, but the Rwanda government largely ignored his antics.

As though piqued by the fact that the inhabitants of these areas had never heard of him, or his group, in 2018, the FLN launched armed attacks in the West, and Southern regions of the country.

For the attackers, the motivation seemed to be more looting of property, including food stuffs, and gratuitous, murderous cruelty, than any ideology. They set upon unarmed ordinary people, asleep in their homes in the dead of night, attacked passengers on a bus, looking, killing, and burning what they could not carry away with them.

The brutal attacks seemed desperate, almost suicidal. The attackers must have known what the outcome would be as soon as they were engaged by the Rwanda security forces.

When they were, most of them were either captured or killed by the Rwanda military. But not before they had murdered at least ten, and left around the same number seriously injured.

Those who were captured, were put on trial, soon to be joined by Nsabimana himself. He was captured in cooperation with the government of the Comoros Islands. It seemed he intended to be far away from the reach of the consequences of his crime. He was not far enough.

Rusesabagina had been quick to applaud the attacks, and to congratulate the attackers.

When you make a choice, you also choose the consequence, goes the adage, and as poet and novelist Robert Louis Stephenson wryly observed, “sooner or later everyone sits down to a banquet of consequences.”

Rusesabagina’s supporters now claim that his arrest and trial by Rwanda is because he was a “critic of the Rwanda government.”

But for as long as all he did was parade and preen himself before the applause of his backers in the West, the Rwandan government seemed content to do nothing more than shake its head in disappointment and some disbelief.

That forbearance all ended the moment by his own admission, Rusesabagina was involved in, and called for deadly attacks against Rwanda.

To put it mildly, as far as the Rwandan government was concerned, Paul Rusesabagina became a person of particular interest. No longer just an absurd character, playing the role of “humanitarian hero” but a clear and present danger to Rwanda.

Had he been content to just enjoy the fruits of the lie that he was any kind of honorable man, let alone a “humanitarian hero”, he may well still be disporting himself on riches extorted from the desperate survivors of genocide, as well as those showered upon him by the gullible.

But his pride had the better of him. He had had a taste of what it could be to be eulogised and wanted more.

As he sits down to a banquet of consequences with Nsabimana and the others he himself enabled, he may curse the gods of fate, but perhaps on reflection, he might accept that his own hubris, and those who fed it, are the reasons he now wears Rwanda prison pink, instead of the suit and tie to which he had become accustomed.