Rwanda could be among the first African countries to receive New Coronavirus vaccines when they officially begin to roll out. This was revealed by the Minister of Health Dr. Daniel Ngamije, during a talk show to issue updates on the COVID-19 pandemic in the country.

During the synchronised show on Sunday, featuring the Ministers of Local Government and Trade and the Rwanda National Police Spokesperson, Dr Ngamije said that Rwanda will be among the first African countries to receive the vaccine, with the first batch expected to cover 20 percent of the population.

Dr Ngamije said Rwanda has submitted all the necessary documents to the COVAX international vaccine initiative, a United Nations global alliance to distribute vaccines, following the World Health Organisation (WHO) approval of vaccines manufactured by Moderna and AstraZeneca as well as the Pfizer BioNTech vaccine.

“Rwanda is among the 96 countries which will receive the vaccines from the global body. We have registered, we have already applied for the vaccine and the number of vaccines we need,”

“As the vaccines begin to go on the market, the COVAX initiative is talking to the different manufacturers to find out the number of vaccines that can be availed as they put them together ready for distribution,” Dr Ngamije said.

“We will start with 20 percent of Rwandans who will get vaccinated in the first phase through the United Nations initiative, but it does not preclude talks with other countries and partners who might have more vaccines to avail to us as more vaccines continue to be manufactured,” he added.

The Minister of Health said that he has no doubt Rwanda will be among the first countries to get the vaccine because it has what it takes and has fulfilled all requirements.

Dr Ngamije said that the Government of Rwanda is working around the clock to find other sources of the vaccine, to at least ensure that 60 percent of the population is vaccinated.

He said that the targeted groups to benefit from the vaccine include people who are more vulnerable to being exposed to the COVID-19 virus, including people in congested places, frontline workers, prisons and people with chronic or underlying conditions who could easily be exposed to the virus.

The UN’s COVAX initiative was established to ensure that developing nations also get a fair share of the vaccines which are being bought in bulk by developed countries which have the resources to do so. 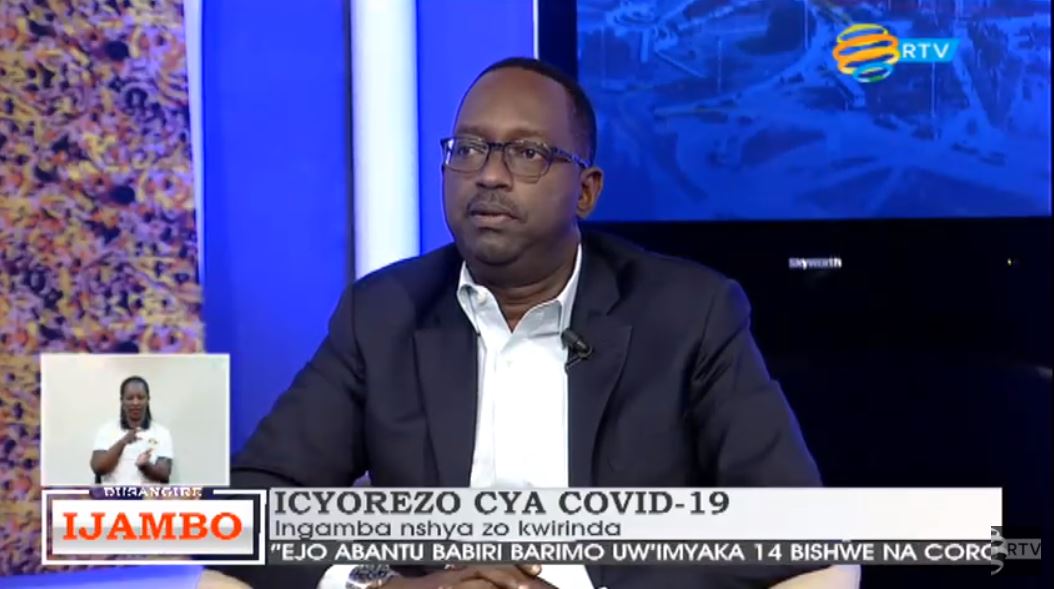 So far, several vaccines manufactured by AstraZeneca, Pfizer-BioNTech, CureVac, Johnson & Johnson, Moderna and Sanofi-GlaxoSmithKline have been lined up for distribution but it is feared that developing countries might miss out as rich countries hoard them.

Dr Ngamije said that the vaccines have specific requirements, such as cold rooms at the national, provincial and district levels as well as an effective distribution system to ensure that they are not lost, since they are very sensitive and countries which will be more ready than others could receive it early.

He added that health staff have already been trained on handling and administering the vaccine, which will be available in health centres and hospitals. The first batch is expected to be rolled out at least by March 2021.

While developing countries have to wait a little longer, some countries like the U.S and the UK have already started administering the vaccine.

“By the time the vaccine is released for distribution, it has been proved to be safe and secure. We should not pay attention to the rumours and falsehoods around the vaccines,” Dr Ngamije said.

The UK deployed the first doses of the vaccine developed by BioNTech-Pfizer on December 8, after the country secured 40 million doses of the vaccine as it awaits more doses from AstraZeneca, a Swedish-British pharmaceutical company that conducted widespread testing within the UK.

In terms of effect, Dr Ngamije dispelled fears that the vaccine could have a negative impact on human life, the initial research shows that the vaccines are safe for humans and have proved to be effective in boosting the immunity of those who receive it against the virus.