Ethiopia’s Tigray Conflict, Prelude To Regional Strife Or Storm Before The Calm? 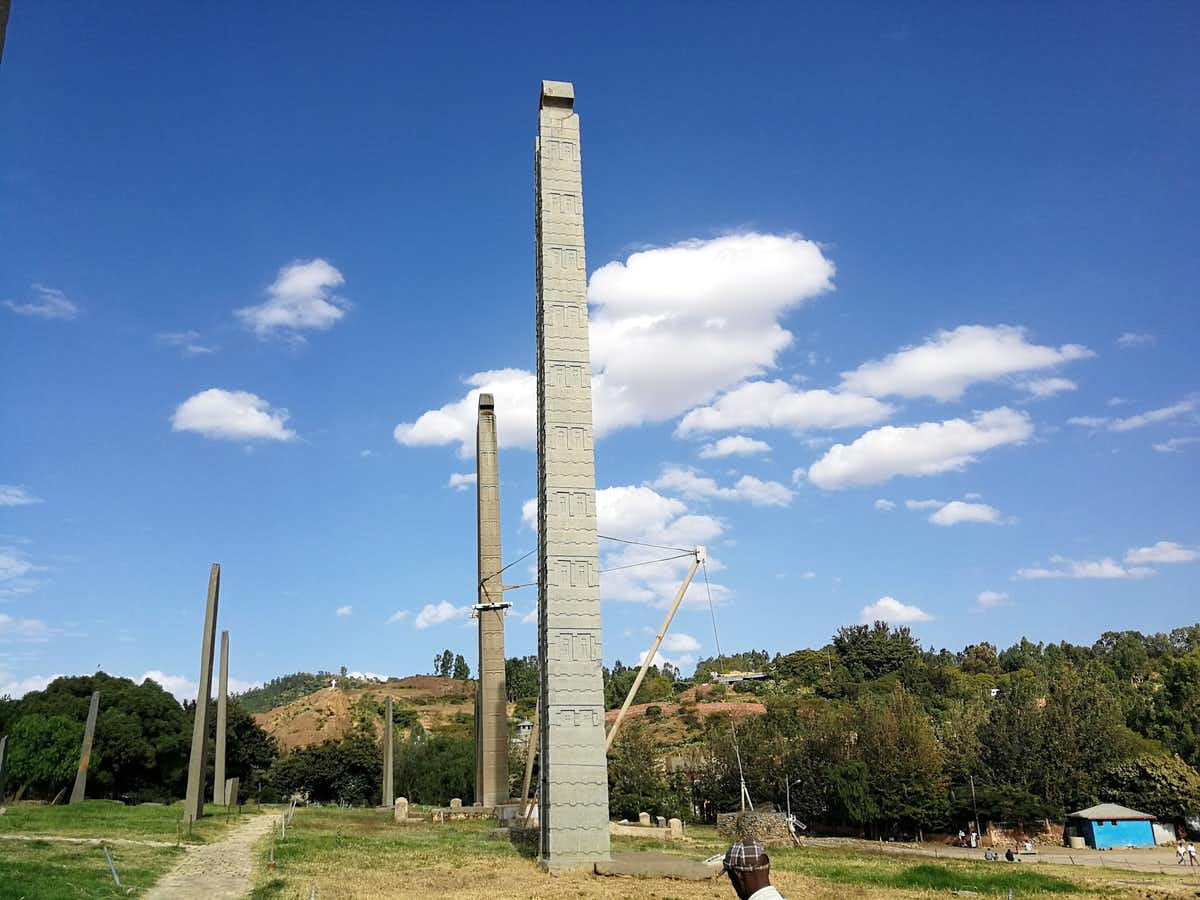 Few, if any reports or commentaries on the conflict in the Tigray region of Ethiopia, have been without Apocalyptic forecasts about the country’s survival as a state, or the peace and stability of the entire region. But might the armed response against the once all powerful Tigray People’s Liberation Front or TPLF, be the lancing of the boil both Ethiopia and the region needed? KTPress sat down with Ethiopia’s Ambassador to Rwanda, Lulit Zewdie Gebremariam for a perspective from Prime minister Abiy Ahmed’s government.

The war against the TPLF, or as the Ethiopian government prefers to call it, the ‘’law enforcement exercise” need not have been inevitable, but it was perhaps predictable.

The TPLF had effectively ruled Ethiopia for twenty-seven years, until two years ago, when a young, new broom with a reforming zeal, threatened transformative change that would certainly sweep away the status quo, and with it, the TPLF’s long held advantage. Something had to give.

Either the TPLF would accept that it had had a good run, and it was now time to embrace equality with others, which as we now know was unlikely, or some sort of power struggle would ensue.

With eighty ethnic groups all told, Ethiopia is a virtual microcosm of Africa. Yet over its history, one or other of these groups was pre-eminent. For the last twenty-seven years, it has been the Tigrayans in the form of the TPLF.

The TPLF ruthlessly plotted their path to prominence. They saw off other rebel groups in their region, to become the leading force in the fight against the dictatorship of Mengistu Haile Mariam, or the DERG, as his so called Committee or Council was commonly known.

The TPLF joined forces with other ethnic groups, to form the Ethiopian People’s Revolutionary Democratic Front (EPRDF), which would go on to govern the new Ethiopia, following defeat of the DERG.

Within the EPRDF however, the hands on the levers of power, belonged to the TPLF. For better or worse, this remained the status quo, until two years ago, when a fourty two-year-old former intelligence officer, Dr Abiy Ahmed, was chosen by the EPRDF as the party’s chairman, automatically making him the country’s next Prime minister.

The new leader hit the ground like a whirlwind. In a few months he ended a twenty year angry stand off with closest neighbour Eritrea, signing a peace process, and introducing other reforms that would also earn him the Nobel Prize for peace.

He threw open the detention cells for political prisoners, removed media restrictions, and significantly calmed the uprising among the country’s largest ethnic group, the Oromo.

None of this sat well with the TPLF leadership. According to Prime minister Ahmed, they had tried to sabotage these policies every step of the way, for the last two years. In what the government refers to as “illegal acts” the TPLF allegedly armed and financed groups to go on a campaign of violence across the country, which included planting explosives in various cities and towns, including the capital Addis Ababa. The only part of the country not touched by this violence was the TPLF’s own region of Tigray.

When Prime minister Ahmed moved to replace the governing EPRDF party with the new Prosperity Party (PP), it meant that for the first, since Ethiopia was freed from the Mengistu dictatorship, the TPLF, would be equal to the other parties, under the umbrella of what was the EPRDF, now the PP.

What had been covert TPLF opposition, came into the open, clear for all to see. The TPLF begun to move their power base to Tigray. The party’s members of parliament, officials, even security personnel, were recalled to Tigray. It seemed a declaration of Independence in all but name.

In its turn, the government warned them that the elections were an illegal act. The TPLF responded by allegedly attacking one of the country’s biggest army bases stationed in Tigray, and making off with arms and equipment.

But they seem to have underestimated their young Prime minister’s resolve. He gave them an ultimatum to surrender, and when they called what they thought was his bluff, he sent in federal troops to quell the insurrection, or as his government referred to it, enforce the law.

It is yet to be accurately determined how many people lost their lives during the three week conflict, but it is certainly in the hundreds. Hundreds of thousands more, estimated to be around 35,000, fled to neighbouring Sudan, or were  internally displaced. A region where most ordinary people were already in need of basic infrastructure, like clean drinking water, was left devasted.

Much of the road network will need to be rebuilt, including the symbolic Aksum airport. The airport had been extended at great cost, to receive large aircraft which returned the Aksum obelisk. The monument had been looted by Italian forces, in 1937, reportedly on the orders of Benito Mussolini. 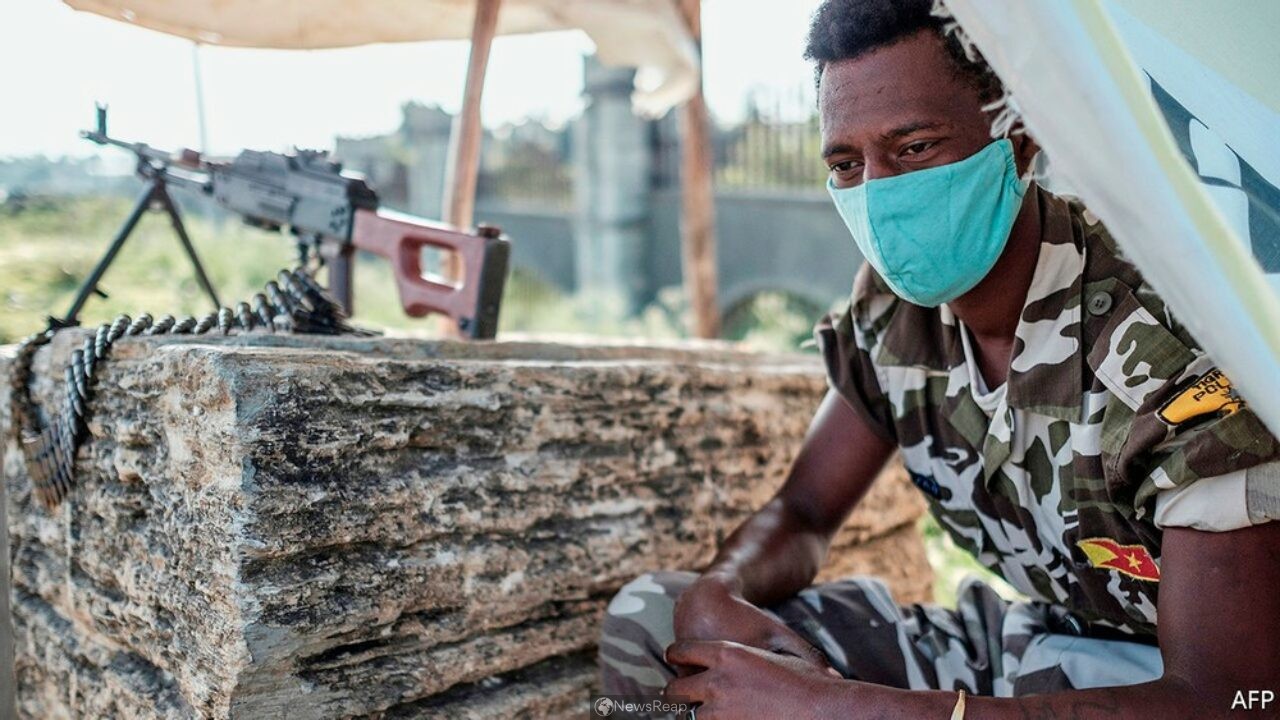 The TPLF’s demands remain unclear. They accused Prime minister Abiy Ahmed of seeking to do away with Ethiopia’s federal constitution and replace it with a unitary state. The federal government dismisses the claim as little more than a pretext for the TPLF to keep control of the country’s institutions.

Rather than threatening the federal constitution, the government argues that Abiy Ahmed’s reforms are to strengthen it.

“Of course, the government wants national unity” Ambassador Zewdie Gebremariam says, but maintaining the federal system, and making it work as it was always intended.”

She says lack of implementation of the provisions of the constitution had left the regions weakened.

“We are about eighty ethnic groups, different languages, cultures, religions. People have to co-exist. The federal system allows autonomy for all the groups, but it didn’t work well. This was one of the reasons we needed reforms. The regions are supposed to be self governing, but there was constant intervention from the federal state, because the institutions in the regions were not strong enough. People’s needs were not being met. This is what the reforms are intended to fix.”

The Ambassador echoes the Prime minister’s revelation that the TPLF had been “acting illegally” for the last two years. This is something of an understatement, if the alleged actions of the TPLF are borne out.

As well as alleged terrorist attacks in various parts of the country, the “illegal acts” also involved trying to set off one ethnic group against another, by arming attackers ostensibly from different ethnic groups, against others.

The battle for Tigray, declared won when government forces captured the region’s capital of Mekelle, was in many ways a battle for all of Ethiopia. The TPLF had not just Tigray in its grip, but the whole country.

Ambassador of Ethiopia to Rwanda

The government has moved quickly to appoint an interim administrative authority for Tigray, and is now responding to the humanitarian needs, which are grave. The TPLF leaders took to the mountains, where they are holding a number of prisoners, among them, military personnel.

According to the Ambassador, the government knows precisely where they are, but in an effort to prevent further loss of life, would prefer them to surrender, which so far, they continue to resist.

“The government is calling on them to surrender, instead of going after them in their hideouts, to avoid loss of life, and destruction of civilian infrastructure, which has been extensive. As they fled, they destroyed infrastructure.”

Nor does she think that the much talked about spectre of an insurgency is likely to materialise. She acknowledges the TPLF’s military prowess, but suggests that age, and lack of public support are likely to foil their attempt at insurgency.

“We cannot say for certain what they might do, but they are too old to launch a long drawn out insurgency in the mountains. And they have no public support. They no longer control the people who are now free to live their normal lives.”

And she adds that the TPLF leadership does not in fact speak for the whole party. It is why the government resisted calls to declare the TPLF a terrorist organisation, which would have criminalised those who disagreed with the actions of their leadership.

The consistently repeated doom-laden forecast is that an already unstable Horn of Africa region might be drawn into a conflict began in Ethiopia.

A different perspective, might be that with the problem of an overmighty TPLF addressed, Ethiopia might now have a chance of greater stability, if as proposed, Abiy Ahmed’s reforms allow all the regions to play an equal role in the nation’s affairs.

Digital Inclusion: What Does Equal Access to Education Mean In the Digital Age?