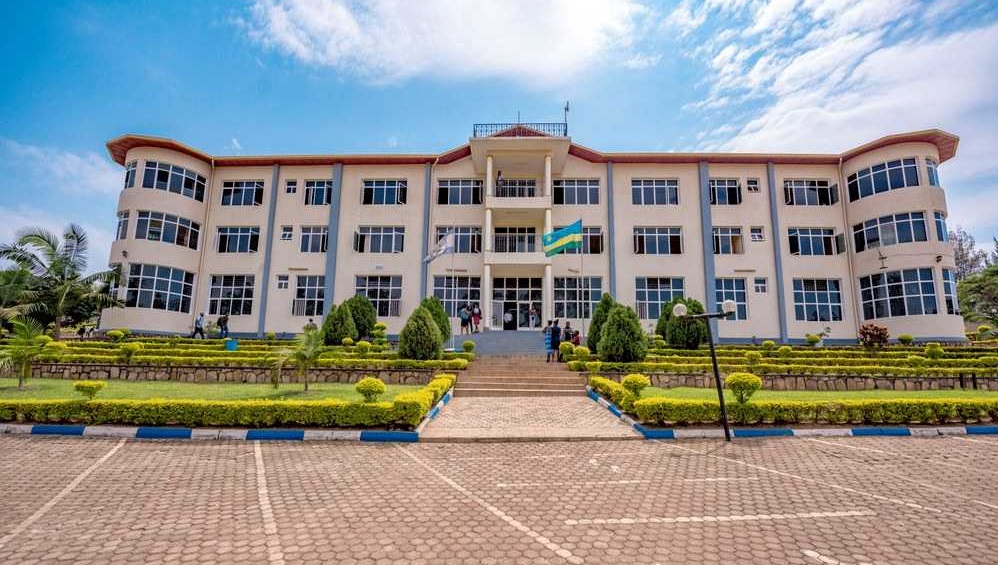 As schools were reopening in Kigali, February 23, the University Of Lay Adventists Of Kigali (UNILAK) convened a meeting where staff gathered at their respective campuses of Nyanza, Rwamagana, and Kigali, the mother campus.

The meeting started around lunchtime convened by one Turyahebwa Robert, the representative of Staff Syndicate at the university “upon request by members of Unilak Savings Solidarity Tontine (USST) who needed a number of issues addressed.”

It was some 2 hours of quarrel and exchange of bitter words especially at Kigali Campus where it was hosted from and reaching the two other campuses virtually.

Very emotional, several staff shared their experience with USST which was created in April 2005.

“For sure, the more we made our savings, the more some people started profiting from our savings, and it became hard for them to give up,” said one member.

In his view, the saving scheme created two blocks; members who had some favors and wanted to benefit from their colleagues’ money and members who wanted change.”

As more participants argued about the legitimacy of the meeting and the host himself, it became very clear that the main item on agenda was to decide the fate of the USST committee.

Turyahebwa led the meeting to resolutions where members decided a note of no confidence against the committee that was elected on December 18, 2020. 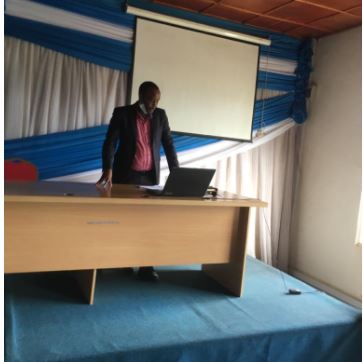 Turyahebwa Robert during the meeting

It was against the wish of some members who had argued that “as Christians, you should find a way of solving problems instead of setting up a scenario where some would go back home unhappy.”

While this meeting was a two-hour event, for nearly 15 years  UNILAK staff have been divided in regard to the management of their saving scheme, which is also shaping their relationship and work environment.

But how did it start? In 2005, the Staff of Lay Adventist University of Kigali (INILAK) came together to discuss a situation that had been affecting them socially.

Every other day, there was an event to contribute to- wedding, the funeral of a colleague or close relatives, expensive medication fee of a colleague, to mention quite a few. An idea was born, that of coming together to start a social contribution scheme where members would pick from, instead of having a pledge list every now and then.

Concurrently, they started a saving scheme-UNILAK Savings Solidarity Tontine (USST) where one would contribute money every month and be allowed to borrow and solve a family problem, start a development path, among others.

They decided on minimum contribution for USST depending on salary ranges.

The university loved the idea and was very supportive to an extent that it accepted to deduct ‘member contributions from salary, and a possibility to withhold one’s salary if they fail to reimburse an acquired loan.

It is alleged that the university also put in place a committee to manage social contributions.

One year, two years, three, four, five years, no report, no change of the committee on one hand.

Members would apply for a loan to get it only after six months, according to members who spoke to KT Press.

On another hand, reports a USST member, some members lost relatives or fell sick, got a new baby, but waited for the social scheme to give an envelope, in vain.

After sometimes, members started asking for information but every person who wanted to eagerly show interest in knowing what was going on was fought, according to another member.

“A climate of fear took us hostage and we had no option if not to chill; the leader of our saving scheme was a cousin of the Vice-Chancellor. He served ten good years until December last year,” claimed a member on condition of anonymity.

The event that triggered change at UNILAK’s staff saving and is shaping new relationship between staff and the university, is COVID-19 outbreak.

In a letter dated May 1, 2020, UNILAK annouced temporaly suspension of all employees effective May 4, 2020 “until the government decides to reopen academic institutions.”

The meeting; some USST members said it was not legitimate, others approved its legitimacy

This was in reference to the cabinet decision of April 30, 2020 of closing schools until September 2020.

With this suspension, USST members had no option; they came in numbers to seek loan, but there was no money.

“Some colleagues would come and borrow as little as Rwf 500 from me. I was proud to help whenever possible, but any of them was complaining that they are broke during lockdown while they had made good savings at USST,” claimed another member during the February 23 meeting.

News has it that several members were told that there was no money, because the “university had not deposited   members’ contribution to USST account.”

In this situation, members evoked a case of October 2019 when the saving scheme requested the university to pay back the withheld members’ savings until end of 2019 or else, pay the money with 18% interest rate.

Members had no alternative; they waited until December 2020 when the University renewed their contracts. They started to vehemently push for change.

Quite a lot happened at UNILAK between December 12, 2020 to date in regard to their saving scheme which has 191 members.

On that date of December, the saving Scheme general assembly was informed that the scheme had given out Rwf 83.9 Million loan against Rwf 96.8 million worth of member savings.

They were also informed that the scheme’s accounts in Umwarimu Sacco and Goshen Finance had a total Rwf 20.6 million cash.

The social saving committee also informed members that they had recently received Rwf 800,000, adding that the university rarely paid contributions that are deducted from salaries.

The question was “where does the money that is deducted from our salaries go?”

The General assembly scheduled elections for December 18, 2020 and three people; a president, his deputy and a treasurer were elected after several contestations.

Hostilities: Who is Fooling Who?

The new USST committee has given itself a brand of “change” but, it is not clear whether it will manage following a series of events that unfold very quickly and a thinking that “the university has interest in sabotaging the new leadership and USST at large.”

Upon election, the new committee started seeking to understand what was going on in the scheme.

According to one committee member, upon their “difficult election” they realised that the money that was said to be on account was Rwf 3.8 million instead of Rwf 20.6 million.

They also found that senior officials including the vice-chancellor withdrew their savings just after the election of the new committee, and so did outgoing committee members.

“Their intention is to destroy the saving scheme,” said one committee member. 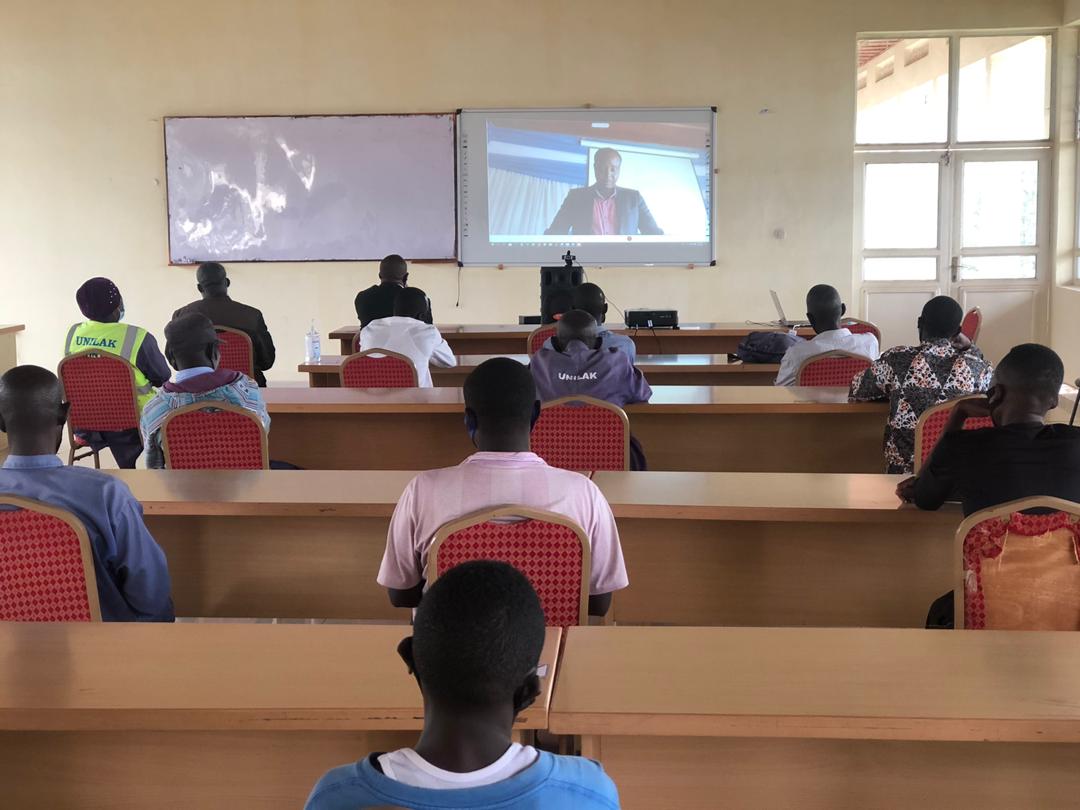 To substantiate this argument this member indicates that the university took back an office it had given them and refused to handover to the committee some files that were in that office.

Indeed, the university seems to have turned the back to the saving scheme whereby in a letter dated January 15, the deputy vice-chancellor for Administration and Finance Richard Niyonkuru wrote to the committee that the University had decided to stop the exercise of recovering loans for the saving scheme.

However, the committee kept their pressure on the university and responded, on February 14, that the university should first recover loans that were given out under existing collaboration.

The committee further requested to the university on the same date, to provide a report on Social contribution.

Still on February 14, the committee requested the university to consider paying the 18% interests that they were charged for failure to deposit Rwf 54.6 million on the saving account before end of 2019. The interest fee to pay amounts to Rwf 9.8 million.

We don’t owe them anything – UNILAK Vice Chancellor

In front of numerous allegations, UNILAK vice-chancellor summarizes his answer into one simple line while saying, that the university does not owe USST anything.

“We don’t owe them anything! We have given them their money up to the last coin,” UNILAK’s vice-chancellor Ngamije Jean told our Kinyarwanda journalist.

“For social savings, they have elected their committee. They manage their schemes, and for us, we are not involved in any case. But, if they think there is still some money we owe them, they can come to us and we check it.”

For vice-chancellor Ngamije, there is “a few people who are shouting out there…people who have their agenda.”

“As we speak, the university does not owe them any coin.”

Members who spoke to KT Press said that they are concerned that their money-be it in USST and Social saving could have been swindled. They are pushing for an external, independent auditor to come and look into the matter.

KT Press has learnt that the  USST committee has officially made known the problem among senior government institutions.