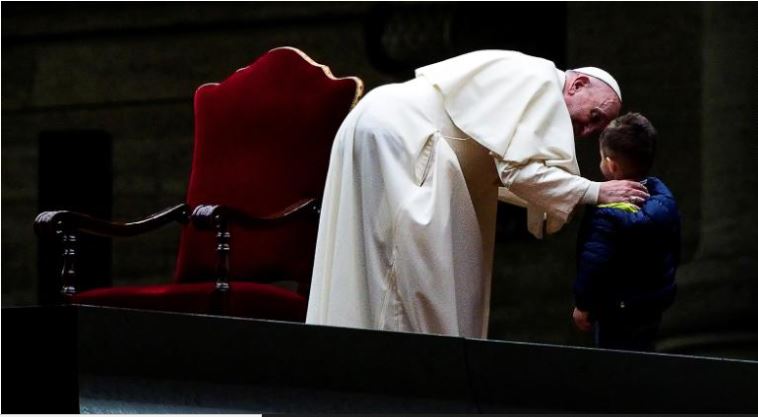 The world has today celebrated Easter Sunday, the resurrection of Jesus Christ after crucifixion at Calvary by the Romans on Holy Friday nearly two millenniums ago.

More than 1.3 billion Christians from the catholic church are joined by millions of protestants and other Christian churches in their respective denominations to celebrate the day also referred to as Passover.

For the second time, Pope Francis was surrounded by some 200 Christians at St Peter Basilica of Vatican during the Easter Sunday mass.

The Holy Father was straight to call for solidarity in ensuring proper fight of the pandemic which has sabotaged everything, including the church fellowship for more than one year; COVID-19.

“I urge the entire international community, in a spirit of global responsibility, to commit to overcoming delays in the distribution of vaccines and to facilitate their distribution, especially in the poorest countries,” Francis said Sunday adding that COVID-19 vaccines are “an essential tool” in the fight against the pandemic.

The pandemic has killed more than 2.8 million people worldwide, including 111,030 in Italy, the country whose capital city – Rome, the home of the Holy See while the 825 population Vatican city has 12 active cases, no death though.

However, the Pope equally echoed his concern of armed conflicts in several areas of the world including Nigeria, Sahel, Tigray and others.

Easter Sunday finds uncertainties of the future of the world despite the discovery of COVID-19 vaccines where countries are now giving the second dose to people most at risk while also extending the reach.

More variants of the pandemic are being reported and numbers of new cases, resurging and obliging another confinement.

In Rwanda, officials called for more vigilance ahead of the Easter holidays which coincided with the break of students who have concluded the first term in hardships imposed by COVID-19. 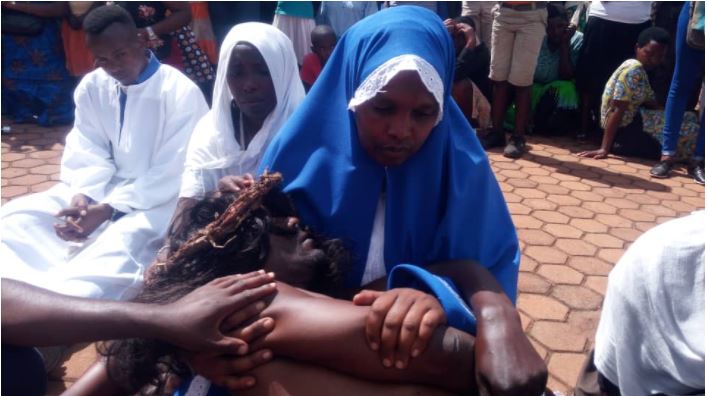 Christians of Butare Diocese impersonating the Passion of Jesus – 2019

Last week, the Minister of Education called for even more vigilance on observing COVID-19 measures to avoid a new lockdown which would mean closing schools again, for the second year.

The country celebrated Easter Sunday in strictly observing measures. Several people would be arrested for taking a drink in a bar or any other prohibited area or for praying from a prohibited corner.

Churches that are allowed to open were overwhelmed by a number of Christians who wanted to celebrate redemption from the sin; only 30% were allowed in, and the rest were left with no option, but to return home.

“Easter is our reason of rejoicing, a reason of our everlasting joy based on the resurrection of our Lord who overcame everything that was against us; sins, eternal death, curse, sorrow,…and who created for us a new path where we parted ways with condemnation,” said Apostle Yoshua Ndagijimana Masasu, the preacher of the day at Evangelical Restoration Church – Masoro in Gasabo, the capital Kigali.

In Rwanda, the celebration of Easter Sunday always finds the community already preparing to enter a very challenging period, the commemoration of a million citizens who perished in the tragic events of the 20th century, the 1994 Genocide committed against Tutsi.

The commemoration starts with national commemoration week from April 7 through April 13 but continues for nearly 100 days that lasted the Genocide.

In that period, institutions, schools, families, and several organisations organise commemoration events to pay tribute to members of their communities who lost their lives in the Genocide.

How A Stranger Trashed Teenager’s Dream to Become A Policewoman