Rwanda and Denmark have signed two agreements that will enable both countries to work and learn from each other how to manage refugee and asylum seekers’ programmes countries and learn best practices in climate change, trade and ICT among others.

The agreements on political consultations and cooperation on asylum and migration issues were signed today between Minister of State Prof. Manasseh Nshuti and Flemming Moller Mortensen, the Danish Minister for Development Cooperation with Mattias Tesfaye, Minister for Immigration and Integration of Denmark.

“We had a fruitful discussion and these agreements will be opening a platform for both countries to discuss various ways of collaborating in refugee and asylum management programs but also other areas such as climate change management, trade and ICT,” said Prof. Manasseh Nshuti. 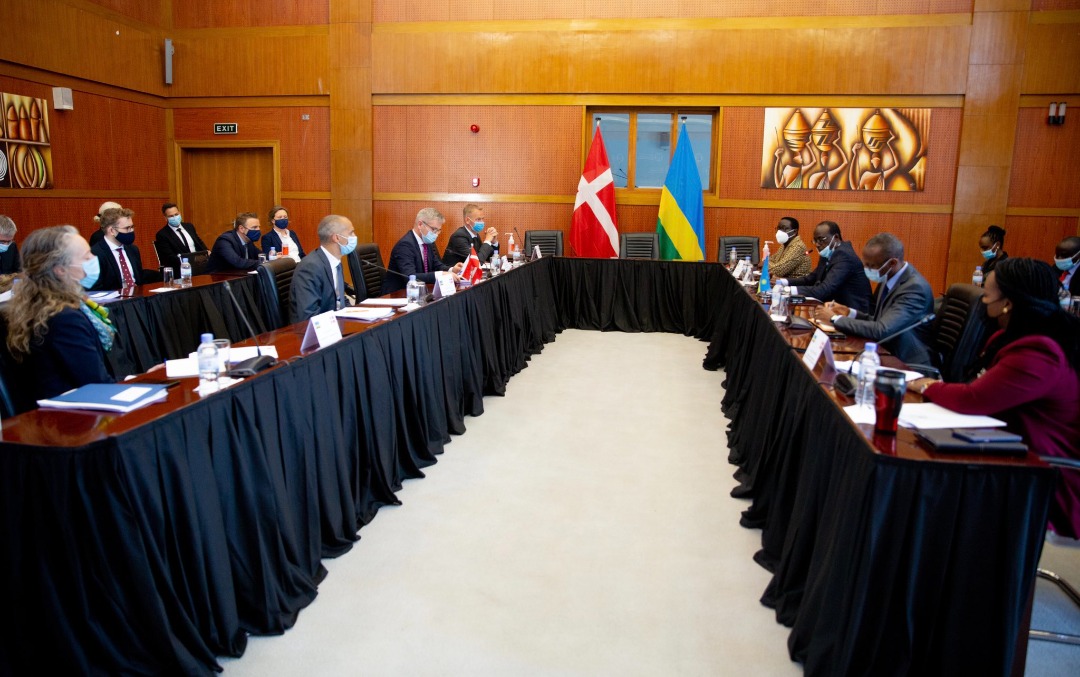 Danish Minister for Development Cooperation also said that they will be learning from Rwanda’s refugee and asylum seekers program at Gashora Transit centre in Bugesera district.

Out of the 385 refugees that were received at the transit centre, 131 were relocated in Sweden, 23 to Canada, 46 to Norway, while 5 others were received by France.

“To find long-lasting solutions to challenges, we need dialogue for the challenges of today and the future. It is important for us to sign such agreements,” Mortensen said.

This signing is part of a four-day visit by the 15-person Danish delegation to Rwanda aimed at consolidating bilateral cooperation between the two countries. Both sides will use the MoUs a benchmark

The Danish delegation also visited the Kigali Genocide Memorial to pay tribute to the victims of the 1994 genocide against Tutsi.