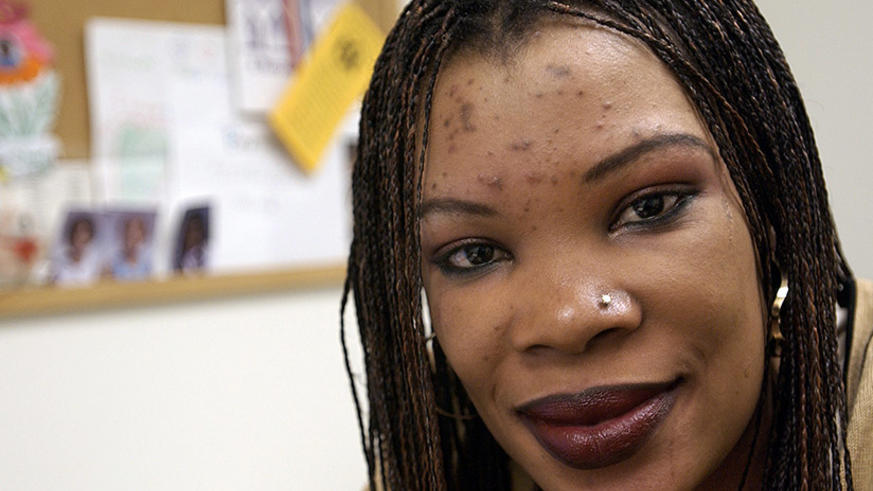 The United States has deported a genocide suspect to Rwanda, previously found guilty of lying about herself to obtain American citizenship in fraudulent manner. Beatrice Munyenyezi is set to arrive at Kigali International Airport, at 7pm this Friday evening.

The Directorate of Immigration confirmed to KT Press on Friday that Munyenyezi, who is suspected of playing an active role in the 1994 Genocide against the Tutsi, is being deported to Rwanda as a Rwandan citizen who has been living in the North American country illegally.

“Yes, we will be receiving Munyenyezi this evening at 7pm, she is being deported as a Rwandan citizen returning home. We were contacted by our counterparts in the U.S informing us about us the scheduled deportation,”

“At this point we are still waiting and ready to receive her,” said Alain Kayondo, the Spokesperson of Directorate of Immigration.

Munyenyezi, 51, who was sentenced to 10 years in jail in 2013 for lying about her background and hiding her family’s role in the genocide in the former Butare Prefecture, now Huye District, is likely to be presented to Prosecution upon arrival to be charged formerly of suspected Genocide crimes.

Munyenyezi was sentenced to 10 years for fraudulently obtaining US citizenship, which she was immediately stripped of, after it was found that she had deliberately lied to authorities to obtain it.

Munyenyezi, who had sought asylum in the U.S, was convicted in a New Hampshire court for lying about her own part in the 1994 Genocide against the Tutsi.

The court concluded that she had made false statements to officials in order to cover up how she selected Tutsis to be raped and murdered, ordering that she is deported when she completes the sentence.

Munyenyezi had settled in Manchester, New Hampshire, with three young daughters in 1998 after claiming to have been persecuted in Rwanda.

She caught the attention of the US authorities several years later after giving false testimony on behalf of her husband and mother-in-law who were later sentenced to life in prison for genocide and other crimes against humanity by the Arusha-based International Criminal Tribunal of Rwanda (ICTR).

Prosecutors in the U.S said Munyenyezi had a “front row seat” during the genocide because her mother-in-law, Pauline Nyiramasuhuko, served as the minister of family and women’s affairs in the then government which planned and executed the Genocide.

Nyiramasuhuko is notoriously remembered to have ordered the governor to begin murdering Tutsis in Butare area and when the he showed reluctancy, he was killed and Nyiramasuhuko took charge along with her son and Munyenyezi’s husband, Arsene Shalom Ntahobali, who was a leader of the interahamwe militia at the forefront of the murders.

The Butare massacres were among the most horrific during the 1994 Genocide against the Tutsi as powerful Nyiramasuhuko ferried in the elite presidential guard to carry out the killings.

Investigations on Munyenyezi started after she gave evidence at the ICTR in 2006 in which she testified that there was no roadblock with her husband and other militiamen butchering people outside the Butare hotel, owned by her in-laws, in which she was staying.

Munyenyezi claimed that she had seen no killing at all and that she never saw any dead bodies, despite loads of evidence, which made Prosecutors pick interest in her testimony.

Her mother-in-law Nyiramasuhuko, was the first woman convicted by the ICTR where she received a life sentence after being convicted of seven charges including genocide, crimes against humanity and incitement to rape. Her trial heard how she told militiamen “before you kill the women, you need to rape them”.

She is said to have ordered petrol poured over a group of women who were then burned to death after being raped. Munyenyezi’s husband, Ntahobali, also received a life sentence. Munyenyezi’s appeal against this ruling was rejected by an appeals court in 2017.

The Spokesperson of the National Public Prosecution Authority (NPPA), Faustin Nkusi could not confirm whether charges await Munyenyezi, but it is understood that she had previously been sentenced by the traditional Gacaca Courts