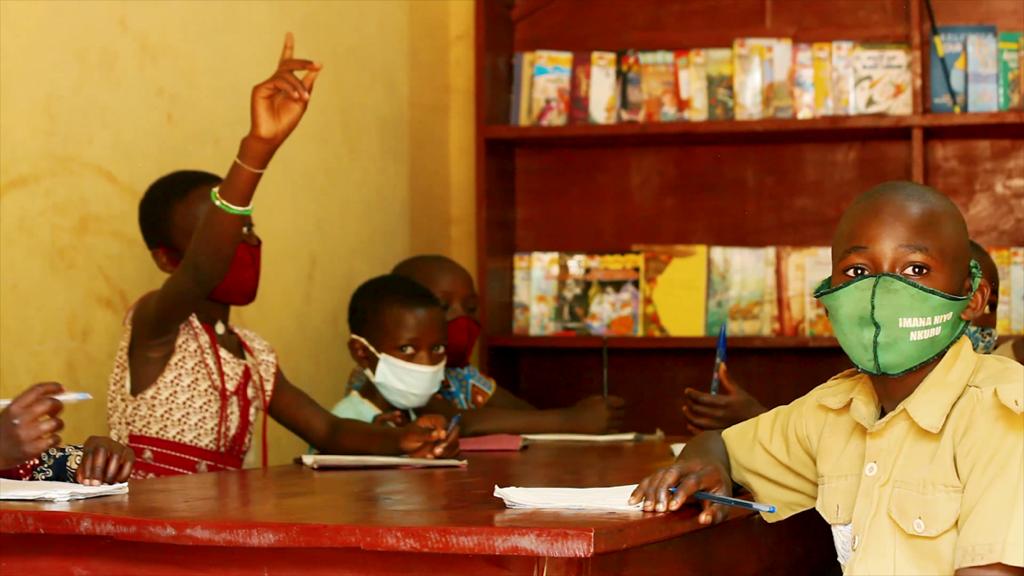 In 2018, Umutoniwase Noella, a young lady in her 20s was discussing with a friend who told her: “You said you are so much interested in community centered projects; a good friend of mine is looking for partners like you.”

The friend shed more light and explained that the project consisted of a library and a community center in rural Rwanda.

“Are you interested?” the friend asked and Umutoniwase responded wonderfully: “Yes! That’s my dream coming true.”

The initiator of the project Ange Bukize Pascale was connected with Umutoniwase, and the two started an undertaking that they now believe, is promising.

When they met, a commitment was made between both pioneers, and Umutoniwase was given a coordination task and to start, she had to find the area where the initial project would settle. 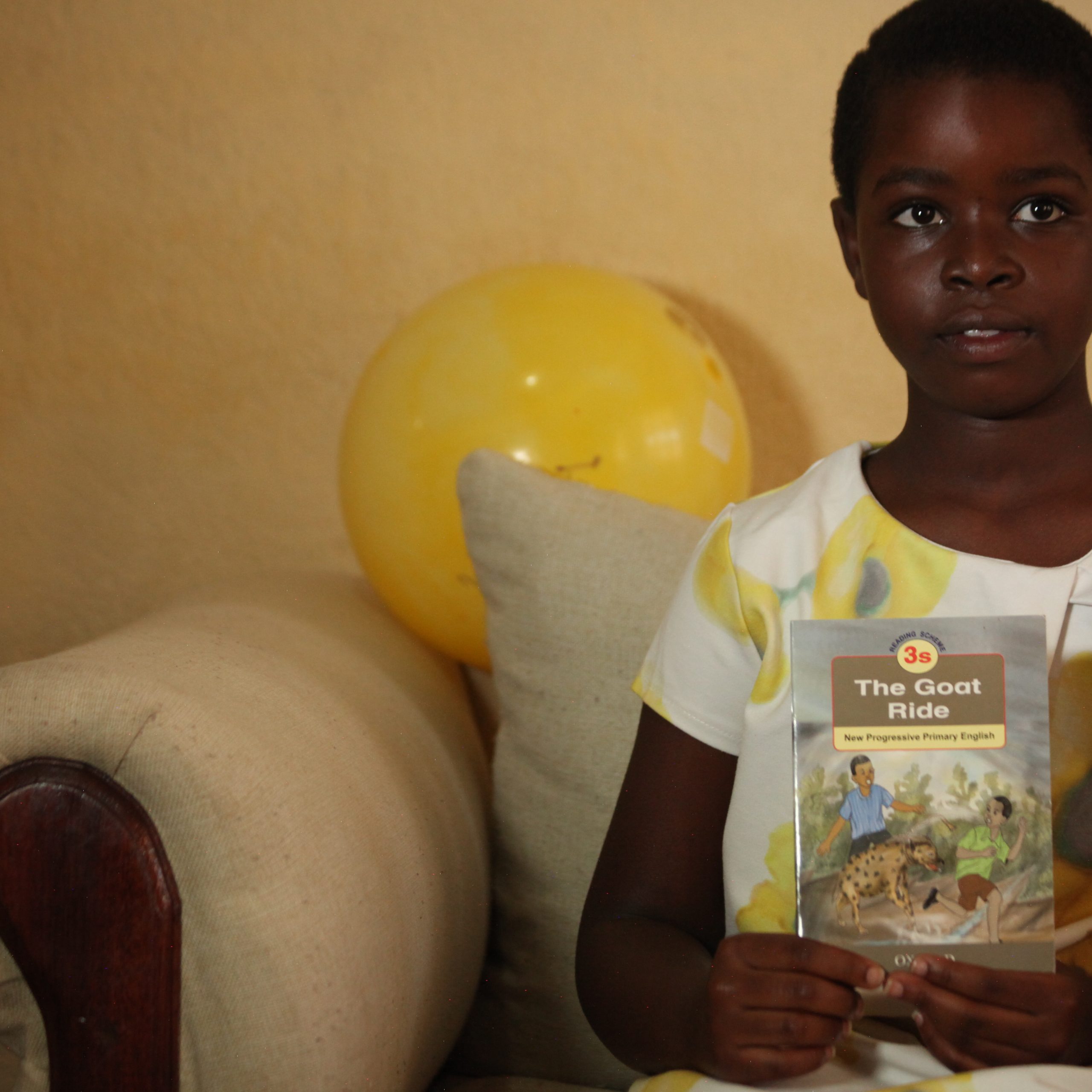 A child in ‘Read With Me’ Program

Since she had been serving an organization based in the Northern Province, her mind took her to Musanze district.

“My first bet was on Byangabo in the outskirts of Musanze city,” she said.

“While in Byangabo, the first thing to do was visit my checklist where we needed a place in proximity of key public infrastructure like schools, health center and others.”

Byangabo was fulfilling these criteria, but was lacking an important geographical aspect: the movement of children, the presence of children who really needed extra-academic attention.

Byangabo was disqualified and Umutoniwase chose to find out about Musanze town only to realize that Musanze was also catered for. 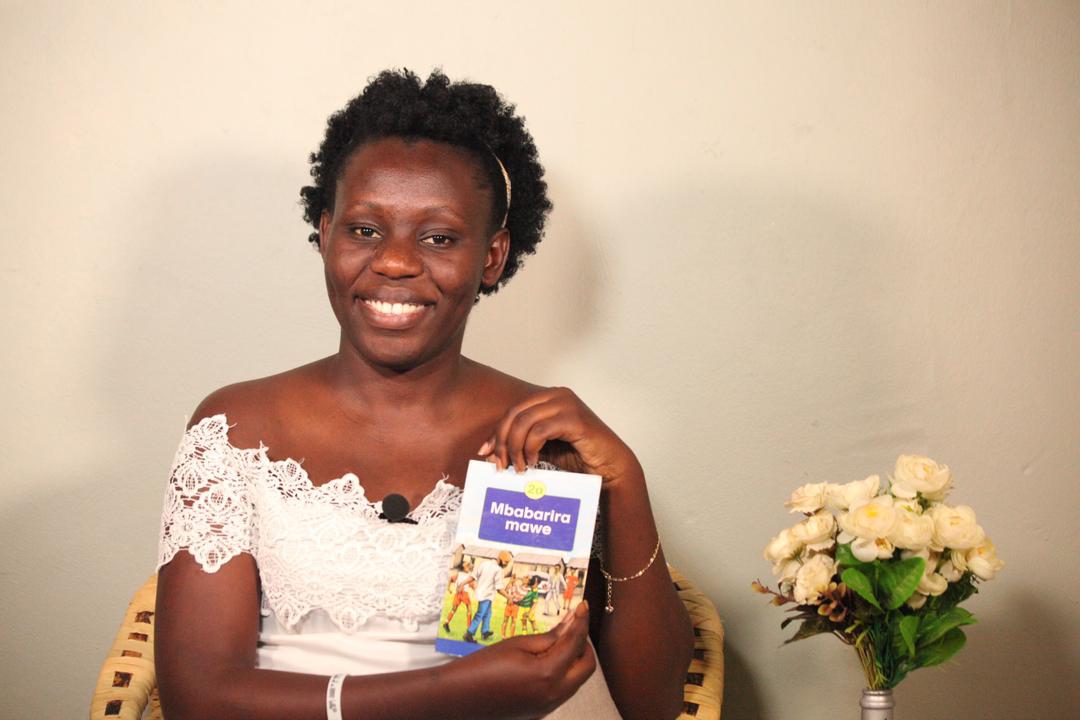 The next bet was on Gakenke district and while in Gakenke sector, Rusagara cell and Gakenke village, she saw a beautiful hill called Kabuye and said: “There we go!”

Umutoniwase got exactly what they were looking for.

“It’s a secure place, close to administrative infrastructure, schools and in the middle of many activities. The village is such that many children meet after school to play and have fun,” she said.

“We settled in a residential house and that was the beginning of our life. We started as a Community Centre,” Umutoniwase said.

To understand the idea initially born from Ange Bukize, one needs to learn two names including Akitabu, and Malayika Community Centre.

Akitabu is an online platform that has an objective of instilling knowledge among children first and other people through extra curriculum courses of Mathematics, English, and Sciences among others.

“The thinking is that, one cannot grasp everything at the same time in class. Thus Akitabu seeks to bridge that gap,” said Deborah Niyonkuru, Managing Director of Akitabu Academy. 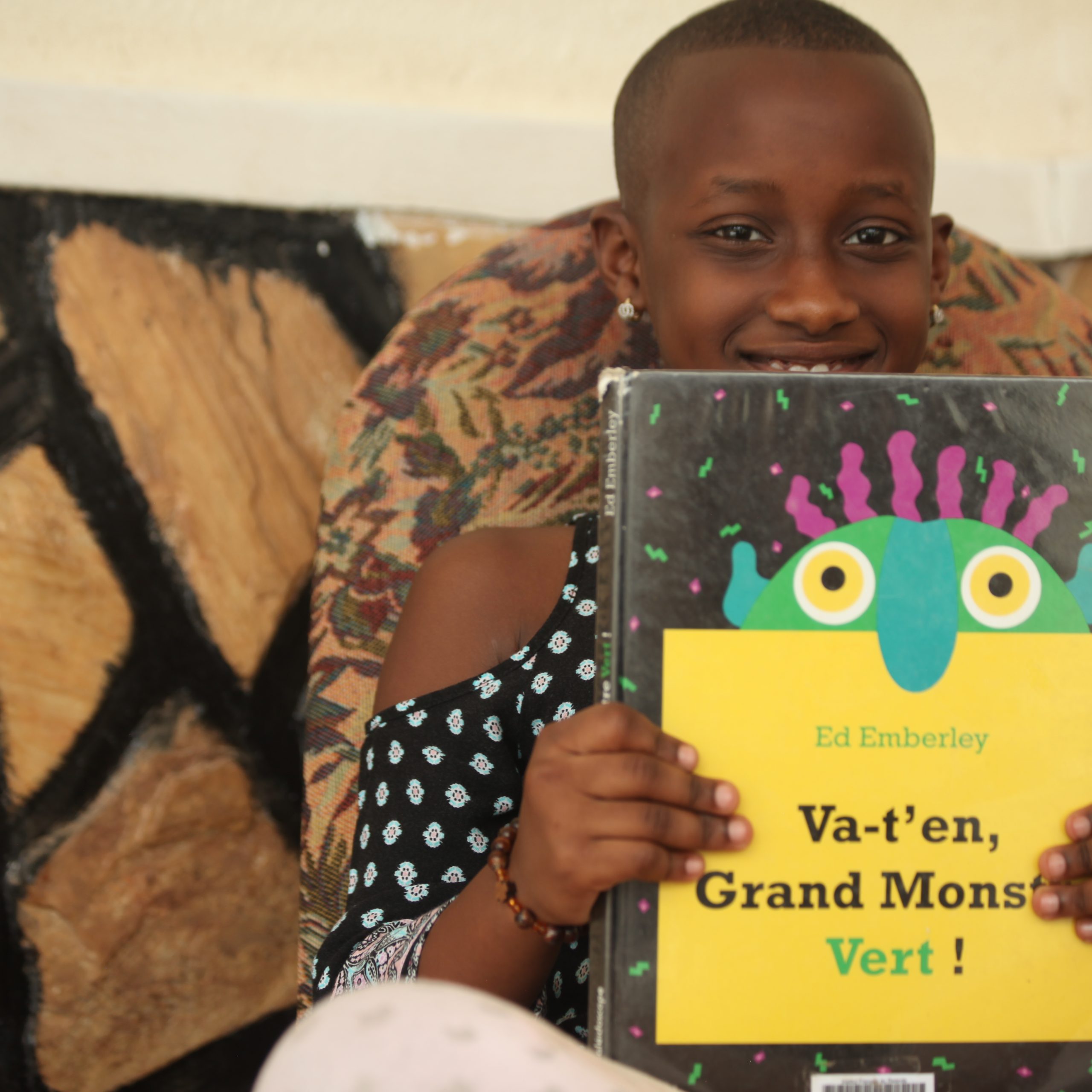 The Read With Me Program

The belief is also that, a child can apprehend better what they learn at school if given extra attention outside classroom walls.

This makes more sense in Rwanda’s public education where the teacher-pupils ratio is still high. The number of pupils in a Primary class of Rwanda was varying between 59 pupils and 97 according to 2018 education statistics.

“We have a website where we upload the content free of charge but are also working on a proposal to give certificates that would have the same value as one of a student who attended mainstream education,” Niyonkuru said.

“Yes of course, schools are different out there, yes of course school fees is different. We are trying to bridge that gap in a small program that does not require anyone to sit in class.”

The objective is to instill a reading culture among the children.

Another project consists of an online bookshop where Akitabu also offers possibility for interested clients to order books through them.

An Akitabu’s sub project to watch is definitely Malayika Community Centre, which is hosted in the Gakenke’s house.

The centre brings together children from this village to have an extra curriculum program which basically supplements the effort of teachers.

“The start was difficult; we were obliged to stand on the roadside telling them; hey! Please come, we have a good program for you; You can study, ready, have fun and more,” said Umutoniwase.

“But everyone was wondering: is that possible, at no cost?”

The Centre has one facilitator, Jeannine Uwera who caters for children in morning and afternoon shifts respectively. 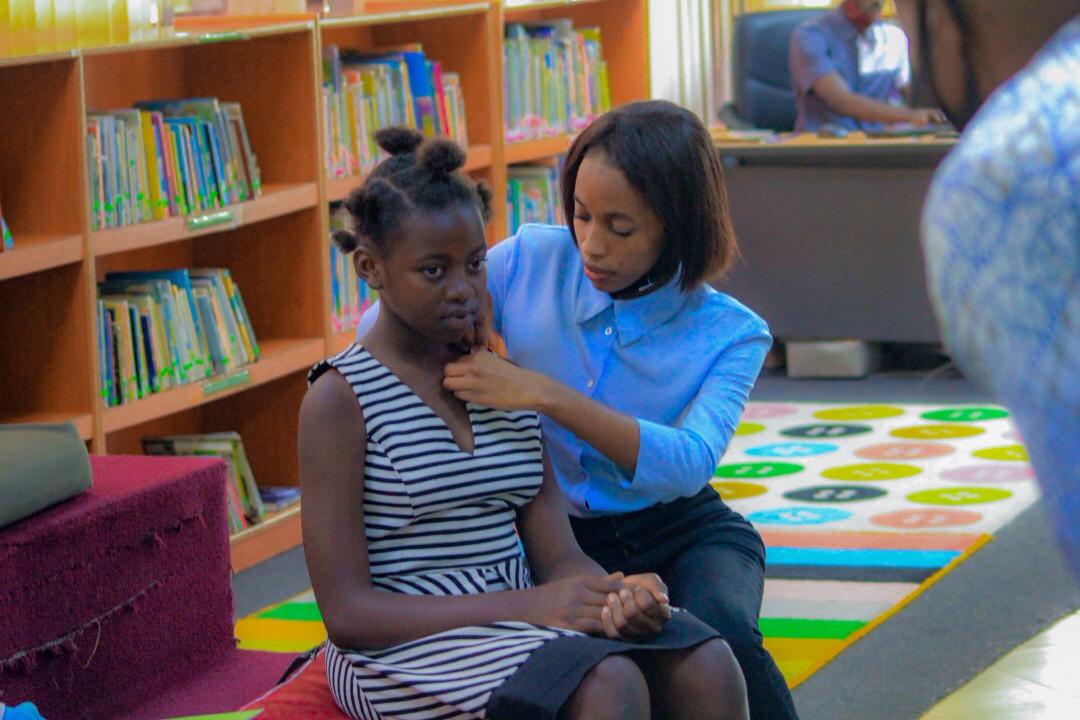 Umutoniwase Noella fixing a microphone before a “Read With Me’ session

The center has a library open during five working days with books and a class with desks, toys, and books.

The center also has a playground and sanitary infrastructure.

“We want the children to come to the place and fill up their curiosity; find things they don’t find at school which would open their mind,” Niyonkuru said.

While at the center, children are helped to bridge their school gaps. 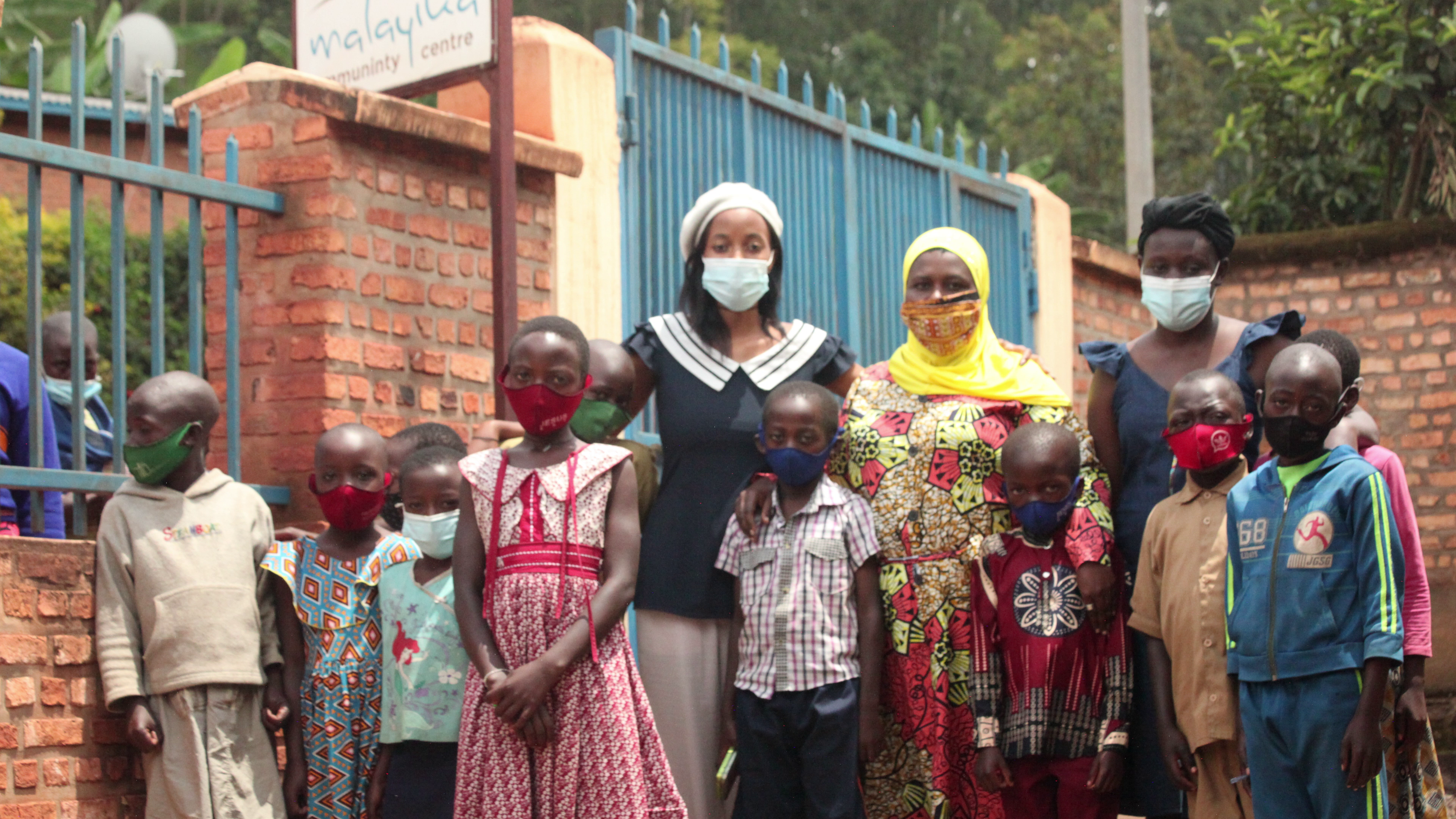 The teacher is smart enough to blend the program for them and according to Niyonkuru, most of them still need basics, where for example, even those in Primary 4 could have difficulties reading Kinyarwanda.

“She adjusts her program depending on the gaps among children,” she said.

Akitabu came as a company to support Malayika Community Centre; in other words, if for example someone buys a book, the money will cater for the centre, buying food for the children, paying their teacher, among others. 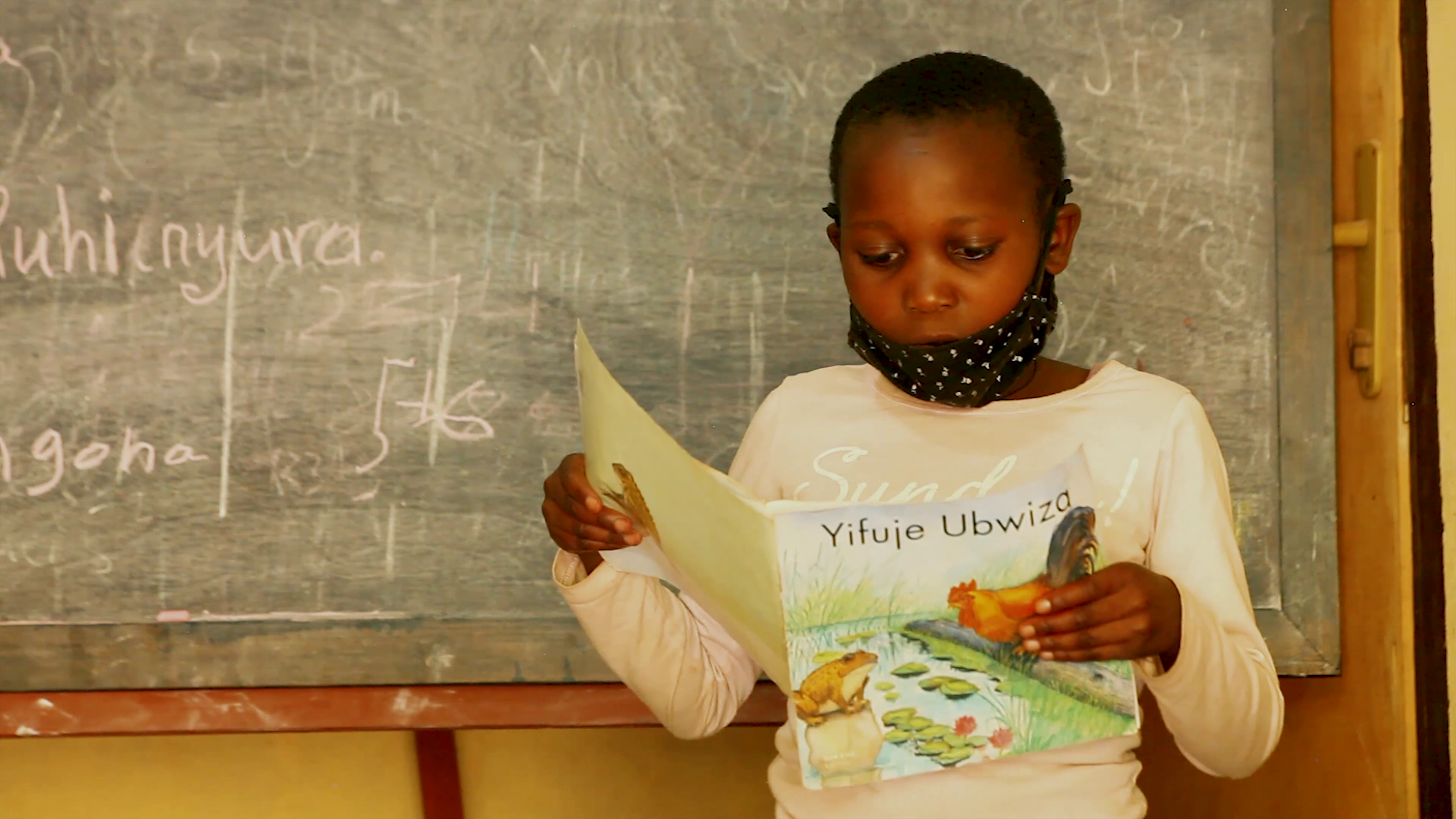 From April 2019, the centre has grown from 2 children to 32 today and the dream of the four young ladies, is to one day grow Malayika Community Centre and transform it into a strong academy with a formal school where students will not envy any graduate from international, luxurious schools in the capital Kigali.

“We want to bring efficacy and quality of education without it being a burden,” said Niyonkuru.

President Kagame Speaks Out on Relations with France, Security in DRC