President Paul Kagame says the publication of two recent reports that established facts on the role of France in Rwanda, before, during and after the 1994 Genocide against the Tutsi, put back on track relations between Rwanda and France, describing it as a big step forward.

During a sit-down interview with France 24 and Radio France International (RFI) on Monday, President Kagame, who is in Paris to attend the International Conference on Sudan and the Summit on Financing African Economies, touched on a number of issues including the security situation in the region.

Reacting to a question on the findings of the Duclert Commission of historians, established by France to investigate the role of former President Francois Mitterrand’s in Rwanda, President Kagame said the report which was released in April, along with that of Rwanda, led to convergence of facts.

He said that despite concluding that France had an “overwhelming” responsibility for the 1994 Genocide against the Tutsi in Rwanda, he is not interested in seeking an apology from anyone but would not mind getting one, but only if it is genuine and honest.

“I think this is a big step forward that is welcomed by Rwanda and I guess by many in France, that we can have these facts, the truth is established by independent people, by independent commissions because in a report by Duclert and another commissioned on aside, by Muse,”

“There is a convergence as to the facts and evidence for what happened and I think France and Rwanda have a chance now and good basis on which to create a good relationship, as the case should have been,” President Kagame said, adding that the rest ‘can be left behind us.’

To do so, he said there would be a need to forgive but not forget what happened in order for both countries to be able to move forward, which is the most important thing.

Asked whether he agrees that France was not complicit in the Genocide despite the report concluding that there was “overwhelming responsibility by France”, President Kagame avoided directly answering the question pointing out that he agrees with many things the reports say but they pave way for more work to be done. 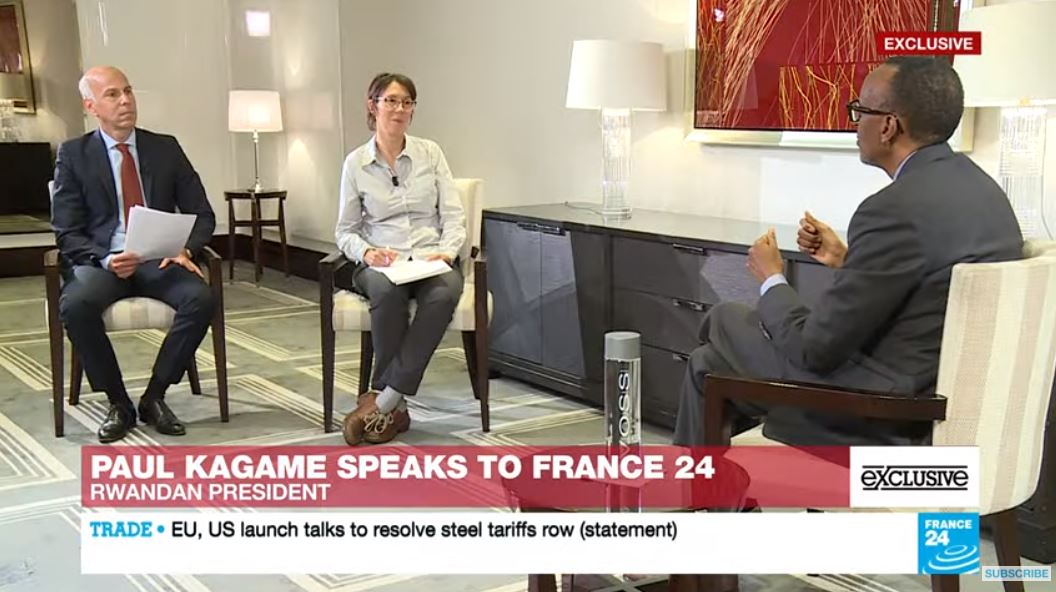 On previous remarks he made that France was not only complicit but it actively participated in the execution of the genocide, President Kagame said that it was his opinion which he was entitled to but what takes precedent now are the new findings in the two reports by the two countries and the desire to put the past behind.

He pointed out that he wouldn’t be making any demands for anyone to apologize but if they feel compelled to, he wouldn’t mind such a goodwill gesture.

President Kagame said personally he would not ask anybody to apologize but he would rather leave it to them and see what comes out because that way someone will do it genuinely and honestly.

“If anybody recognizes the problem and does things about it, I think that’s the best outcome of a process. Absolutely, I would appreciate that,” President Kagame said, adding that he would love to see a full rapprochement of ties and France sending over an envoy to Kigali.

“We are in the process of normalisation,” President Kagame said. Asked how soon the rapprochement will happen, he said it is up to France to decide. 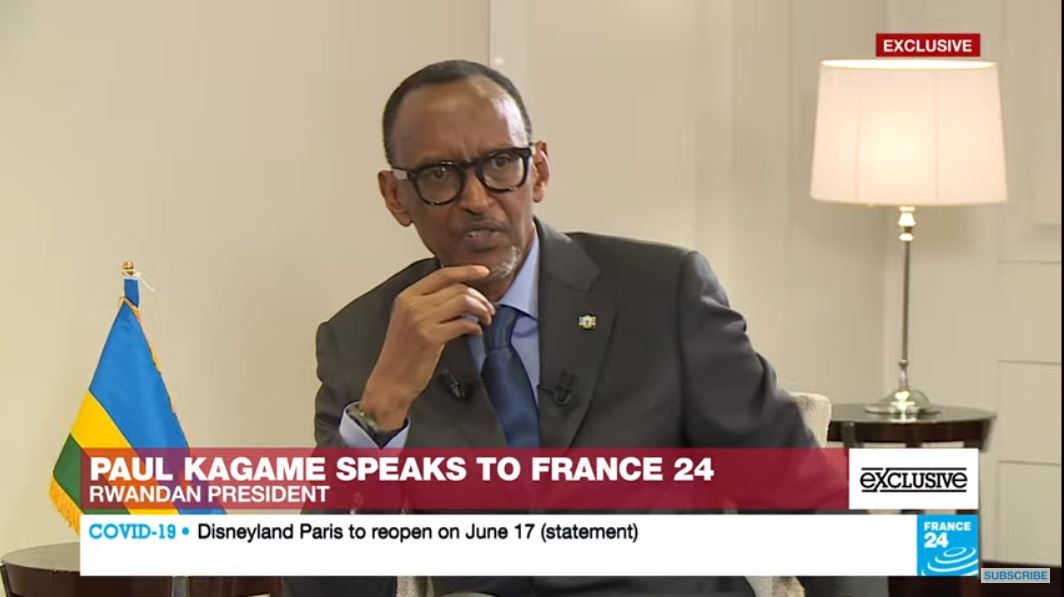 On the issue of genocide suspects in France, President Kagame said that Rwanda would encourage France to do more good things and go after genocide suspects in the country including Agathe Kanziga Habyarimana, the former first lady, who he said was on top of the list of those wanted by Rwanda.

President Kagame bashed the controversial UN Mapping Report, pointing out that those who disseminate it, including Congolese Nobel Prize winner Dennis Mukwege have ulterior motives and represent interests of other people whose wish is to espouse the double genocide theory.

He said there were no crimes committed, not by the Rwandan military or countries, pointing out that the UN has been in DRC for decades but failed to pacify the country. He however said that Rwanda, DRC and other partners have been trying to work together to bring about peace and will continue to do so.

Asked whether Rwanda would deploy its military in DRC, or whether it has deployed in the neighbouring country, President Kagame said Rwanda has not sent any soldiers to DRC, adding that had Rwanda gone to DRC as it is often rumoured, it wouldn’t have failed as the UN has.

President Kagame also spoke out on the trial of Hotel Rwanda protagonist, Paul Rusesabagina, dismissing concerns by the U.S and other countries that he would not get a fair trial, pointing out he personally longs for a fair trial and it shouldn’t be Europe or the U.S to demand for it.

“I want to see a fair trial myself. Why do you think being fair belongs to Europe or the USA? …. It’s like the only thing to be fair in Rwanda or Africa, it has to be supervised by Europe or US or by some other place? No, absolutely not.”

On whether he will retire upon completing his current term, President Kagame said a number of things will come into play including his personal decision but that is not a point of focus at the moment.