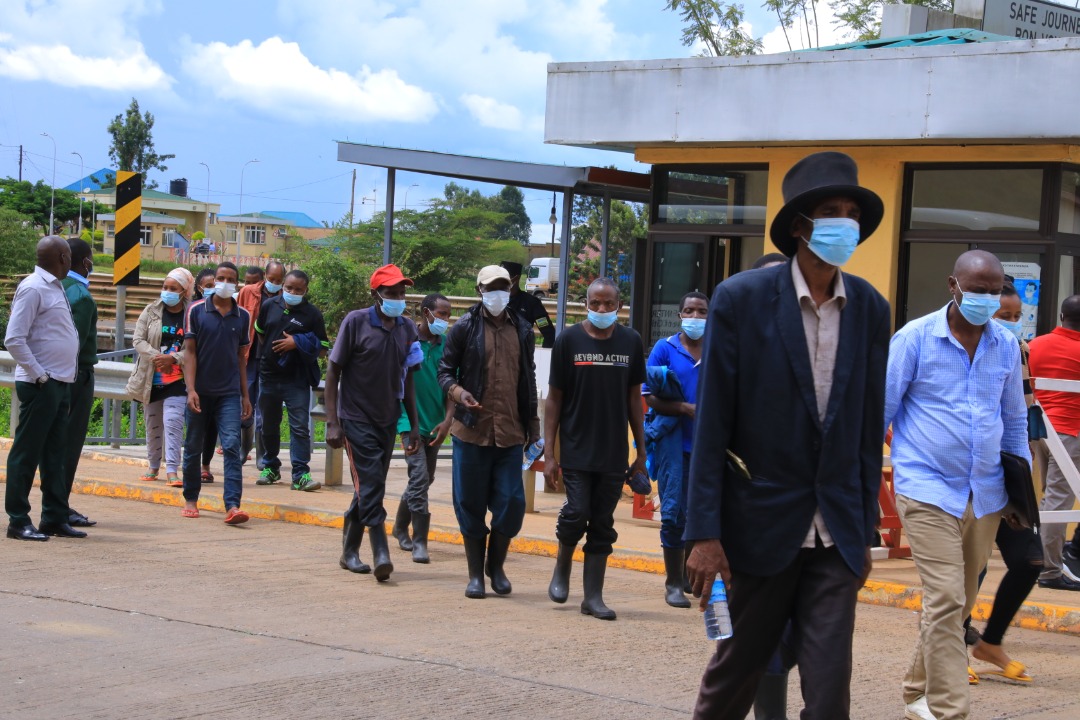 Rwandans recently deported from Uganda claim they were tortured for weeks and denied basic rights and had their valuables stolen while in detention.

The 17 people who were dumped at Kagitumba One Stop Border Post by Ugandan Migration Authorities on Wednesday at around midday included 14 and 3 females who all say were arrested by Uganda’s Chieftaincy of Military Intelligence (CMI) on allegations of espionage.

Among those deported include a husband and wife arrested at different times who were surprised to find each other in the bus.

Jean d’Amour Uwimfura, who was an employee of the regional bus company Jaguar Transporters, relocated to Uganda on February 2, 2019 with his wife after the bus company transferred him to Kampala where he would be operating from.

The 32-year-old and his wife Gaudance Nyiraneza crossed to Uganda legally via Gatuna One Stop Border post and had been working with the bus company, with all the necessary documentation.

On January 14, 2021, Uwimfura was picked by CMI operatives in the Kampala suburb of Nakulabye and was held at Nakulabye Police Station for two days before being transferred to Nsange barracks and was later forwarded to CMI Headquarters in Mbuya.

Uwimfura says that for nearly four months in detention, he was accused of espionage and subjected to torture by security agents pushing him to confess and admit that he was in Uganda to spy on behalf of the Rwandan government.

“When I was arrested, a hood was thrown over my head and put into a car and driven to an unknown destination. I was held in a house where operatives would come to beat me everyday asking me to confess,”

“They asked me how many times I go to the Rwandan High Commission in Uganda and how much money the embassy gives me. I was severely beaten the first day for more than five hours and on the second day. The beatings would repeat after a week,” Uwimfura said upon arrival in Rwanda.

Uwimfura, who hails from Urugarama Village, Murambi Cell, Murambi Sector in Gatsibo District, says he was brutally beaten on the back and his feet to reveal the people who were receiving support from the Rwandan mission in Kampala, until he started urinating blood. 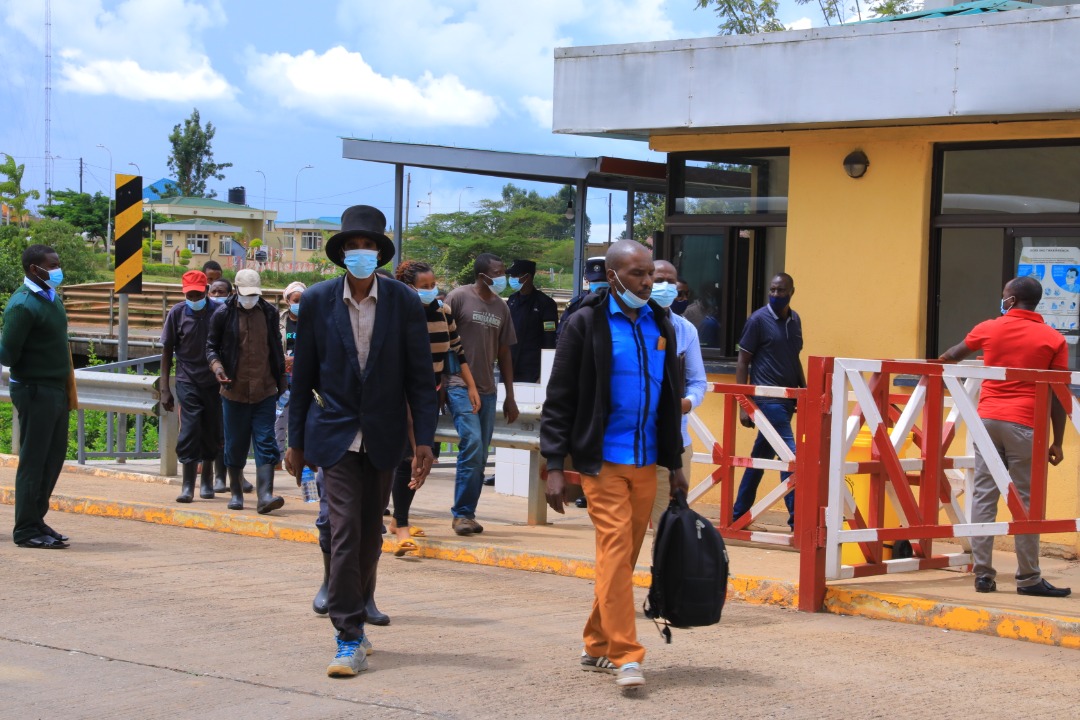 He counted 43 Rwandans in the detention facility he was being held, 12 of whom were deported while the rest remain in dire conditions. What was more shocking for Uwimfura however was to find his wife in the bus that he was being deported in, also being deported.

“I had no idea she had also been arrested. I was shocked to see her on the bus also being deported,” Uwimfura said.

Nyiraneza was picked up on February 4, this year from the Kampala suburb of Kansanga, a few weeks after her husband was arrested. In Uganda, she was engaged in a business of selling clothes and they lived in Nakulabye.

The 31-year-old was detained at CMI headquarters in Mbuya but never met her incarcerated husband and only met on the deportation bus.

Others deported include Esperance Mukeshimana, 21, who travelled to Uganda in November last year to formalise her marriage to a one Charles Rugina, who lives in the US and to continue her studies.

Mukeshimana, who hails from Karambi Sector in Nyamasheke district entered Uganda legally, having travelled with Kenya Airways on November 20, 2020. She was arrested on March 20, 2021 in the central district of Masaka by CMI.

She was first detained at Masaka Military Barracks and later she was transferred to Mbuya CMI Headquarters. She was charged with illegally staying in Uganda on March 25 and jailed again until her deportation.

Similarly, Jennifer Byukusenge, 24, a student of Mount Kenya University, travelled to Uganda on April 3, 2021 with the national carrier RwandAir, to visit her mother, who lives in the Kampala suburb of Nalukolongo.

She was arrested two days later on April 5, in Buziga, another suburb of Kampala, by CMI operatives on accusations of espionage. 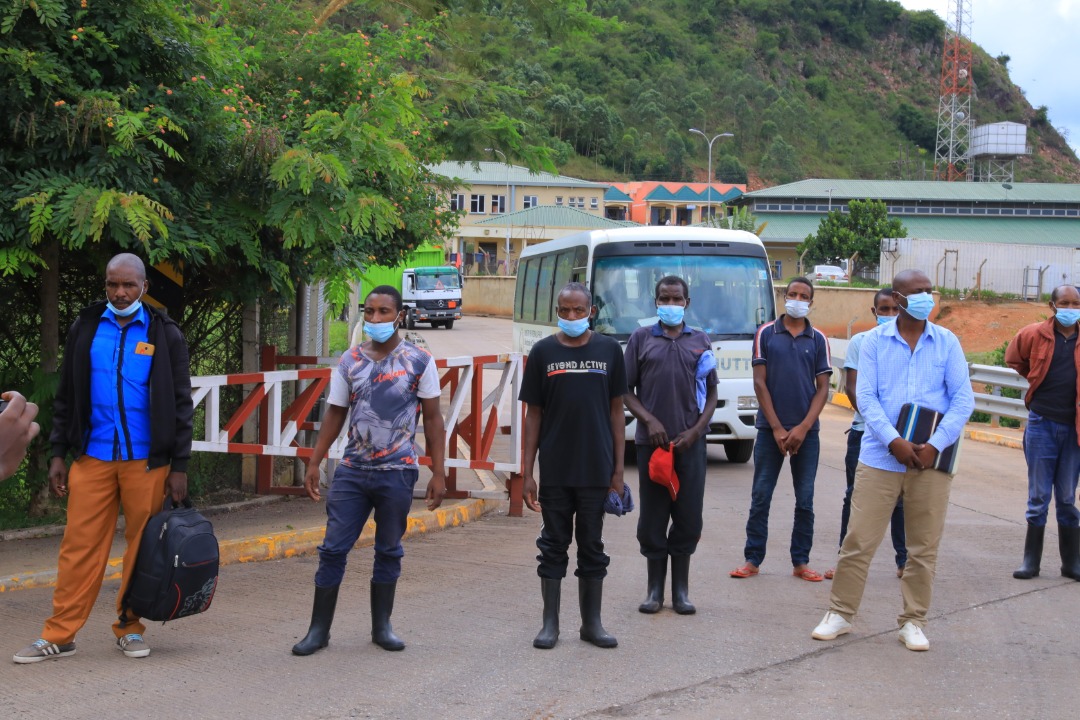 Another deportee is Pastor Mpamo Assuman alias Mubiru Assuman who has been living in Uganda since October 1998. The 50-year-old was married to his Ugandan wife Eveline Katusaba with whom they have 6 children.

He was arrested on March 12 this year in Lubaga-Najjanakumbi area of Kampala by CMI agents and detained at CMI headquarters in Mbuya, also on suspicion of espionage until his deportation.

Jean Pierre Badahunga, 42, went to Uganda in January 2019 to engage in farming activities in the western district of Kiruhura. He was arrested on April 4 this year for reportedly burning charcoal in President Yoweri Museveni’s farm.

His fate is similar to Theogen Niyonteze, 46, who had been living in Uganda since May 2014, first in the central district of Kiboga and later Isingiro district where he was working as a casual labourer.

He was arrested on April 23, 2020 and detained at Omundizi Police station in the western Uganda district before he was transferred to Kabahinda isolation centre continued to Gashojwa police station, Makenke barracks before ending up at Mbuya CMI Headquarters, on accusations of espionage.

Jean de Dieu Nshimiyimana, 29, also moved to Uganda in December 2016, via Kagitumba border post, for casual work in the district of Kyegegwa in Western Uganda. He was arrested on April 4, 2021 and later transferred to CMI headquarters in Kampala, also on accusations of espionage.

The deported individuals claim they were severely tortured and deprived of personal belongings and money, which were not returned upon deportation. They requested the government of Rwanda to intervene and help them recover their property and money.

These are the latest deportations from the East African country which Rwanda accuses of harassing and arresting Rwandans on false accusations of espionage. The issue remains among the key issues affecting bilateral ties between the two neighbours since 2017. 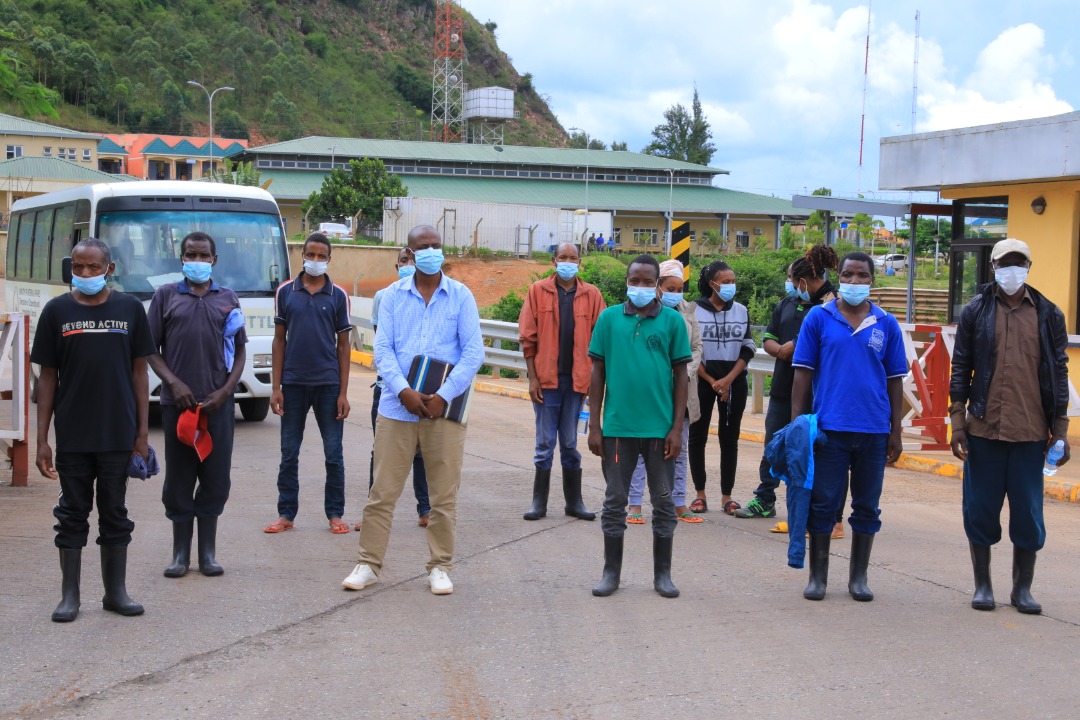