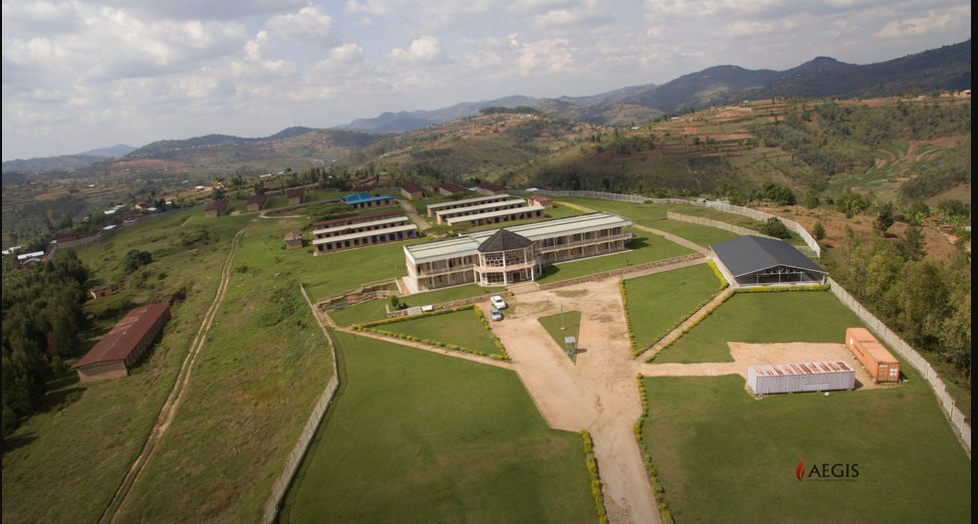 Former Prefet of Gikongoro Prefecture during the Genocide against Tutsi sent the Paris Criminal Court to shock when he said that, in the working hours of April 21, 1994, he went to work “Because he had so many files to read.”

Laurent Bucyibaruta has been battling a Genocide case since nearly two months. He is accused to have participated in the Genocide in Murambi, Cyanika, Kaduha and Kibeho.

Particularly, Murambi in Nyamagabe where an estimate 50,000 Tutsi were exterminated was adjacent to Bucyibaruta’s office.

Despite insisting that he is innocent and had no role whatsoever in the Genocide, this evening the court was shocked with the suspect who, early in the day, said that he could not save the Tutsi because the killings happened at night.

In the evening however, his defence may insinuate that he never found it important to save the Tutsi.

“I read numerous documents that I was not able to read before,” said Bucyibaruta when they asked him what he did in the morning of April 21, 1994 when Tutsi he had himself gathered in Murambi were killed.

“So you did your usual work that morning?” the presiding judge asked and Bucyibaruta answered with a big “YES”. 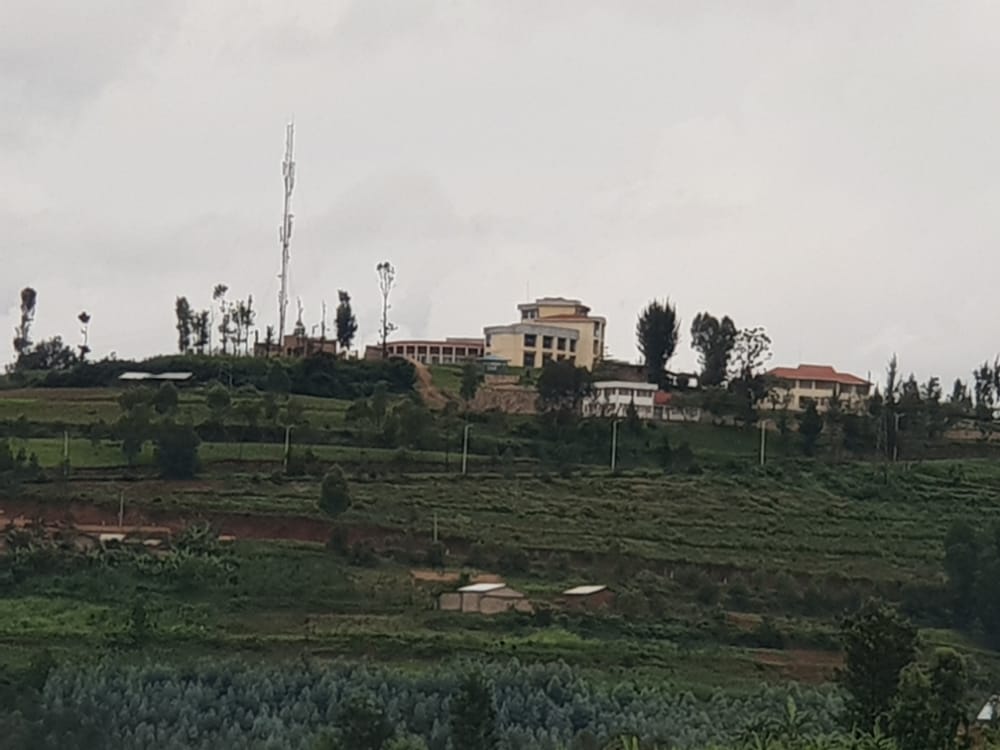 The view of Gikongoro Prefecture headquarters(Now Nyamagabe district) from Murambi. From Murambi hill, the Tutsi were expecting Bucyibaruta to save them. Bucyibaruta was rather going through his documents here

On this particular note, the court asked Bucyibaruta if he could see what was happening at Murambi from his office and he said: “No! I couldn’t see anything because from my office, I was shadowed by another hill thar coudn’t allow me to look see Murambi.”

The judge however said:” In the contrary, when we see the picture, there is no hill in between.”

Bucyibaruta said: “Indeed, one can only afford to see only a small part of Murambi.”

For those who know Gikongoro prefecture offices, now Nyamagabe offices, it sits on a hill that offers a panoramic view on Murambi and there is no obstacle that would abstruct the sight from either side.

Meanwhile, Bucyibaruta said he had convened to a meeting of bourgmesters of Gikongoro prefecture around the crisis.

“Killings happen in front of your office, thousands of people perish and you wait for another five days to do something?” asked the presiding judge sadly.

“I had to wait for the Bourgmesters to respond to my call. Messages were going manually,” Bucyibaruta answered.

The letters, among others, intended to congratulate officials and their people for “heroic activities to protect their security, preventing the enemy from invading their area…”

But Bucyibaruta said that “they were much in political language.”

However, after seeing the two letters, Bucyibaruta composed a specific one, also mentioning the idea of “preventing the enemy from invading their land.”

“So you also repeated the political language?” the presiding judge asked with Bicyibaruta answering:” No! Mine was rather tailored to the situation of Gikongoro.”

“And the Tutsi that were already killed in Kibeho, were also the enemies you were talking about?” The judge asked.

“The enemy was RPA Inkotanyi,” he said. 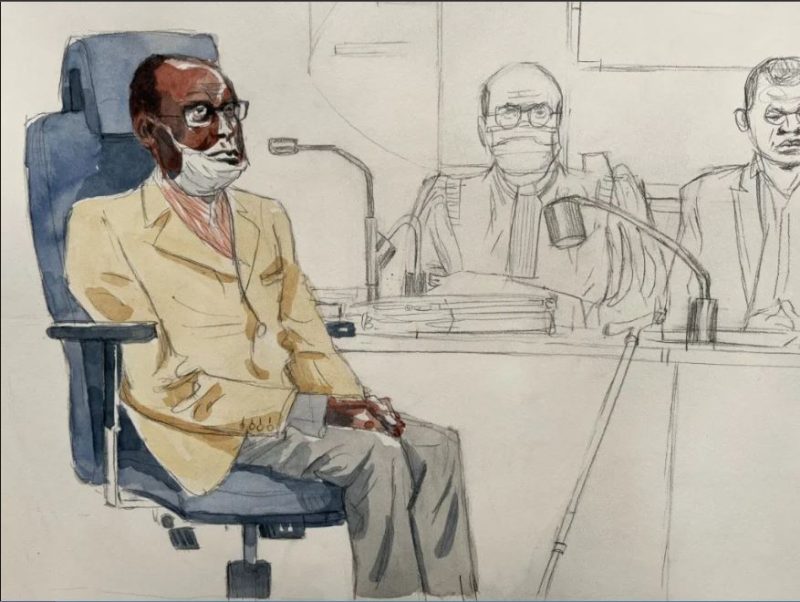 Laurent Bucyibaruta: the way he sits in Paris court where he has been coming every working day for the last two months

In the letter, Bucyibaruta also wrote that, the killings “was as a result of anger of the mass following the death of President Juvenal Habyarimana.”

But in the court he tried to change this language while saying: “This was a point of view of some people.”

“But this was your own letter, right?” asked the presiding judge.

“Yes it is my letter,” Bucyibaruta answered.