The University Of  Lay Adventist Of Kigali (UNILAK) has promised to help Rwandan community turn around production of their arable land if they seek information on the composition of their soil properties and use it accordingly.

From the perspective of helping the current generation leave the planet safe for the next generation, in 2016 UNILAK, in partnership with the Chinese Academy of Sciences(Xi Jiang Institute) launched a laboratory that deals with land and water analysis.

Under the faculty of environmental studies, the laboratory was divided into two parts to serve two purposes including education and research.

“Sometimes farmers apply fertilizers without knowledge of their land properties – what is available in the land, and what is lacking,” said the dean of Environmental studies at UNILAK, Doctor Mupenzi Christophe.

“Initially, every land of a place has got required nutrients for growing plants, but specific land may be unproductive due to improper use.”

This sends the university beyond the campus boundaries to serve farming communities.

According to Mupenzi, this was the case in Rwamagana district in Nyirabidibiri wetland where farmers grow vegetables, maize among other crops depending on the season.

“We found that acidity of their soil was between 5 and 6.2 which inform the kind of fertilizer to use. Any abuse of fertilizer may lead to environmental and crop’s deterioration,” Mupenzi said.

According to Mupenzi, in Nyirabidibiri case, the acidity is not alarming, but the land needs to be slightly corrected with the use of organic fertilizer, instead of chemical fertilizer. 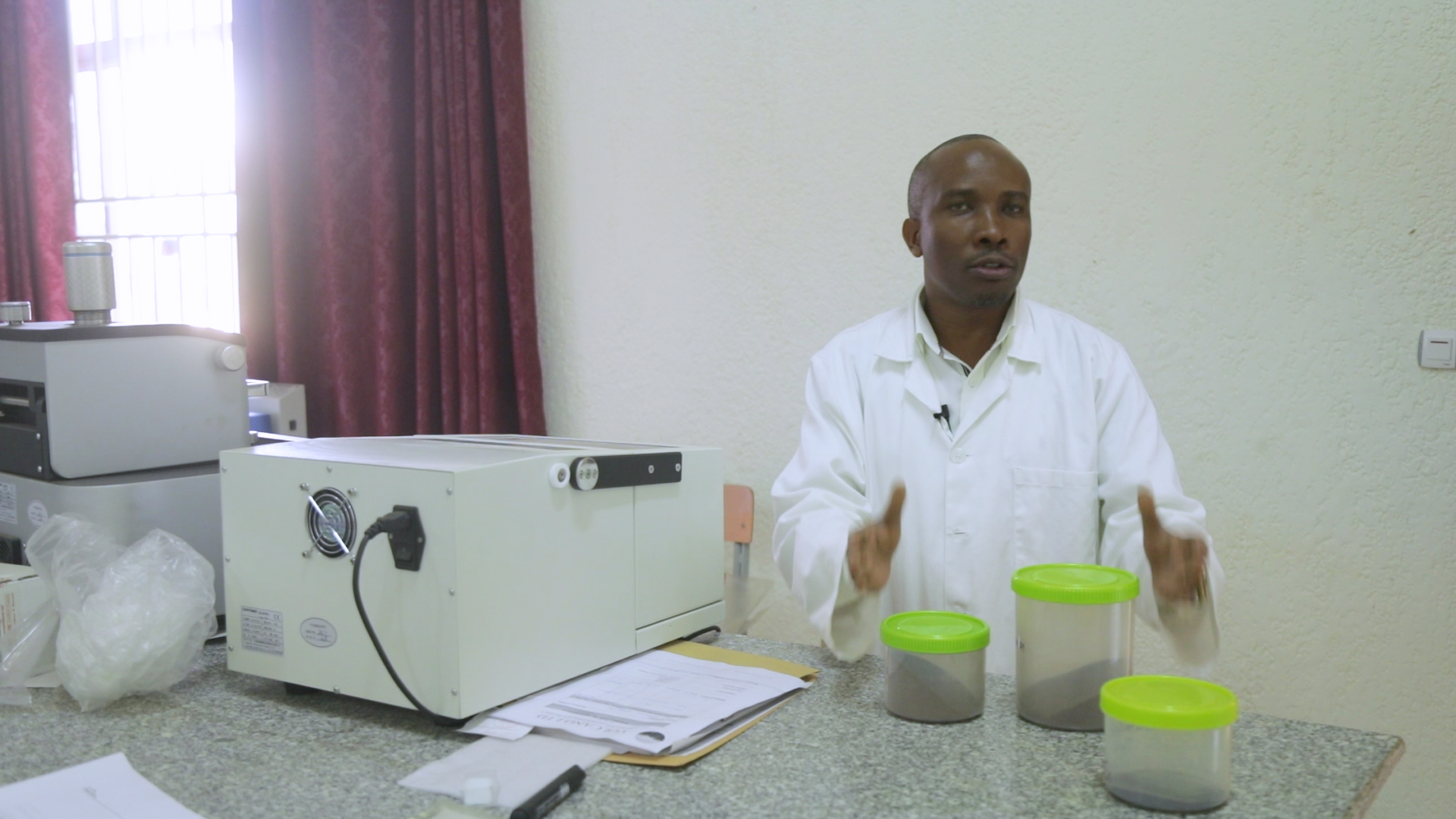 Explaining this scientifically, Mupenzi said that just like electricity, soil has got negative and positive charges, and the more use, the more the soil become acidic (positive).

“When you add NPK in a land which is positively charged, you worsen its situation because NPK itself is positive. It won’t hold, rather, the fertilizer will proceed in water bodies,” he said.

“In such a scenario, you need organic fertilizer which is negatively charged.”

Otherwise, he said, high positivity of the land is characterized by concentration of aluminum and hydrogen which strongly hold on the land and prevent other nutrients to stick in the arable land.

Meanwhile, highest acidic land in the country is allegedly in Nyamagabe and Western Province nearing Nyamagabe in Gisovu which is rated 3.

Acidity is measured through pH, a figure expressing the acidity or alkalinity of a solution on a logarithmic scale on which 7 is neutral. 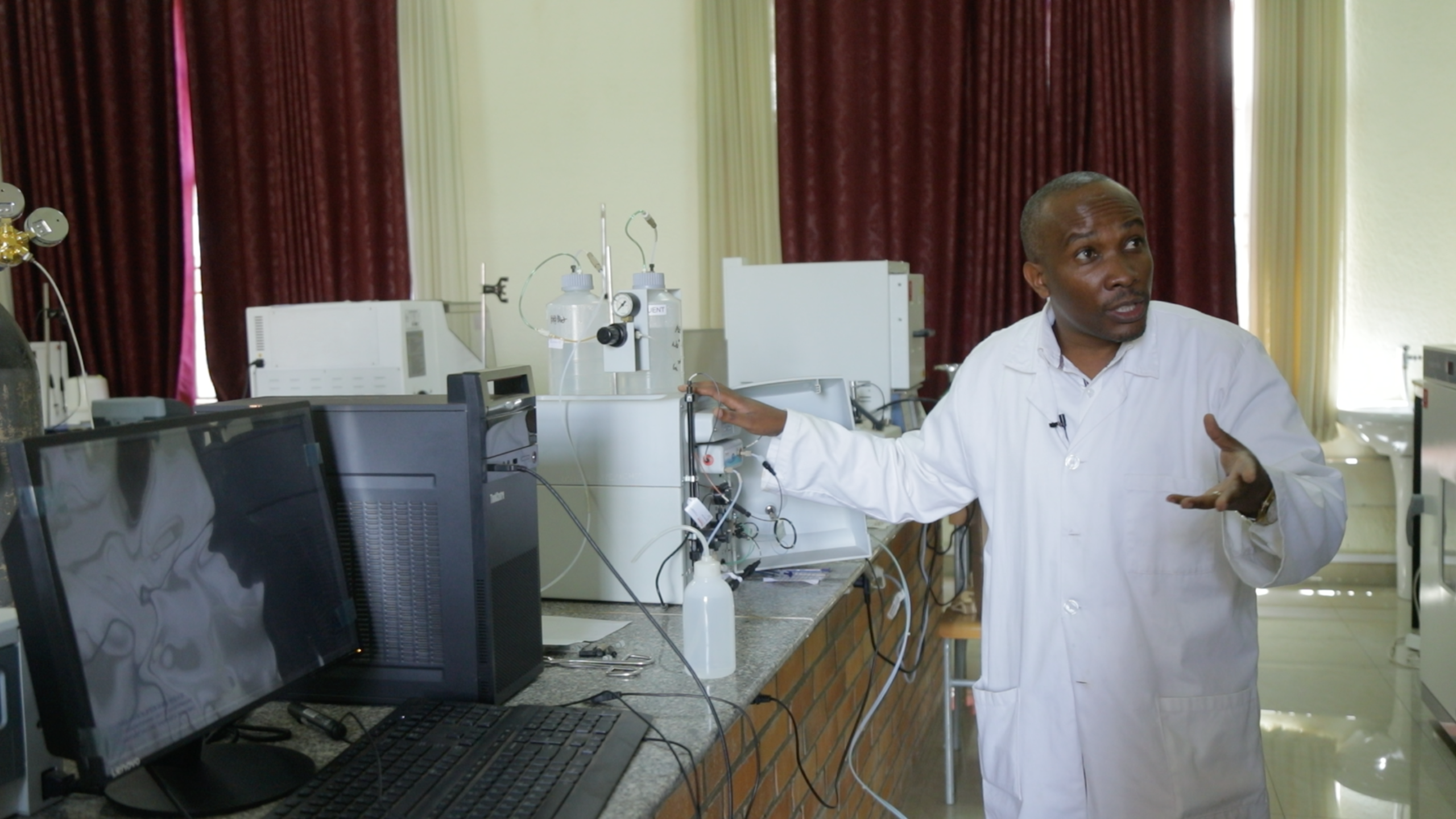 After the research which informed the adequate use of fertilizer in Nyirabidibiri, in September the same researchers will return to the wetland for a new study that will advise on crop cultivation.

Following this study, after two years the researchers will return to see if the recommendation yielded positive results.

However, other people can seek service to the Unilak’s centre of environmental studies to understand their land information.

According to Justin Nsanzabaganwa, Laboratory analyst and lecturer at UNILAK, to analyse land properties, they start by taking samples and proceed by grinding them according to properties they need to find.

An interesting machine in the laboratory analysis is the iron chromatography which measures the iron parameters.

Meanwhile, the spectrophotometer can give results in 5 minutes, compared to the archaic machine which gives results in 1-2 hours.

For a layman, it also surprises to see that rather than taking grinded samples, in analyzing soil properties laboratory analysts have to mix it with water.

Thereafter, they carefully keep the liquid part which looks quite like clean water for sample analysis process.

The same laboratory support water analysis. In UNILAK, they tried to put into practice what they do in the laboratory by creating an artificial wetland.

A natural system of processing toilet wastes from the septic tank to obtain water that can support biodiversity and serve in crop irrigation is another interesting story to watch at UNILAK.

The volcanic stones and some local stones that are paved in a water channel and dam clean the wastes and give water that can even allow fish to grow. 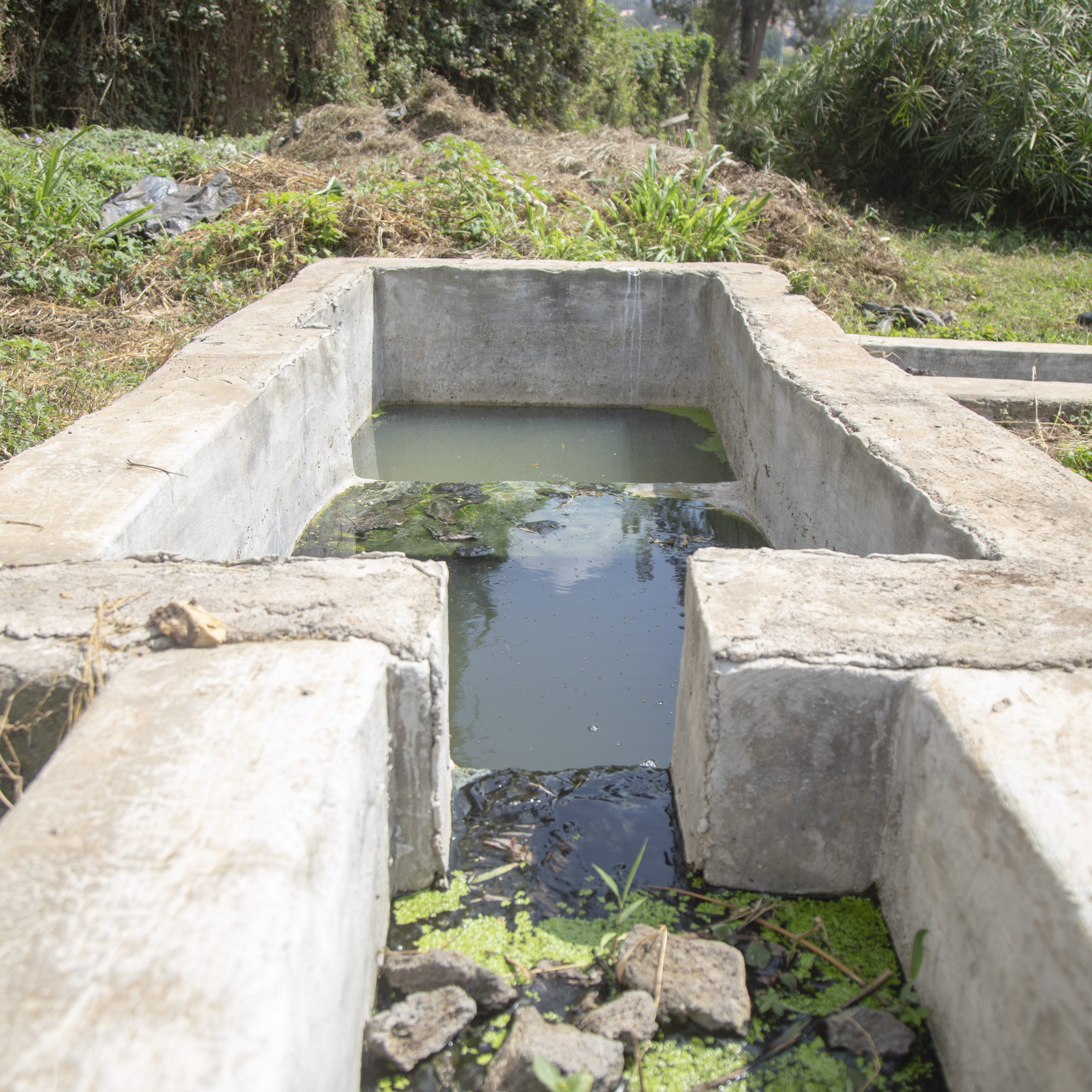 No wonder, the system protects water bodies against pollutants.